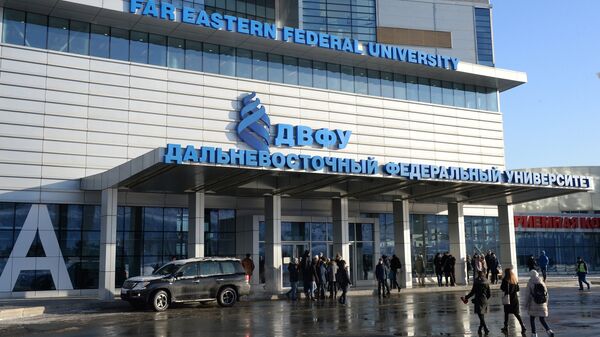 Students from the team of the far Eastern Federal University (FEFU) in Vladivostok has developed a service optimization and operation control PointsMan traffic lights that will better regulate traffic flows, according to the University.

With this project the students came in the top three at national online hackathon to create projects for the Internet of things (IoT) vision and technical Skill Up. Guys for three days were able to develop a service for traffic control on roads on the basis of machine learning, Internet of things, computer vision and neural networks. The team worked along with experienced opponents, among them – graduates of leading technical universities of the country.

“How does he PointsMan: the traffic light has a camera. It reads the number of cars and people. We have a trainable neural network, which is every time better recognizes and anticipates the traffic. Near the traffic lights is QR code scanning which can quickly find out how long the green signal. There is an opportunity and the enable signal is “on request”, and by analyzing road traffic that allows you to effectively organize the movement of cars,” – said the head of the project PointsMan, the eleventh-grader George Budnik.

In the project used the concept of “Smart city” and neural networks. The information is in the mobile app with notification system. Neural networks and machine vision technology enable high precision to analyze the traffic, which will ensure operation without interruption.

Online hackathon Skill Up is a continuous marathon of programmers, designers, analysts and generators of ideas that team for a limited time developing the project. The organizer of the competition was organized by the competence Center STI “wireless Technology and the Internet of things” in the Siberian, Ural and far Eastern Federal districts, Skoltech, the Fund Peregudova.