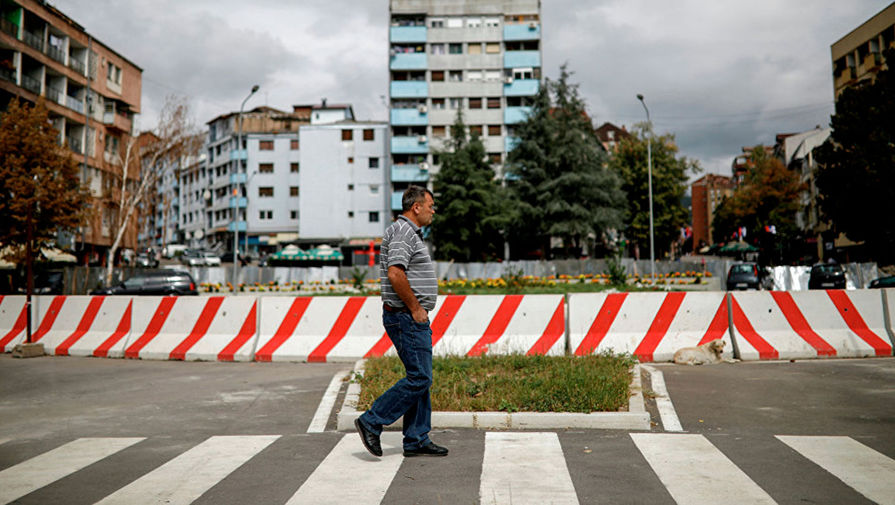 In late June, the leaders of Kosovo and Serbia will meet in Washington, where, according to media reports, the administration of Donald trump intends to offer them a deal to resolve long-standing conflict. Discussed the possibility of granting soft loan in the amount of $200 million, as well as threats about the withdrawal of American troops from Kosovo. The effectiveness of this plan in doubt in the EU, which has long been growing irritated by the actions of Washington in the Balkans.

The US President Donald trump has invited the leaders of Serbia and the partially recognised Republic of Kosovo to hold talks on June 27 in Washington, the newspaper the Wall Street Journal, citing sources.

The fact that the invitation was confirmed in Belgrade and in Pristina. As reported by the U.S. special envoy for dialogue between Serbia and Kosovo, Richard Grenell, ahead of the meeting, Washington called on the parties to freeze the issue of mutual recognition and a campaign to join international organizations.

“If any party is dissatisfied with the negotiations on June 27, they will return to the status quo after leaving Washington,” wrote Grenell on his Twitter page.

After receiving an invitation for talks in the United States, the President of Serbia Aleksandar Vucic called his Russian counterpart Vladimir Putin.

“In a detailed exchange of views on issues of the Kosovo settlement Vladimir Putin spoke in favor of the acceptable to Belgrade a compromise which must be approved by the Security Council [UN]”, — stated in the message of press-service of the Kremlin.

Apparently, the US administration intends to propose to the two warring Balkan Nations some kind of deal. According to WSJ, Washington intends to use the tactics of “carrot and stick”.

As a “carrot” the trump is ready to provide the two countries with preferential loans of up to $200 million At the same time, in what proportion these funds can be split between Pristina and Belgrade is not yet known.

In addition, in the course of negotiations may be affected by the withdrawal of from the region of American troops stationed at a military base camp Bondsteel in Kosovo.

This base is located near the town of uroševac, where the headquarters of the multinational operational group “East” under U.S. command.

Withdrawal can be used by Washington as a threat to Kosovo if Pristina did not show their negotiability. As the assistant to the President for national security Robert O’brien, a key role is played by the question of Kosovo’s high duties on Serbian goods.

“We can’t help if the parties harm the economies of each other by trade barriers, including duties,” said O’brien WSJ.

As the WSJ notes, citing a senior source

Members of his administration hope that the successful achievement of the transaction and the resolution of long-standing dispute will raise the prestige of the American President in the international arena. This is especially important on the eve of presidential elections in the United States, and also given the fact that negotiations with the DPRK and policy of pressure on Iran has not yet yielded the desired results.

In addition, the White house expects that the achievement of the deal will allow the U.S. to gain a foothold in the Balkans. In the United States fear that the region will come under the influence of Russia and China.

However, this activity USA negatively perceived in Europe: in France and Germany at least I doubt that concessional loans are able to solve the Kosovo problem.

Irritation EU mediation of the United States noticeable for a long time, but one of the parties to the conflict, Pristina believes that without Washington will not solve the problem.

According to the President of Kosovo Hashim Thaci, only the United States, who led NATO air strikes on Yugoslavia in 1999 to stop a brutal campaign of Serbia against the rebels in Kosovo, can promote dialogue between the parties.

By the way, trump is interested in the Kosovo issue only after another failure of the EU in this area. In April last year the French President and the German Chancellor attempted to reconcile the parties ‘ positions at the EU summit in Berlin in April, but it failed due to differences between the countries-EU members, in particular, Paris and Berlin.

Then in question interfered with Donald trump, who intended to use for resolving the crisis, its “the art of making deals”. At the end of last year, he was appointed representative for Kosovo, Richard Grenell, who holds the post of US Ambassador to Germany. The mediation of Grenelle agreement was reached on the resumption of direct commercial flights between Kosovo and Serbia.

March 2, Aleksandar Vucic and Hashim Thaci, met in Washington in the presence of the Advisor and son-in-law trump Jared Kushner and adviser to the President for national security Robert O’brien.

During the negotiations the parties discussed the idea of an exchange of territories — the Northern part of Kosovo with the Serbian population in the valley Presevo in southern Serbia, where Albanians live.

This issue is discussed Survived and Thaci in 2018 with the participation of President of France Emmanuel Macron and German Chancellor Angela Merkel. The topic was raised at the EU summit, but the discussion has not led to any progress. The idea of territorial exchange has drawn criticism from many leaders of the European Union, they fear that such actions may give rise to new requirements on the redistribution of territories in the region.

Soon after meeting Washington contributed to solve another acute problem. Last year, Pristina imposed a 100% tariff on goods from Serbia and Bosnia and Herzegovina, which caused their strong dissatisfaction. The EU calls for the abolition of fees had no effect.

In March of this year, two weeks after the meeting, Vucic and Thaci in Washington, the us government Corporation “Millennium Challenges”, which provides assistance to developing countries, announced that it is freezing the funds allocated to Kosovo as long as the Republic does not cancel completely and unconditionally duties on goods from the two Balkan republics.

The next day, the government of Kosovo announced the lifting of trade taxes on raw materials from Central Serbia and Bosnia and Herzegovina, and on 1 April the Prime Minister announced the suspension of 100% duties on import of Serbian and Bosnian goods. 7 Jun new Kosovo government abolished them completely.

How to make a cell with their hands

The staff of the NSDC of Ukraine was infected with coronavirus