Versions of occurrence of a pandemic of mers may appear even a lot, and one of them belongs to academician Ershov Felix. Felix Ivanovich convinced that the XXI century is the century of new epidemics only because people started to invade nature is too rough and aggressive, not knowing what she has in stock has an army of deadly microorganisms that have become masters of the planet long before humans. 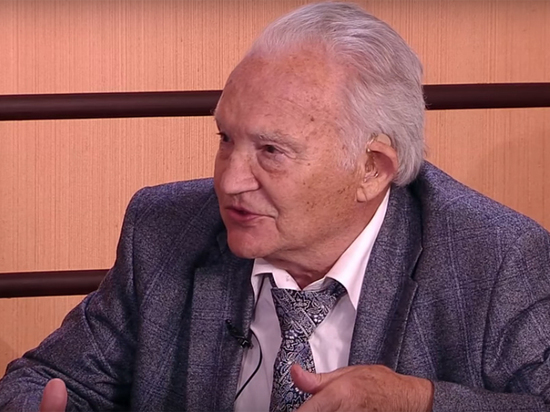 – Felix Ivanovich, you are more than half a century engaged in the study of viruses. How you feel about them?

– With respect. Viruses are the first living creatures that appeared on Earth four billion years ago. And we came to this world “only” two hundred thousand years ago.

In other words, a reasonable man, Homo sapiens, came very late into the long existing world of viruses and the story of his stay on Earth in constant contact with them.

– The relationship of viruses that initially was difficult, right?

– The early history of Virology knew the terrible virus outbreak. At first the army was led by the virus smallpox, which once decimated entire cities and countries. Killed millions of people. Another plague infection was the measles, is characterized almost entirely by very high morbidity and mortality.

– How many viruses have already been opened?

– 2321 types of viruses. This includes viruses of vertebrates, plants, invertebrates, bacteria, fungi, archaea, and birusovaya algae and protozoa. Of this number, for people are a danger 25 families and 87 genera of viruses, about 1,200 infections.

From the file “MK” , “By the end of the twentieth century began to seem that all the agents of viral infections is already known. But no-there it was. The beginning of the XXI century was marked by new viruses threatening the entire humanity. Here is a chronology of the first 20 years of the new Millennium.

2001 — opened metapneumovirus. They caused severe lesions of the respiratory tract (bronchitis and pneumonia) in children and adults.

2002 — Hong Kong children began the outbreak of SARS (severe acute respiratory syndrome) caused by coronavirus, opened in 1965. The disease quickly spread to 37 countries and was named SARS. Then ill 8422 people, of which 916 died.

2012 — Saudi Arabia has been allocated a new МERS CoW coronavirus — cause of severe respiratory disease (mortality rate reached 50%). The reservoir of this deadly virus were dromedaries.

2014 — in Guinea and several other African countries outbreak of hemorrhagic fever of Ebola.

2016 — an outbreak of hemorrhagic fever caused by a virus zika.

2018 — the US was an outbreak of acute respiratory viral infections (ARI) caused by adenovirus 7-type.

Viruses of the XXI century — a new attack or old?

– The cause of these diseases was as new, previously unknown viruses and old friends who came back and again began to cause a familiar infection. Virologists called these viruses “vozvrashenie “.

The most deadly infectious disease with high transmissibility, rapid development and distribution, severe course and high mortality allocated to the group of acute “quarantine” infections that represent an exceptional epidemic danger.

These viruses are so terrible that they, as the fire spread very quickly and affect many people simultaneously in different countries. This group includes the viruses that cause such deadly diseases as the flu and the entire team ( more than 200 viruses) acute respiratory viral infections (ARVI)., yellow fever and similar hemorrhagic fevers of Marburg, Ebola, Zeke and others.

But there is another group of viruses are the causative agents of chronic diseases. Them hundreds of times more than acute, and they are a lot more dangerous . Suffice it to mention a large group of herpes viruses, hepatitis, HIV.

– All right. They are a major cause of morbidity and mortality. These viruses long ago joined with us in some kind of Alliance – they live in our body without killing him, but often causing debilitating, undulating perennial creeping disease. Periods of relative quiet alternate with exacerbations (relapses). Relapse — remission — relapse — remission, after so many years, sometimes a lifetime.

Thus in nature for centuries has been a grinding person to viruses, and viruses to human. Gradually established a balance: the virus is unprofitable to kill us, and we are not interested in dying before their time. So we, like, need something good with them “to agree”.

But there is a feeling that recently people have opened Pandora’s box. Why viruses suddenly massively fell down on our heads?

– In the “hands of nature” viruses have become a very convenient tool for testing of mankind to the observance of centuries-old rules relationship of micro – and macrocosm. However, when these rules are broken, the viruses in response to “show teeth”. Suffice it to recall the human encroachment into the jungles of South America and the Islands of Indonesia, in forests of Europe, Siberia and the African continent.

Wherever people have contact with wildlife, there is the need for protection from unknown virus diseases. The service regularly carried and carries a special army of viruses (arboviruses) transmitted by insects (mosquitoes, ticks). They are natural focal pathogens and make up almost half of the known pathogenic viruses. For a long time, sometimes years, the arboviruses are sitting in safes, in the organisms of blood-sucking insects — mosquitoes, ticks, and mosquitoes, without causing them the slightest harm. But, attacking people and infecting them, these insects cause severe and often fatal disease.

Is there any other examples?

– Other examples from the recent past is the “plague of the twentieth century”- HIV infection as a result of the “sexual revolution” and viral hepatitis b and C, affecting mainly the “injecting drug users”. For these cases the characteristic blood intrusion method

– What are the causes of so frequent in the twenty-first century viral epidemics and pandemics?

Accepted naive to assume that all the fault of the viruses. But the matter is not in them. Over the past hundred years ago, the world science managed to create anti-viral drugs, to make effective vaccines in the first place, especially against the threat of viruses that cause global epidemics and pandemics with a large number of victims. Now created means against influenza, herpes, hepatitis, AIDS. You need to always keep in mind that we are to viruses — simply food services. Viruses to to live, we need living cells that make us up. They, in fact, still what to eat. They spetsializiruyutsya and on plants and animals. So, again, the matter is not in viruses.

The twentieth century saw the frantic leap of the scientific-technical civilization. The sky was filled with planes, streets, cars, houses, refrigerators and televisions, pockets – cell phones and the list goes on. The ideal was a society of consumption. There was a danger of suppression, distortion and simplification of the individual, the decline of intelligence and of extinction creative impulses, inevitably leading to a lack of spirituality, when a person becomes a third-rate. This is well said by our great philosopher Nikolai Berdyaev:

“The era of civilization began with the triumphant entry of machines in human life. Life ceases to be organic, losing touch with the rhythm of nature. Between man and nature becomes artificial medium guns, which he tries to subdue nature…. The machine imposes the stamp of his image on the human spirit, on all sides of its activities… Civilization is the substitution of the goals of life means life !”

As a consequence of the jump of the civilization of the twentieth century there have been significant changes in society. In connection with the development of science and technology people have learned to move quickly and also quickly carry the virus over long distances in short periods of time

A man who considers himself “king of nature” began to behave extremely short-sighted in relation to the surrounding kingdoms of animals and plants. Mastering nature, he began to destroy it.

These causes could contribute to the frequent outbreaks of viral infections in the first 20 years of the new Millennium.