In early summer you can cook salted cucumbers. This will perfectly suit the varieties of vegetables grown in the greenhouse and in the open field. Salted cucumbers can be eaten alone as a snack, they are perfectly combined with other vegetables in salads.

The easiest way of pickling when cucumbers are ready to eat in a day. Here are mouthwatering, crispy and delicious pickles out. 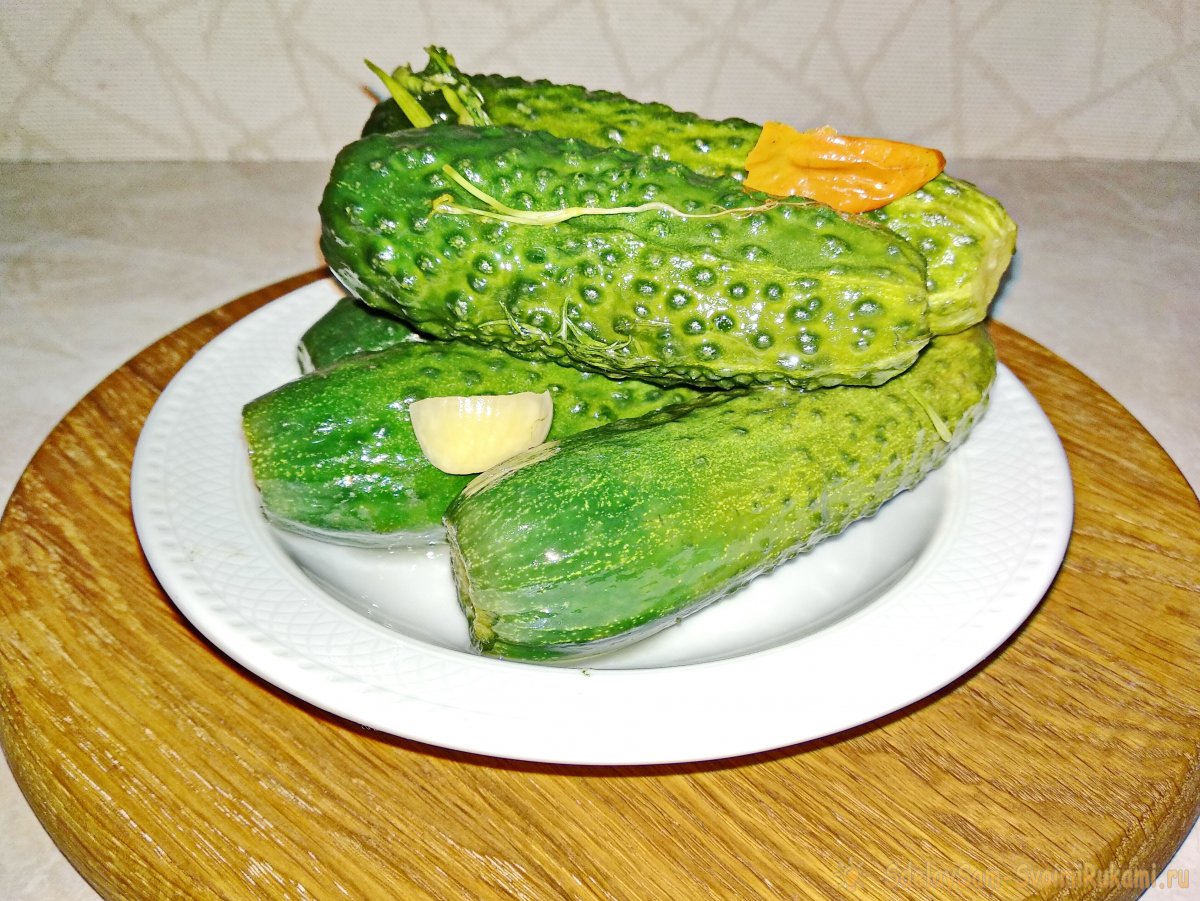 You have to prepare all the products. Cucumbers for an hour leave in cold water and then wash carefully. Dill wash. The lower part of the stems, where there can be sand, pay special attention.

To prepare the jar and lid. 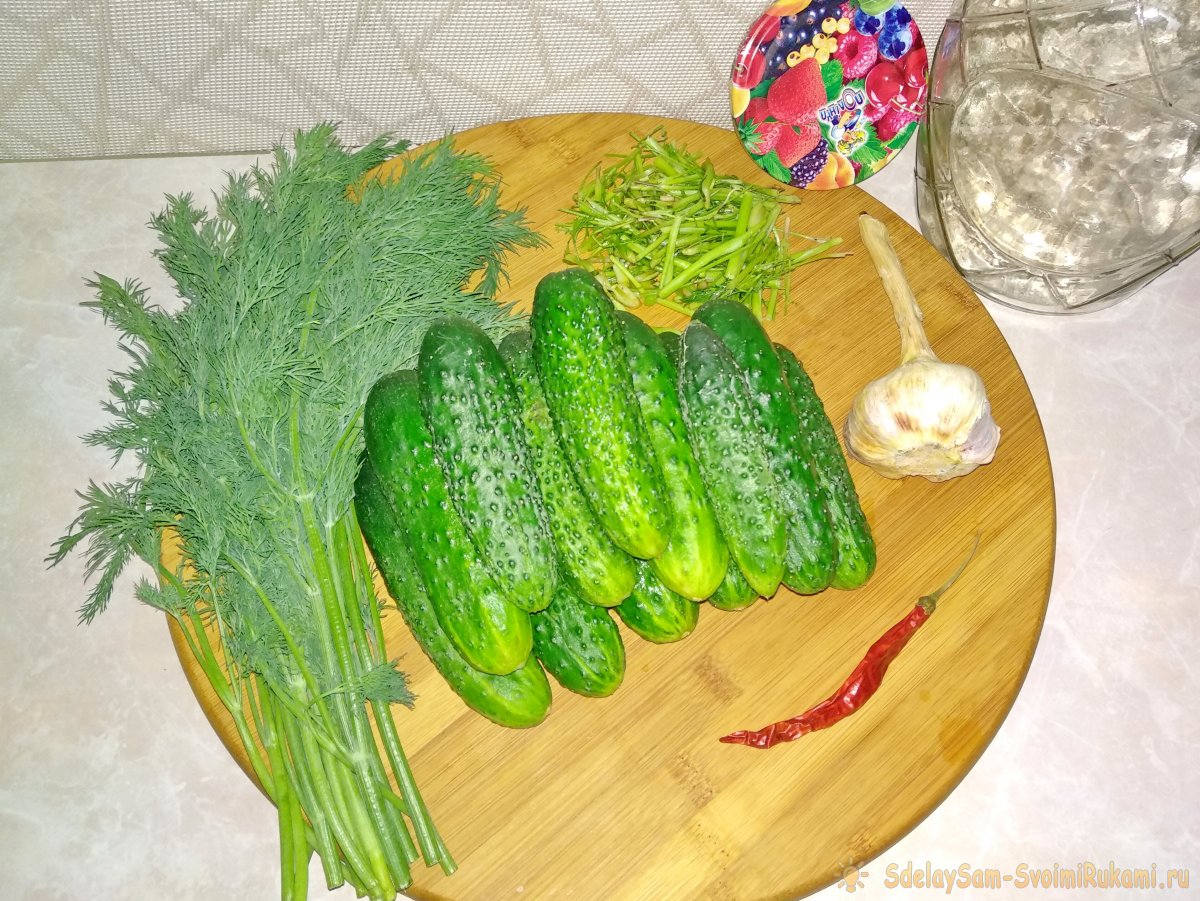 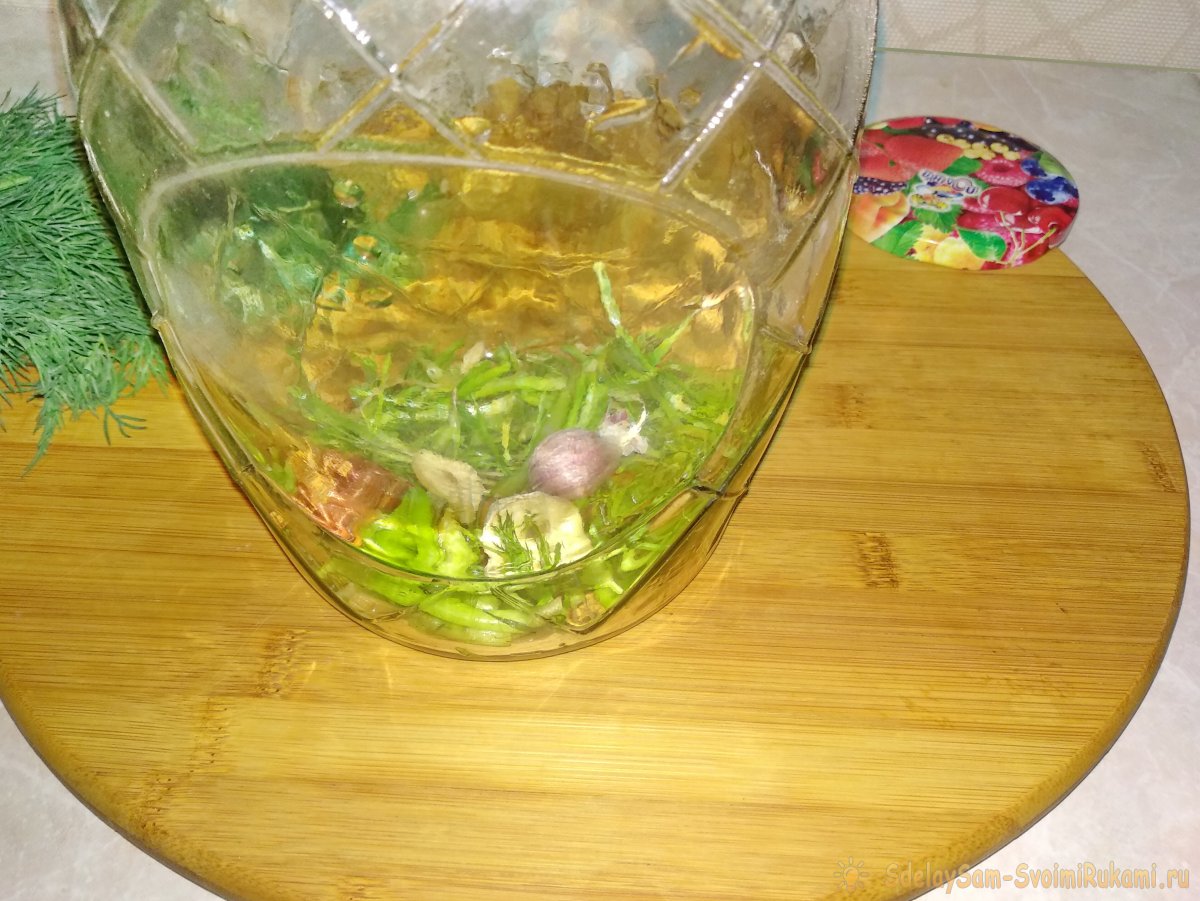 Tightly fill the jar with the cucumbers, alternating the dill. On top of the cucumbers again put the garlic, dill and a part of bitter pepper. 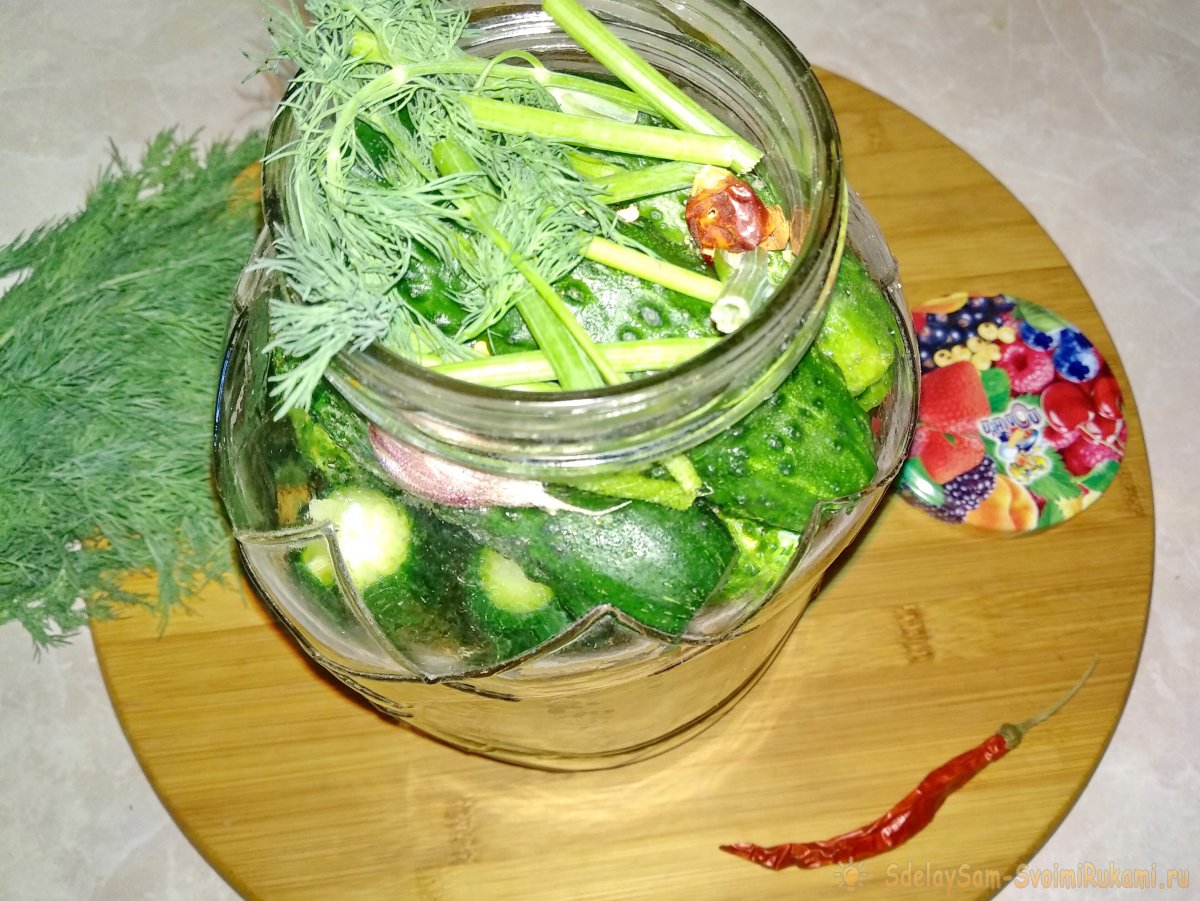 Directly into the jar, pour salt and sugar according to the recipe. 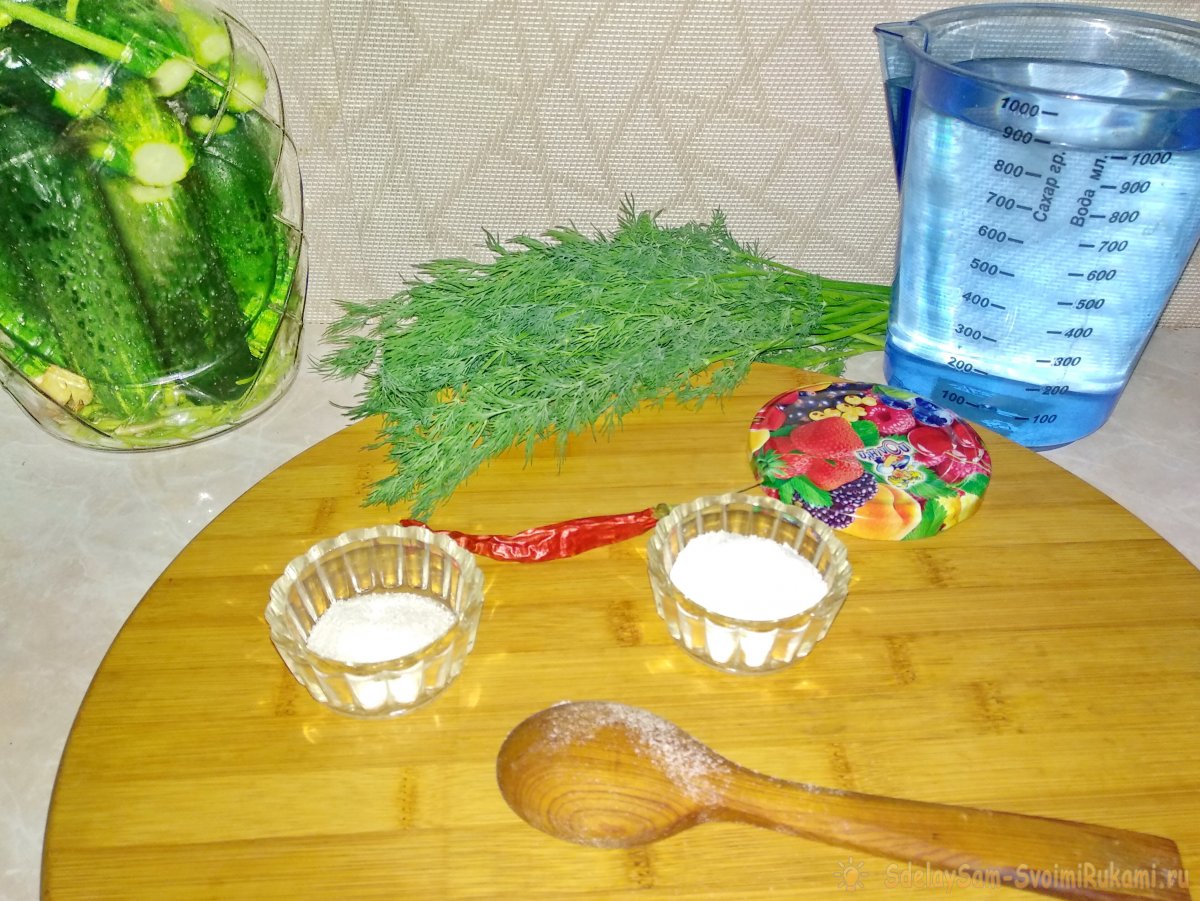 Cover with a lid. The salt and the sugar is dissolved well, shake the jar. As the water is cold, after fermentation of cucumbers practically will not lose its bright color, but will proclivities a little longer. If cucumber pour boiling water, they are salted faster, but it will be dark green.

On the day we leave a jar of pickles at room temperature. 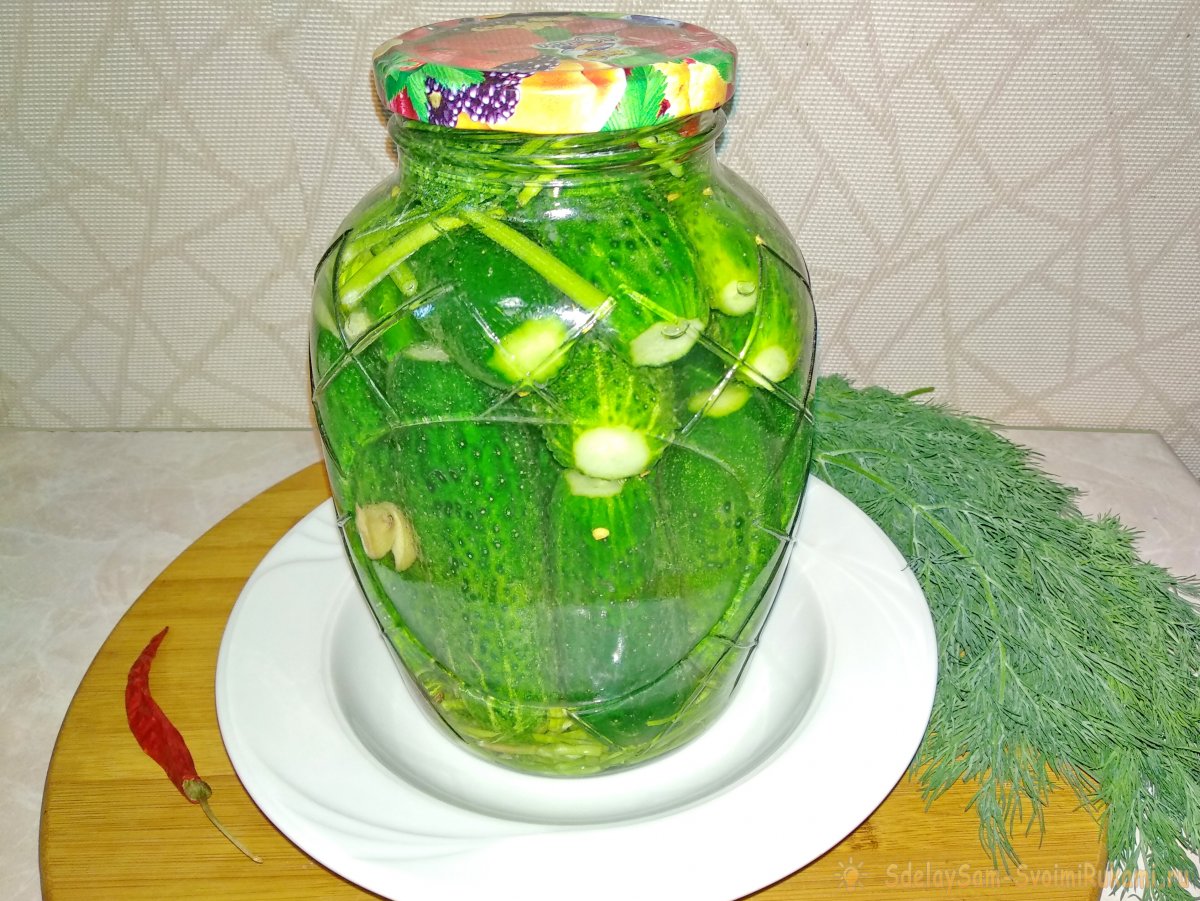 A day later the cucumbers are ready. You can eat, and can go in the fridge, so they will be more crispy.

Pickled cucumbers recipe is incredibly simple and fast. For cooking you spend just ten minutes of your time.

Scientists estimate the possible number of alien races in our galaxy

Modification of a 3D printer in a CNC machine

How to make a cell with their hands

Small wall shelf made of concrete and plywood

The cherry weevil. How to protect a garden from this pest?