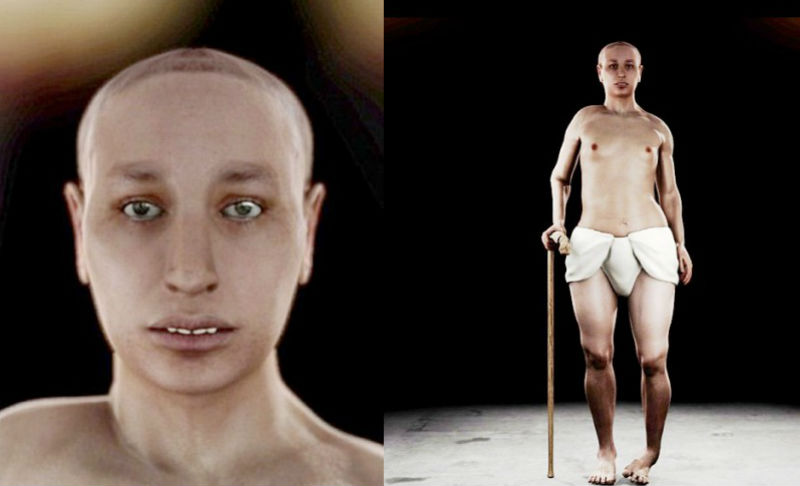 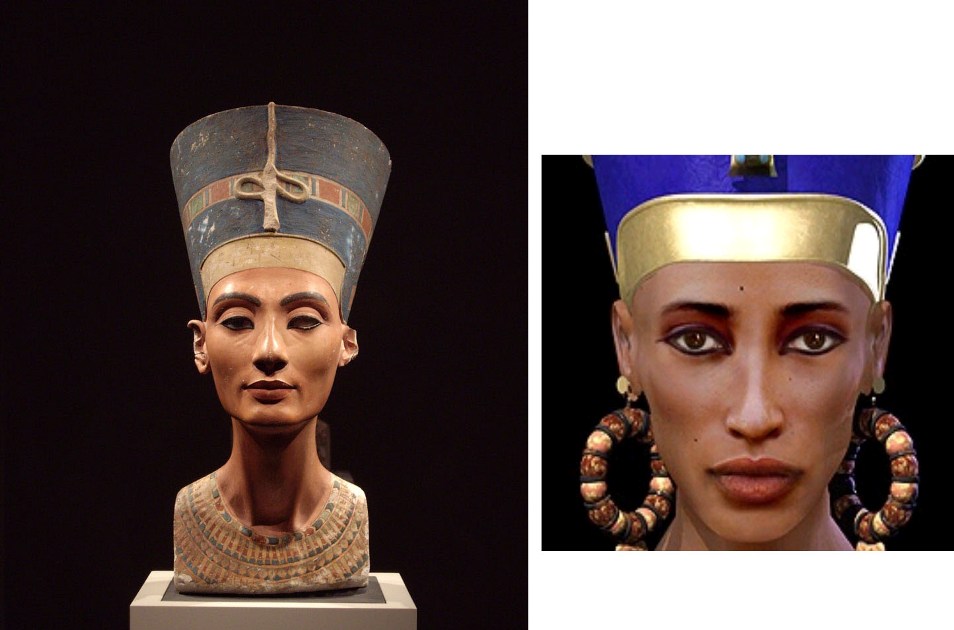 1. Not possible that looked so famous Nefertiti — the mother of the Pharaoh Tutankhamun.

In 2003, Egyptologist Joann Fletcher KV35YL mummy was identified as Nefertiti — “main wife” Egyptian Pharaoh Akhenaten XVIII dynasty. Then we made a reconstruction of her face. However, in 2010 as a result of DNA research revealed that the remains do not belong to Nefertiti, and the other the “second half” of Akhenaten, and in combination, and his sister. However, maybe she was the wife of another Pharaoh — Smenkhkare. However, the Egyptologists agree that the remains belong to the mother of Tutankhamun. 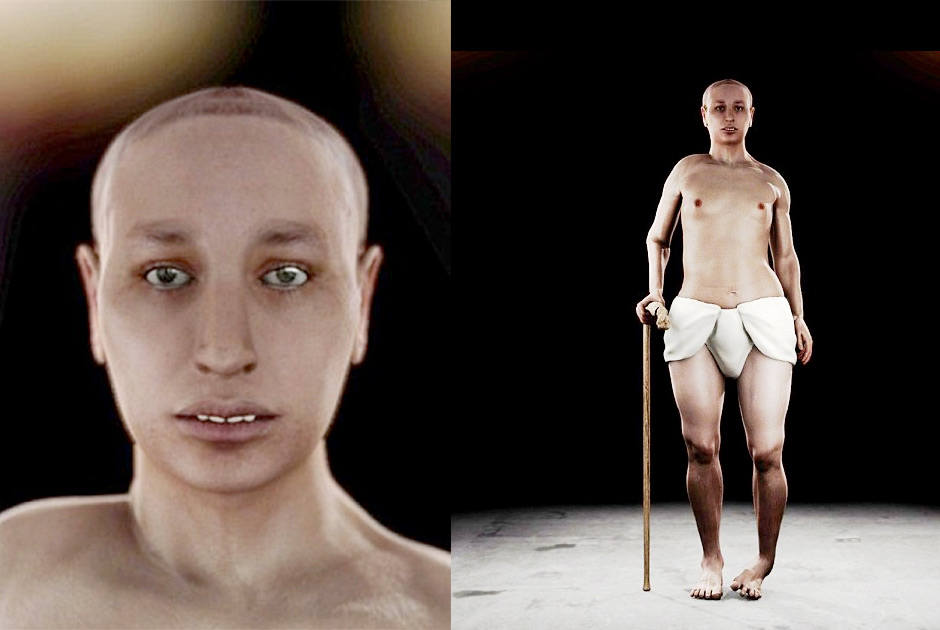 2. British scientists using the virtual autopsy recreated the image of Tutankhamun — Pharaoh XVIII dynasty of the New Kingdom, who ruled Egypt in 1332-1323 years BC.

Scientists believe that Tutankhamun suffered from genetic diseases, and malaria, which may have caused his early death: Pharaoh died at the age of 19 years. Half of the men living in Western Europe, are descendants of Egyptian pharaohs and, in particular, relatives of Tutankhamun, scientists say. The common ancestor of the ruler of Ancient Egypt and European men with haplogroup R1b1a2, lived in the Caucasus about 9.5 thousand years ago. Carriers “Pharaonic” haplogroup began migrating to Europe about 7 thousand years ago. 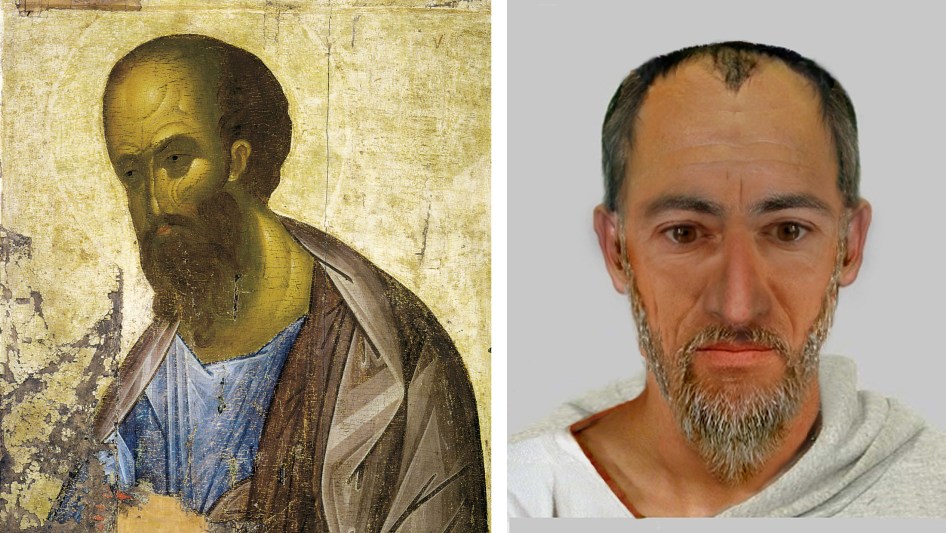 3. The Apostle Paul — the largest figure of world history, one of the authors of the New Testament and one of the founders of Christianity.

Saint Paul lived in 5-67 years BC. Paul has created numerous Christian communities in Asia Minor and the Balkan Peninsula. In 2009, for the first time in history scientific study was conducted sarcophagus located under the altar of the Roman Church of San Paolo-Fuori-Le-Mura. In the sarcophagus were found bone fragments that were subjected to study using carbon-14 experts, who did not know about their origin. According to the results, they belong to the man, who lived between I and II centuries This confirms the undisputed tradition, where we are talking about the remains of the Apostle Paul. 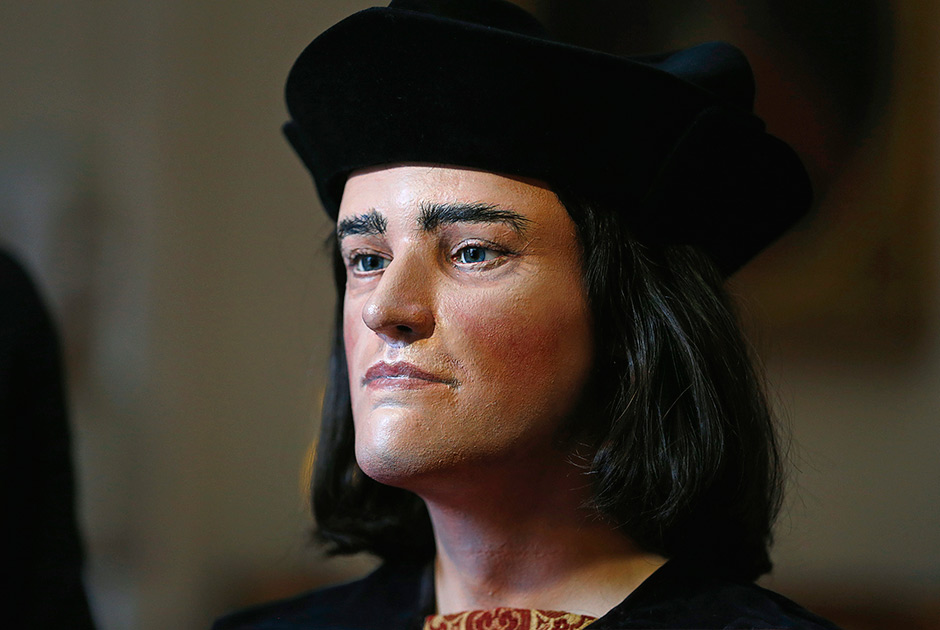 4. King Richard III, reconstructed from the remains discovered in the autumn of 2012 under a car Park in Leicester.

Richard III — the last of the male line Plantagenet on the English throne, ruled from 1483 to 1485. Recently, it was found that Richard III died on the battlefield, and then losing his helmet. Before the death of the English king received 11 injuries, and nine times had in mind. No wounds on the bones of the hands suggests that at the time of the death of the monarch was still in armor. Richard III was killed at the battle of Bonforte, fighting contender for the throne — Henry Tudor (future king Henry VII). 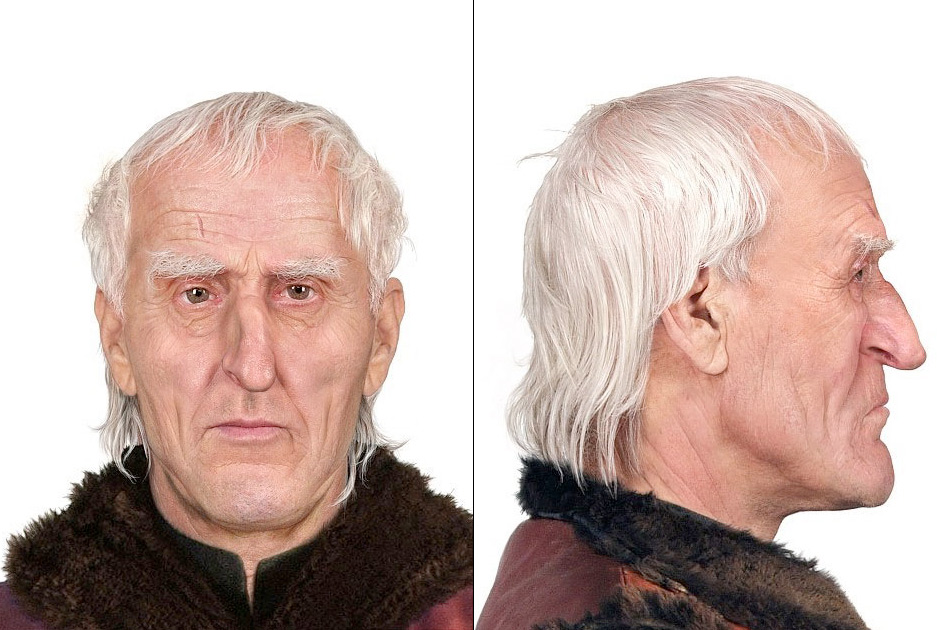 5. The remains of the Creator medieval heliocentric world picture of Nicolaus Copernicus was discovered in the Cathedral of Frombork (modern Poland) in 2005. In Warsaw, Central forensic science laboratory performed a computer reconstruction of the face.

In 2010, the International Union of pure and applied chemistry have been assigned names, and in 2011 approved the notation elements: Darmstadt, rentgene and copernici (or copernici) — rooms 110, 111 and 112, respectively. Initially, the 112th element, Copernicium, named after Nicolaus Copernicus proposed a symbol Cp, then it was changed to Cn. 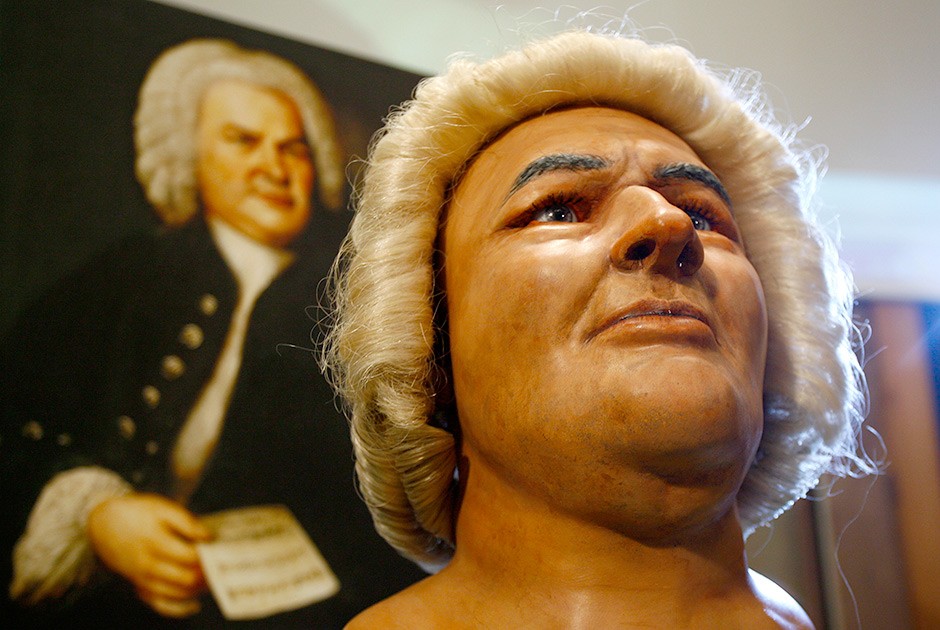 6. In 2008, the Scottish anthropologist Caroline Wilkinson (Caroline Wilkinson) has revolutionized the appearance of the great German composer of the XVIII century by Johann Sebastian Bach.

The remains of Bach were exhumed in 1894, and in 1908 the first sculptors tried to recreate his image, guided, however, well-known portraits of the composer. Critics of the early XX century was dissatisfied with this project: they claimed that the bust with the same success can represent, for example, Handel.

7. Reconstruction of the face of William Shakespeare made from the death mask of the English poet and playwright.

The hypothesis of infinite monkeys, which sooner or later will print the artistic creation of William Shakespeare, was tested us programmer Jesse Anderson (Jesse Anderson). Program-monkey was able to print the poem Shakespeare “a lover’s Complaint” (A Lover’s Complaint). However, an attempt to test the hypothesis on live monkeys failed. In 2003, the cage of six macaques in Pythoncom zoo (UK) was placed connected to the computer keyboard. Monkeys scored five pages of rambling text and a month later broke the keyboard. 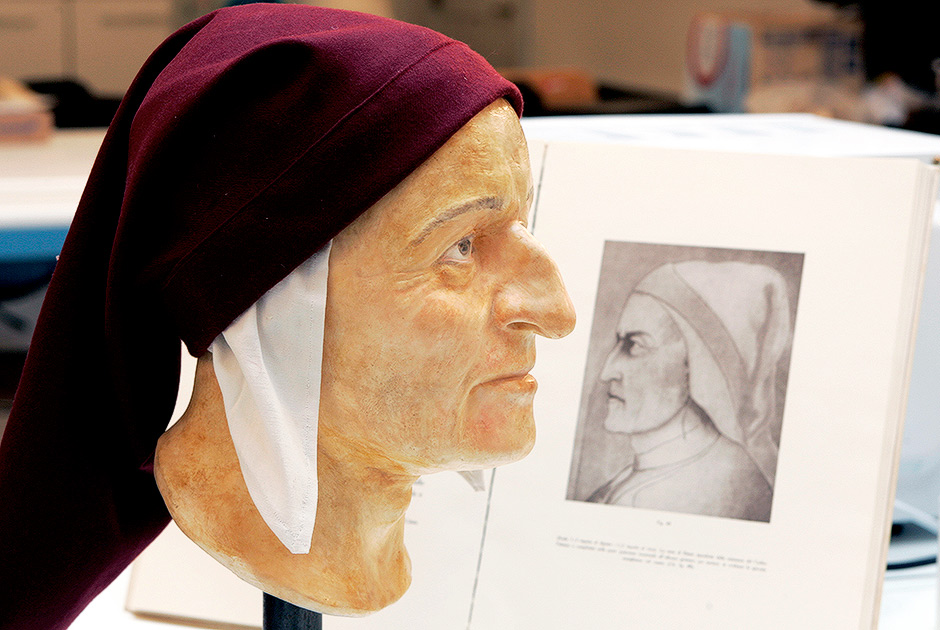 8. In 2007, Italian scientists from the University of Bologna have revolutionized the appearance of the great Italian poet abroad XIII and XIV centuries, Dante Alighieri.

Dante Alighieri, according to some scientists, could suffer from narcolepsy — a disease of the nervous system, accompanied by bouts of sleepiness and sudden sleep. These conclusions are based on the fact that in “the divine Comedy” Dante with great precision reproduced the symptoms of narcolepsy, and often accompanying her cataplexy, i.e. sudden loss of muscle tone. 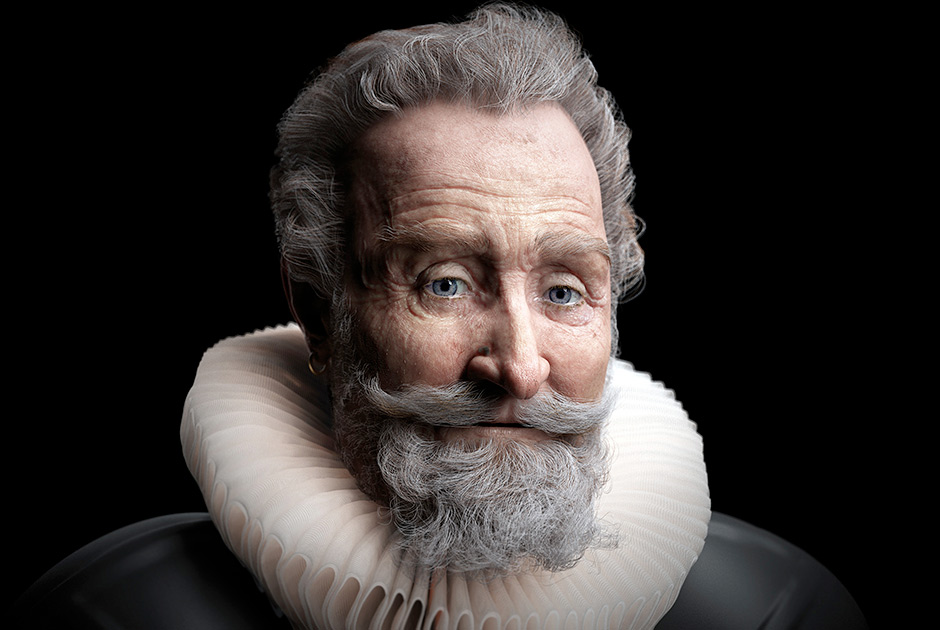 9. Perhaps such was Henry IV — king of France, the leader of the Huguenots, slain by a fanatic Catholic in 1610.

In 2010, the forensic experts, led by Philippe Charlier (Philippe Charlier) found that preserved mummified “head of Henry IV” is genuine. On its basis, in February 2013, these same scientists presented the reconstruction of the external appearance of the king. Nevertheless, in October 2013th another group of geneticists questioned the authenticity of the remains of the monarch of the Bourbon dynasty. 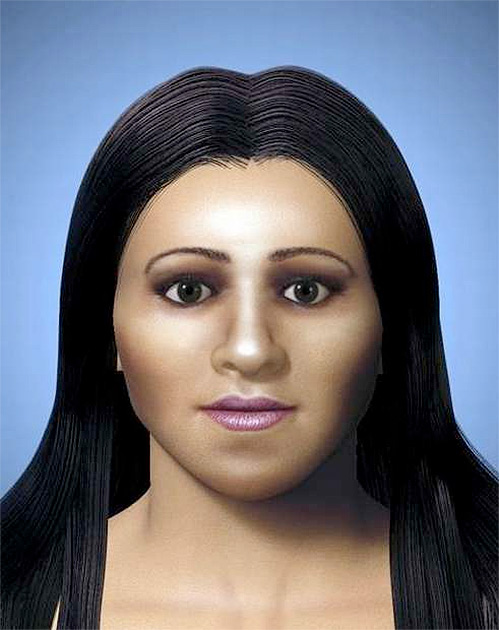 10. In 2009 it was reconstructed appearance of Arsinoe IV, the younger sister and victim of Queen Cleopatra. Arsinoe’s face recreated by the standards, removed from her skull, lost during the Second world war.

Arsinoe was killed in a 41-year BC. According to Roman historian Josephus, it was executed in Ephesus on the orders of Mark Antony and Cleopatra, who half-sister as a threat to their power. 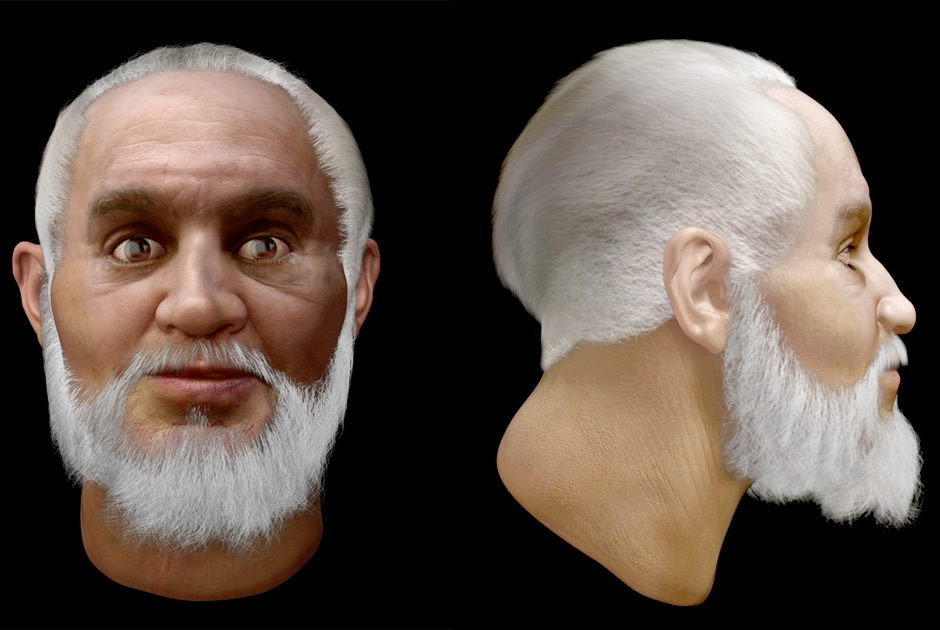 11. The appearance of St. Nicholas reconstructed according to the Italian Professor of anatomy, obtained in 1950 during the restoration of the Basilica of St. Nicholas in Bari.

In Christianity, Nicholas of Myra is revered as a miracle worker and is the patron Saint of sailors, merchants and children.