Pandemic the entire world met virtually unarmed, no one knew how to treat the new coronavirus. In General, effective drugs there are still, however, scientists continue to seek, and doctors to try of what is and what theoretically might work. 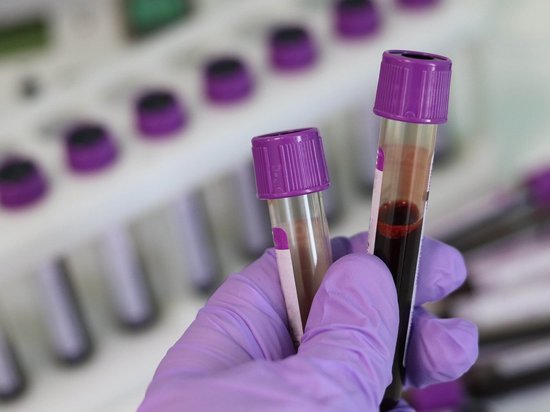 For the months that the pandemic rules the world, the treatment of the disease had changed multiple times and drastically. First, the emphasis is on antivirals, then they almost refused. Now there is increasing evidence that antibiotics, which also tried to act randomly, rather do more harm than good. Not only that, now doctors have no doubt that the damage to the lungs when kovid has nothing to do with pneumonia. “It would seem that changing from the name of the disease: pneumonia, pneumonitis or interstiziale? Actually very much, – says doctor Denis Prokofiev – everything depends on it: diagnosis, treatment, rehabilitation. Give us the diagnosis, using COVID-19 the correct term: “interstiziale” – a process manifested by inflammation and disruption of the structure of the alveolar walls. This language will force the doctor not to resort to unnecessary prescription of antibiotics, and to think about using other means of treatment, especially anti-inflammatory drugs”.

On the topic, or not to use the ventilator, also had a lot of controversy, especially when it turned out that survive on them, not all. “Before, we focused on the number of IPPV, and now tend to transfer patients to where higher mortality,” – said academician of RAS, General Director of the National medical research centre named after V. A. Almazov, President of the Russian society of cardiology Evgeny Shlyakhto.

Besides, has not justified itself, the pattern of use of hydroxychloroquine with azithromycin, which at first was considered a panacea: recent studies have shown that when low of efficiency, it significantly increases the mortality of patients.

But the arena went out and it is firmly entrenched anticoagulant and low molecular weight heparins – drugs that prevent the formation of blood clots, the main and most frequent complications COVID-19.

“At first we thought that the new virus should be treated like the SARS, but the infection was quite different. For example, were pinned hopes for Kaletra as an effective antiviral drug, but she almost refused,” – says Evgeny Shlyakhto.

Another discovery was the use in the treatment of a new disease of group of drugs corticosteroids – steroid hormones produced by the adrenal cortex. Turns out they have powerful anti-inflammatory and immunomodulatory effect against new infection. “At first it was thought that they under the new virus is contraindicated, since it can stimulate increased proliferation of the virus in the cell. But now they vajolet in the first place and were the main drugs that are prescribed to such patients. If you experience a critical situation of the virus in the body is already almost there and it is very important not to miss the therapeutic window for glucocorticoids administration to stop the cytokine storm. Practice shows that to start their such patients should be as before, not in the ICU when the storm is difficult to stop, says academician Shlyakhto. – Cytokine storm leads to major consequences, the development of fibrosis, pulmonary failure, vascular complications “.

…In the world today are thousands of studies on drugs to combat the novel coronavirus. For example, in the field of tissue engineering: scientists have recently discovered that the human protein АПФ2 reduce infection of the crown in the cells. There are attempts to create recombinant human АПФ2. On its basis the development of biomolecules-in traps (decoy biomolecules) that can neutralize the virus and reduce lung damage. Preliminary studies have shown that the drug created on the basis of soluble recombinant АПФ2 effective in patients at an early stage of the disease.

Another promising development – nanoparticles for the recovery of the lung tissue and suppress the cytokine storm. For example, it is known that respiratory syncytial virus overexpression protects the respiratory system cytokine called LIF improves recovery of the lungs in pneumonia. Although the role of LIF in SARS-Cov-2 is not understood, scientists theorize that it could work. Experiments with nanoparticles of LIF in mice have already been conducted and have shown their immunomodulating effect and also the ability to reduce inflammation in lung tissue. It is assumed that inhalation of LIF-nanoparticles can be a new therapy recovery lung tissue and suppress the cytokine storm in patients with “crown”.

As the Director of the Institute of Bioorganic chemistry, national Academy of Sciences of Belarus Svetlana babitskaya, the development of an original medicine from scratch requires a minimum of ten years of hard work and about a billion dollars, and now scientists have neither the time nor the money. Of the commercially available drugs about 150 are considered to be promising against coronaviruses. Among them, antiviral and immunomodulators (to limit the excessive reactions of the immune system, and antibodies (including both plasma and created in a lab). Speaking of novelties, in neighboring Belarus began a project to study the impact on coronavirus infection injection of mesenchymal stem cells.

"I used to go for a breakthrough": Interview with former political prisoner Eduard Kuznetsov, sentenced to death for the preparation of the hijacking in the Soviet Union

Russian scientists have developed a method for RNA detection of cancer