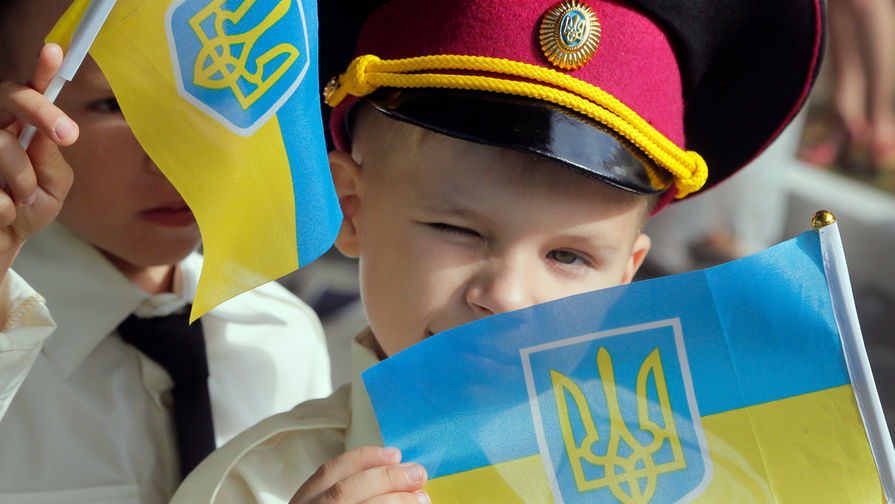 Ukrainian students passed the practice exams on the history of the country. The rejection of the Soviet past and “aggression” of Russia are not surprising, but this year, my senior job to find such words as “Nazi”, “Hitler” and several others. No issues and the Crimea and Donbass, and the Great Patriotic war has become a “Soviet-German”.

In Ukrainian schools there were two trial phase of External independent testing (EIT) is actually an analogue of the Russian Unified state exam (use), testing took place on a number of subjects, but of particular interest is the training of students in the history of Ukraine.

Recently, the attitude of the Kiev authorities to this subject can be called biased, modern history textbooks idealize the time of existence of the Ukrainian national Republic (UNR), which appeared after the October revolution and subsequently partially converted in the USSR. The period of life of the Republic within the USSR actively criticized as everything associated with modern Russia.

This policy was reflected in the trial UPE in history, writes “Strenia” with reference to the test set. The questions referred to the period from the beginning of XX century in the modern history of Ukraine.

For example, for the same UPR tasks ranged from who was the head of the Central Council, to the names of officials of the Republic, to enter into an Alliance with Poland. However, there were enough ambiguous questions about the head of the unrecognized in the Orthodox Church the Ukrainian Autocephalous Orthodox Church Vasily Lipkowska that in 1926, the State political Department of the NKVD of the RSFSR demanded to remove from the leadership.

As the newspaper notes, the question is more suitable for seminarians, or historians, than regular secondary school students.

But, interestingly, the wording of the task almost literally repeats the text from the website of the Institute of national remembrance, tasked with providing a comprehensive study of the stages of the “struggle for the restoration of Ukrainian statehood in the XX century” and conduct de-communization.

In General, this explains why this question appeared in a school test. Such a relationship sets the tone for the entire contrib history.

Without the Nazis and Hitler

The great Patriotic war in the dough is not given, and call it otherwise

compilers job she’s not even the Second world war, and only the Soviet-German.

On the subject of only three questions: who are the “Chernovitsky” — combat units formed from the civilian to the liberated territories, who are called “black infantry” because of the black jackets. According to some estimates, the majority of these units are not trained and often came on the battlefield without weapons, and often they were Ukrainians.

The second question concerned the date of occurrence of the Ukrainian insurgent army (UPA, an organization banned in Russia), which is idealized in modern Ukraine along with its leaders, collaborators present as fighters for the independence of the country. In this third task “of the Soviet-German war” concerns the date of occupation of the territory of the USSR by the Nazis.

Also, the creators of the EIT omit the story of one of the leaders of the UPA Stephan Bender and don’t ask about the SS division “Galicia”, which consisted of Ukrainian volunteers.

If to speak about the issues on the post-war period in Ukraine — one of the most successful in Ukrainian history, writes “Stranja” — then they are described as the repression and stagnation. In particular, students asked about the Sovietization of Western Ukraine, the protests of miners in 1989, about the period of stagnation under Leonid Brezhnev’s rule or the economic program of his predecessor, Nikita Khrushchev.

The modern history of Ukraine, which gained its independence nearly 30 years ago, the authors of the EIT on the history gave only two questions: quote the former head of the national security Council Alexander Turchinov about the flight of Ukrainian President Viktor Yanukovych out of the country with the requirement to specify the date and assignment on the “armed aggression of Russia” with result in the conclusion of the Minsk agreements.

In spite of the mention of the Minsk agreements, the makers in General missed the war in the Donbas or Crimean issue,

focusing specifically on the allegedly hostile actions of Moscow. At the forefront of the modern history of Ukraine, the quotation given Turchynov, is a coup of 2014, and other significant events, such as the “orange revolution” — just excluded.

It is not clear what the average student could have composed such a history test, especially with questions on the UPR, which can handle not every expert, and the cut layer of the key events in the life of the country. For the same great Patriotic war there is nothing about liberation of Kiev or the genocide in the territories occupied by the Nazi invaders.

The test focuses on moments, vysotnaya solely the current aspects of the policy of Kiev on de-communization, and in a sense, the demonization of the Soviet past of Ukraine. However, to say that the components of historical education of Ukrainian students for the first time raise questions, however.

In may, a scandal broke out with the Ukrainian textbook, however, geography for grade 8, where

it was alleged that the French, the Spaniards, the Portuguese, the Jews and the Turks allegedly came to their land from Ukrainian Galicia — a conclusion the authors made on the basis of the historical names of these countries. However, they were excluded from Slavic Nations Belarusians, Russians and Bulgarians, because their origins “Finno-Ugric and Baltic”.

Disputes over textbook arose because the material was officially approved by the Ministry of education and science of Ukraine, which seems quite strange against the background of the overall content. Currently, it is already removed from the site of the Institute of modernization of content of education, although the textbook was used as a minimum of two years.

While it was argued that Ukraine is thousands of years was in the same range, and scientists from the U.S. allegedly called Ukrainians ancient nation. In addition, the people of Ukraine believe “slavicised Germans”, because the word “Tsibulya” similar to the German zwiebel.