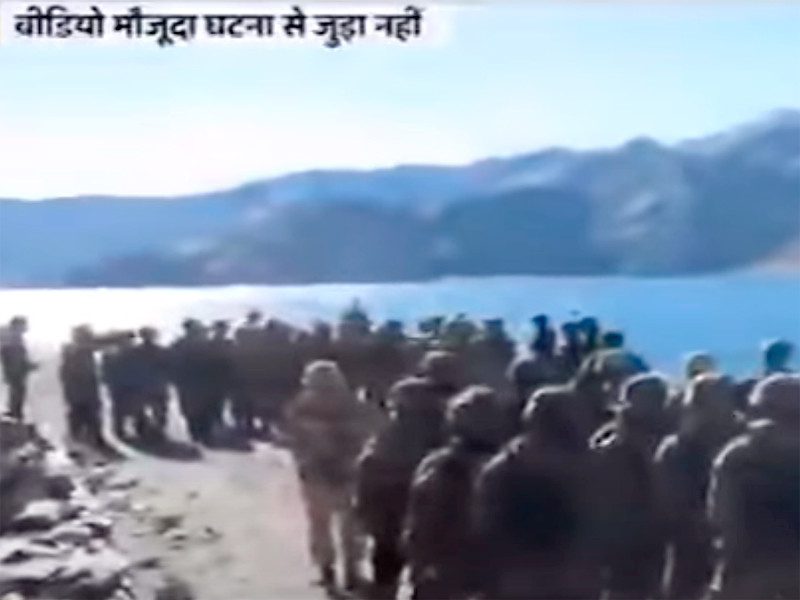 Many hours of hand-to-hand combat with Indian and Chinese troops in the night of Tuesday ended in the death of two dozen Indians, according to The Hindustan Times, citing an informed source.

The publication notes that among victims – the commander of the battalion. Earlier there were reports of three victims of the Indian military officer and two soldiers. Later, it was reported on 17 Indian soldiers were seriously wounded and frostbite in sub-zero temperature conditions in the highlands.

According to the newspaper, the parties have not used small arms, and about six hours fought hand to hand using sticks, batons with spikes and stones for throwing.

The newspaper notes that now both sides withdrew forces from the battlefield. The Indian side believes that the Chinese military also suffered casualties, but no official data on this has not yet been reported.

The incident occurred in the Eastern Indian region of Ladakh in the Himalayan region on the border with China – in the valley Galvan, which is a disputed area on the India-China border, said Tuesday the Indian army.

According to CNN, the Chinese foreign Ministry said that on the eve of “Indian troops twice crossed the line of border to illegal acts, and had committed provocative actions and attacked the Chinese troops, which led to a serious physical conflict between the two parties.” The Indian side, on the contrary, claims that the incident was provoked by the actions of the Chinese military who tried to establish an observation post in the Indian territory.

Tensions along the border have arisen in the past month, reports “Interfax”. Beijing and new Delhi have repeatedly accused each other of crossing the Line of actual control demarcation line between India and China in the Eastern part of Ladakh.

Earlier territorial disputes between China and India led to the Sino-Indian border war of 1962. However, the last few decades Indian soldiers were killed in border incidents. The last such incident occurred in October 1975, when an Indian patrol was ambushed by the Chinese, in sector Tulung La state of Arunachal Pradesh. In the end, four were shot dead by the Indian military.

Australia is not planning to open for tourists by 2021

Dodon against the oligarchs: the Moldovan Parliament split