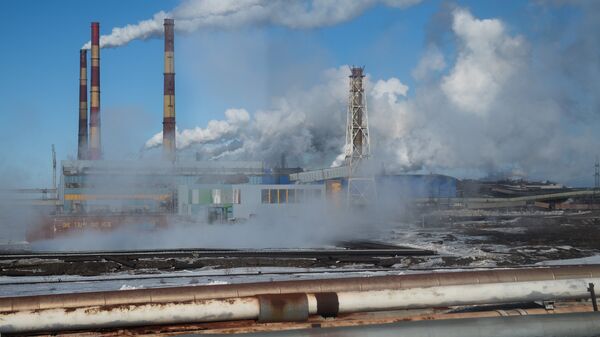 Vladislav Strekopytov. The investigative Committee opened a fourth criminal case, which involves the company “Norilsk Nickel” — now on discharges of effluents. RIA Novosti found out, at what stage of mining and metallurgical production wastes arise and how they are dangerous to nature.

The extract of the Norilsk ore

On Tuesday, June 16, the Main investigative Committee for the Krasnoyarsk territory and Khakassia Republic reported that, according to the preliminary version, the design and construction of a facility of waste products Talnakh concentrator made of a number of violations, resulting in untreated sewage enterprises within two years — from June, 2017 to July 2019 — fell into the river Tomolo, as well as in the soil in the area of the mine “October”. At the conclusion of Rosprirodnadzor, the environmental remediation will cost more than 154 million rubles.

Under “waste disposal facility” refers to tailings, was commissioned in 2017. The project, including the pipeline system for the delivery of waste slimes from the beneficiation plant, carried out for “Norilsk Nickel”, the St. Petersburg company “Mekhanobr engineering”. Now investigators looking for the culprits and there.

The main production site of “Norilsk Nickel” is located on the Taimyr Peninsula is the polar branch. Copper-Nickel sulfide ore mined and processed at the Norilsk and Talnakh ore junctions. Deposits are located along the deep-Norilsk-Khatanga rift, which in the geological past were introduced magmatic melt that formed extensive intrusions of dolerites and gabbro-dolerites.

The orebody is a gently sloping layers, lenses and veins in the lower parts of intrusions of gabbro-dolerites — occur at the depth from 150 to 1.5 thousand meters. There ore three categories: the rich — with a high content of non-ferrous and precious metals of the platinum group, copper, with higher copper content, poor interspersed with low concentrations of all metals. 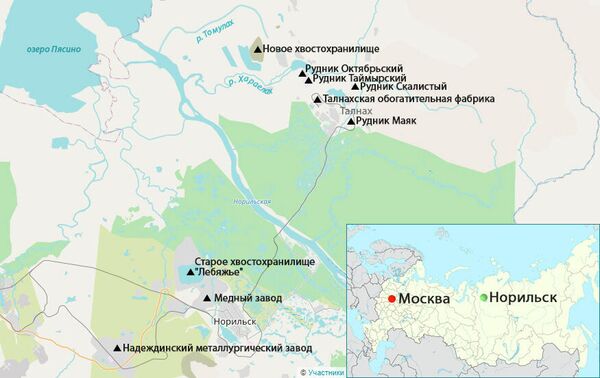 The basis of the mineral resource base Norilsk Nickel’s largest copper-Nickel deposits of the country — Oktyabr’skiy and Talnakh, unique in terms of reserves and quality of ore. They focus more than 40 percent of proven world reserves of platinum group metals, more than 35 Nickel, about ten — and 15 copper — cobalt.

At fields are the mines of “Taimyr”, “October”, “Komsomolskaya”, “Rocky” and “lighthouse”. It’s a whole underground city with its thousands of kilometres of roads. Depth to bottom of horizon mines — 1532 meters.

Poor ore is sent to Norilsk (NOF) and the rich — at the Talnakh enrichment factory (PF) is a key enterprise in the production chain of Norilsk Nickel, one of the largest in the world. Through it passes a large part of the Taimyr raw materials.

In the factory of ore processed. Flotation is a key stage. This division of minerals of Nickel, copper and iron density in the foam solutions of the reactants.

Non-recyclable waste as the technology, “tails”, or sludge, in the form of a liquid slurry of pulp is poured into special tanks open — tailing. 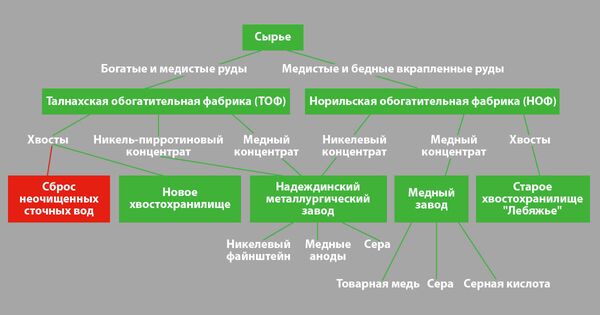 “The enrichment of sulphide ores of Nickel and copper reagents used are often hazardous to the environment and human health, such as xanthates and tailgatin, explains RIA Novosti industrial expert Leonid Khazanov. Unsafe even the solution of ordinary washing powder, what can we say about the chemical compounds used in flotation. Sludge must be stored in a secure tailings. Water from it is desirable to remove and reuse in production”.

Especially harmful to the environment contained in the wastewater concentrator of heavy metals. They accumulate in water, soil, plants, enter the body of animals and humans where very poorly excreted. Heavy metals are dangerous, even if their concentration in water should not exceed the MPC. 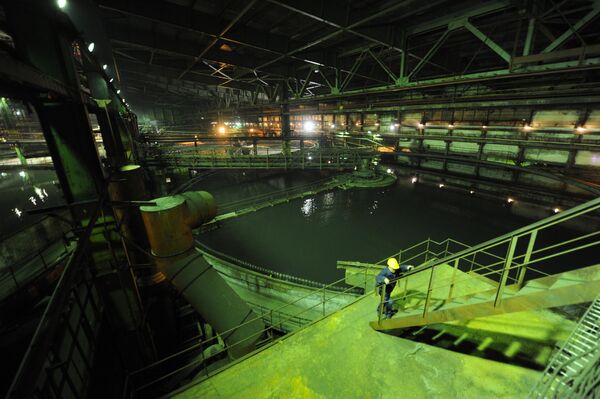 It needed a new storage for waste. Before and Talnakh, and Norilsk factory was merged slimes in the tailing pond “Swan” on the outskirts of Norilsk, away from Toph. Resource old tank was exhausted.

A new tailings facility was built six kilometers from the Talnakh factory. Area of over seven square kilometres to depths of twenty meters. After the final commissioning of the second phase in the vault can fit up to 230 million tons of waste to fill it, you will need a minimum of a quarter of a century.

The bottom of an artificial reservoir covered with a special geotextile that performs the role of hydramemory that do not allow slurry to penetrate into the soil. The flaps are joined watertight weld.

The condition of the tailings watches automatic. In the tank and around drilled wells for control devices the slightest horizontal or vertical movement. Telemetry of wells record the temperature of dams and hydraulic gradient — filtered in the soil. 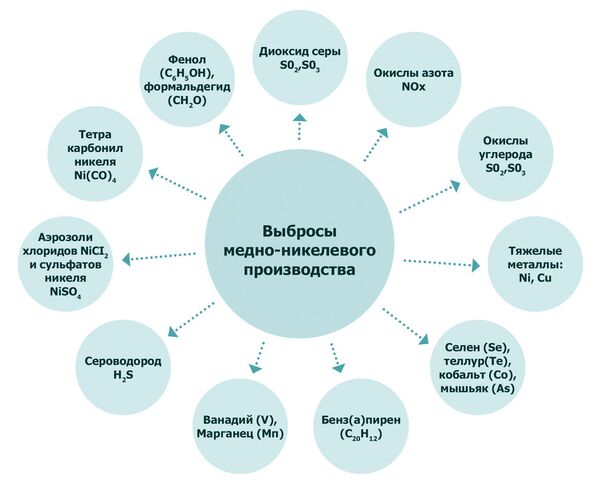 How could it happen that with all the precautions tailings has become the object of ecological danger, RIA Novosti said the Chairman of the Board ANO “Equality”, the ecologist Natalia Sokolova.

“My experience shows that the reason is always that in the design or construction committed irregularities or errors. Or was improper examination by the Supervisory authority. Maybe a combination of incompetent or substandard technical research, the error of the designer, a number of points. For example, if during the survey have received inadequate, incomplete or incorrect information and on that basis made the project. In addition, we cannot exclude the possibility of external interference at the stage of project approval even with poor quality or improperly selected a site for the construction”.

“The tailings dam is a complex hydraulic structure that controls the RTN. Violations likely at the stage of construction and operation. Even in failsafe mode the polluted water from it can seep through poorly welded seams for waterproofing, once in the soil, ground water and water bodies”, — said the expert.

In the company of “Mekhanobr engineering” to the questions of RIA Novosti said the Director of the project Alexey Sushenkov: “we are not Talking about wastes of production! They are stored in a constructed tailings TOF of the first stage, where there is no discharge. This is a natural surface water — flood and draught, which was given with the second, unfinished phase of construction. In connection with the transition in 2017 the first phase of the tailings in pilot operation work on the second phase stopped. The customer has completed all the necessary engineering structures to divert flood water, which corresponds to the project documentation. These temporary structures — pipelines — is needed only for the construction period and are subject to removal or plugging after its completion”.

As for the mine “Oktyabrskaya”, he, according to the representative of the designer, is generally located above the terrain, and to surface runoff from the construction site of the second phase of the tailings Toph to get could not.

The accident at the tailings

Leakage of pollutants into soil, surface or groundwater is not all the threats of mining and metallurgical production. The most serious accident, according to Natalia Sokolova, occur at the break or destruction of dams.

“The true cause of such accidents is lack of proper management of environmental risks and the design, and during construction, and future operation of these structures, as well as failure to respond to the threat of occurrence of an accident, as it was at CHP-3 in Norilsk,” — emphasizes the ecologist.

In late January of 2019 broke the tailings dam at the iron ore mine in Brumadinho, in the Brazilian state of Minas Gerais. The slurry mass was covered with an office building, where we dined, hundreds of workers, destroyed the bridge and other buildings in the river valley Casa Branca. Killed 259 people, the area was declared a zone of industrial, humanitarian and environmental disaster. The mine was owned by global mining giant, Vale, on another object which, in Bento Rodrigues, a similar accident occurred in 2015. 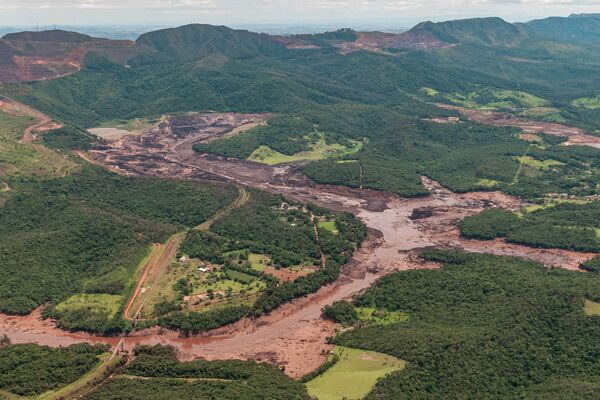 In 2010, the explosion at the plant for the aluminium production near the town of IKE in Hungary collapsed, the dam restraining the tank with red sludge — toxic waste of industrial processing of bauxite. The amount of leakage is 1.1 million cubic meters. Flooded three areas. All life in the river Marcal has killed red slime, which in a few days reached the Danube. In the region declared a state of emergency. 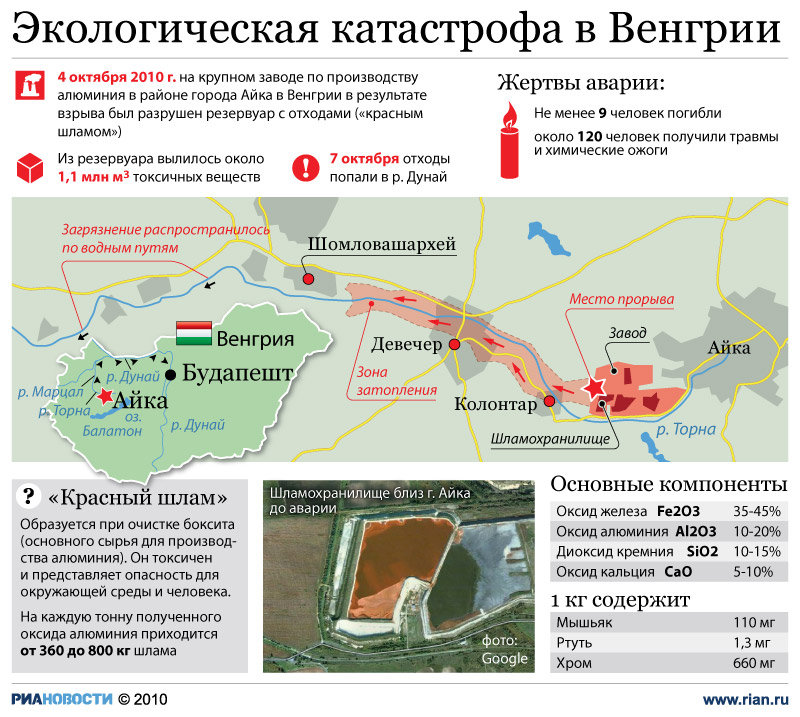 In may 2000 a leak of cyanide from the tailings of the gold mining company Aurul in the Romanian city Baia Mare has led to mass death of fish in rivers in Hungary and Yugoslavia. And the biggest disaster happened in 1985 on the fluorite mine company Prealpi Mineraia in Trento, Italy. Then killing 268 people and destroying 62 buildings.

All in all, since 1961 the world has seen more than 130 accidents at tailings facilities, including 30 over the last ten years. In Russia last time was in 2009 when the dam broke at Karukinka Mine in the Magadan region. Two people were killed, washed away 11 structures, millions of tons of mining waste containing cyanide, cadmium, zinc, chlorine and other hazardous substances got into the river that is the source of drinking water for the local population.

"Eggplant in Kherson" for closing for the winter

The guy suffered a stroke a week before the 21st birthday, though he was in "great shape"