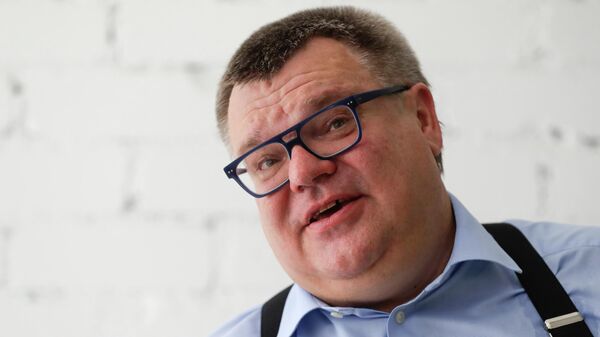 Law enforcement agencies of Belarus has imposed a lien on the property of the applicant for the post of President of the Republic, the former head of Belgazprombank Victor Babariko and his son Edward, told RIA Novosti on Friday in the Belarusian state control Committee (SCC).

“We confirm this information, the Department of financial investigations of the state control Committee, was the arrest on their property,” – said the representative office.

Previously the head office of Belagroprombank in Minsk were searched. This Bank for 20 years headed Babariko, which, like the current Belarusian leader Lukashenko, involved in the presidential election of 2020. SCC of Belarus said that the Bank acted organized criminal group, the conclusion of money abroad. On Thursday, Babariko was arrested along with his son, who runs his initiative group. They are both in the KGB jail. In total detained about 20 people, including Bank executives, many of them cooperate with the investigation.

On Friday the SCC RIA Novosti reported that the materials of the “case of Belgazprombank” was transferred to the Prosecutor General of the Republic. According to the attorney General Alexander Konyukov, the Agency, after reviewing these materials, saw the actions of defendants “a real threat to the national security interests” of Belarus. In this regard, further investigation of the KGB.

Babariko previously expressed the opinion that the actions of the authorities of the Republic are politically motivated nature on the backdrop of the presidential campaign. However, the head of the SCC Ivan Tertel said that criminal cases against top managers of Belagroprombank and the presidential election in which a candidate of Babariko, not connected in any way. Presidential elections will be held in Belarus on 9 August.

The guy suffered a stroke a week before the 21st birthday, though he was in "great shape"

The star of "the Magnificent century" to star in advertising

In the United States died the son of Nikita Khrushchev

Australia is not planning to open for tourists by 2021