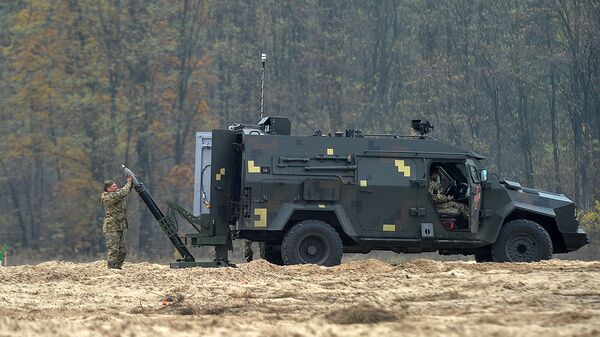 The Ministry of defense of Ukraine refused to accept the concern “Ukroboronprom” party self-propelled mortar “bars-8ММК” – the guns were sub-standard guns and no firing tables, according to Defence Express.

“Ukroboronprom” gave the APU party mobile mortars “bars-8ММК” last fall, the group claimed that mortars had adopted. However, instead of airborne assault brigades battery mobile mortars was sent to the base storage in the village of Orzhiv, the article says.

Mobile mortar set of caliber of 120 millimeters is created on the basis of the new Ukrainian armored vehicle “bars-8”. It is positioned as the car of the raised passableness and stability with a capacity of over two tons. Capacity standard “Bars-8” — up to ten fighters.

According to the manufacturer, to prepare for firing three members of the crew “bars-8ММК” it only takes one minute, and 20 seconds after firing the machine will be able to leave firing position. Its main purpose is to support ground units in modern mobile warfare.

A group of tourists took off from the hill in Magadan

“Nothing sparks!”: Lukashenko told about the conversation with Putin

“The weakness of the President”: Parliament revolted against the government