Italian scientists say that in the sewage of the two cities in the North traces of coronavirus was discovered in December, that is, long before the first confirmed cases in Italy. 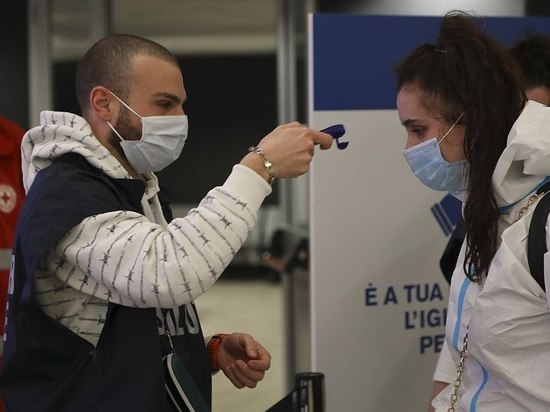 National Institute of health (ISS) said that they had taken 18 December last year, samples of wastewater from Milan and Turin was discovered genetic traces of the virus. This post complements introduced in some other European countries the evidence in favor of the version that the new virus may have been circulating in Europe much earlier than anticipated.

Chinese authorities confirmed the first cases of infection with coronavirus new type at the end of December 2019, in Italy, it is officially the first case was recorded only in mid-February.

Meanwhile, in may, French scientists have said that test samples showed that the patient who was being treated for suspected pneumonia in Paris on 27 December, in fact, was a coronavirus. It happened almost a month before France confirmed the first cases COVID-19.

And in Spain the study had traces of the virus in wastewater, collected in mid-January in Barcelona is approximately 40 days before it was discovered the first local case.

During his research of Italian scientists from the National Institute of health examined 40 samples of wastewater at selected wastewater treatment plants in Northern Italy in the period from October 2019 to February 2020.

Expert on water quality Giuseppina La Rosa said that the samples relating to October and November was negative, indicating that the virus hasn’t gone there yet. Wastewater from Bologna began to show traces of the virus from January 29 this year.

But the results confirmed in two different laboratories by two different methods, revealed the presence of SARS-Cov-2 in samples taken in Milan and Turin, on 18 December 2019.

The obtained data can help scientists understand how the virus began to spread in Italy, explains La Rosa. However, according to her, the study does not “automatically implies that the main chain of transmission that led to the development of the epidemic in our country, occurred the first of these cases”.

The first known case of the virus is not imported (and the first foreigners with the coronavirus was a pair of Chinese tourists in Rome) in Italy was the patient of Lombard of codogno. The settlement was closed and declared a “red zone” on February 21. Then followed nine other cities in Lombardy and the neighbouring Veneto region, and in early March the whole country was in the closed position. From the coronavirus, according to the Institute of Johns Hopkins University in Italy died about 35 thousand people.

Meanwhile, in February, some medical experts in Milan said that the virus in Italy, perhaps he could “circulate undetected” within a few weeks. And here is the study of samples of waste water this version is confirmed.

An expert on the demographics and technology of the British medical school in Warwick Noel McCarthy argues that the discovery of the genetic material of SARS-Cov-2 in the Italian wastewater in December was “reliable evidence at the time COVID-19,” reports Reuters.

And Professor of epidemiology and data from the University of Edinburgh Rowland Kao, agreeing with the possibility that the disease could spread in December, adds that in itself this discovery does not give the answer to the question, whether it was the early detection of the source of a large epidemic in Italy, or epidemic has been associated with later entry of the virus into the country.

At the National Institute of health state that were obtained during the research results confirmed the “strategic importance” wastewater as a tool for early detection because it can signal the presence of virus before clinical confirmation of cases.

Many countries are now using this technique after studies in the Netherlands, France, Australia and other countries found evidence that the virus that causes COVID-19, can be detected in sewage, and many countries are beginning to take samples to monitor the disease.

The Institute plans to start a pilot project to monitor wastewater in tourist resorts in July with the aim of creating a national monitoring network of the sewage at the end of this year.

Where did Mars come from human bones

Residents of Kiev scared appeared over the city a giant “mushroom”