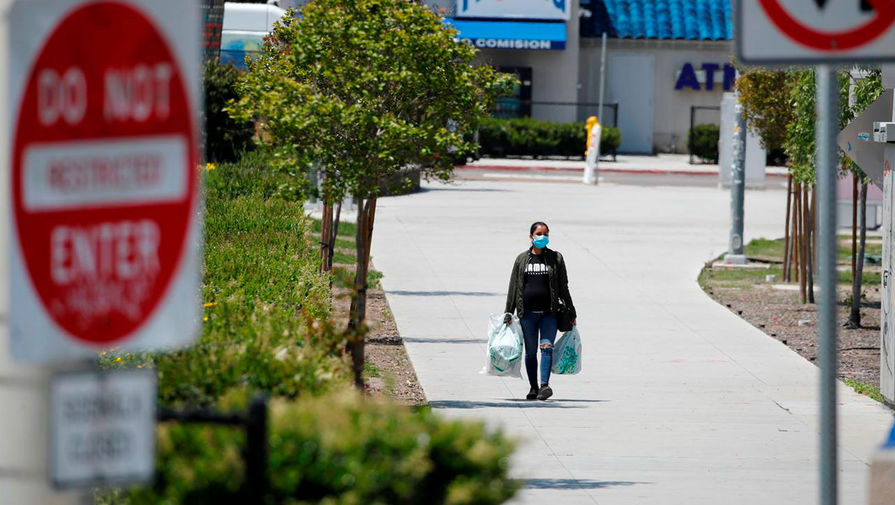 This week, the US extended the closure of the borders with Mexico and Canada until July 21. The decision was taken by mutual consent of the parties, however, without tension no cost. Ottawa was outraged by trump’s intentions to send military to the border and to stop the export of medical masks in Canada. Mexico, in turn, worries that closed the US border will hold up to the presidential election. Parallel sides blaming each other the blame for the spread of the coronavirus.

Though now these restrictions are perceived as a necessary measure to combat the spread of the infection, before such actions looked like national self-interest, does not conform to the principles of solidarity on the world stage.

Indicative of this situation was not only the example of the European Union when the countries of the Schengen area took turns to close to each other, but the situation in North America.

In early February, the President of the United States Donald trump has banned the entry of foreigners coming from China, then the tourists arriving from the European Union, without notifying the leaders of the Commonwealth, and on March 20 was closed the country’s borders with Canada and Mexico. And although the decision was made by mutual consent, in this case, and for North America was a reflection of trump’s slogan “America first”.

Characteristic in this case has made trump’s words: “For the United States well the fact that Americans don’t travel abroad, because they will not spend money in other countries.”

Soon, the White house announced that at the canadian border, the U.S. military will be placed that will prevent illegal crossings into the United States. Initiative trump was a surprise for Canada. The border between the countries, mostly not brought these problems to Washington.

The military was not present at the border for more than 150 years, which was also a symbol of the close relationship between the two countries. Trump’s statement caused outrage among the canadian officials.

“We absolutely straight, and very strongly expressed the opinion that it was an unnecessary step that we deem damaging to our relations, — said at the end of March the Vice-Prime Minister of Canada Chrystia Freeland. We do not believe that such action is justified from the point of view of public health. We don’t think that’s the right way to communicate with a trusted friend and military ally”.

The result is the White house still has not militarized the border with Canada, however, the sludge from the conflict remained.

Meanwhile, concern about the closure of the borders expresses and Mexico. Now Mexican officials are worried that the White house will not remove restrictions on 21 July and will keep it until the presidential elections in November.

“We have the impression that it can survive longer. People are concerned that the President may keep the border closed for long,” said Politico is a member of the house of representatives from Texas Henry Cuellar, who worked closely with the administration to trump on some border issues.

The construction of the wall on the border with Mexico is one of the most important points in the election campaign trump 2016. In February, the US President ordered to speed up the process, citing the need to stop illegal transfer of migrants during the epidemic. Meanwhile, the most affected by the coronavirus was States far from the Mexican border.

Now the White house can take advantage of the situation and leave the border closed before the November elections, to demonstrate their tough stance against illegal migration.

So far Mexico has not insisted on the full opening of the border. The fact that the country is widely regarded that the US is a threat of the spread of coronavirus, considering the millions of confirmed infections in the United States.

“What we see is a surge in infection in some southern States, including Texas and Arizona, which are associated with remembrance Day [national day of remembrance of the United States, celebrated annually on the last Monday of may], so we are very closely monitoring the situation”, — said the publication of the Ambassador of Mexico to the United States March bárcena.

According to her, some Mexican senators representing districts along the U.S. border, last week tried to introduce sanitary control for people travelling to Mexico from the United States.

Border States such as Texas, are already under restrictions. On 16 June, the state health Department reported 2518 cases of hospitalization due to the coronavirus. Some restaurants in Arizona was again forced to close because the state is also faced with a record number of new cases.

The white house, in turn, examines the question of whether the recent outbreak of coronavirus consequences legally travel between the U.S. and Mexico.

However, the southern neighbor, the US sees the situation differently. Mar Barina reports that statistics in the United States “speaks for itself”, the Mexican Ambassador also expressed the hope that both countries will continue close cooperation in the fight against the pandemic.

“We are not two different boats. We are in the same boat, so we’d better to maintain a communications environment,” said bárcena.

Mexico do not have different operational response to coronavirus. Gradually, however, as the deterioration of the situation, the authorities still have to impose restrictions. In particular, the strategy for combating coronavirus has included the closure of production facilities not related to basic necessities. The same was done in the United States.

However, the countries variously identified that falls into the category of essential goods, notes in his analytical article for the INF PhD in political science Natalia Vyakhirev.

“The result was damaged in the production chain, and a number of American businesses remained without components manufactured in Mexico.

Donald trump turned to a Mexican colleague with an urgent request to open the necessary for the needs of US production, which has caused a mixed reaction. Although [the President of Mexico, andrés Manuel] lópez Obrador was willing to meet Trump, the heads of several States and municipalities, and the doctors opposed, fearing a further deterioration of the epidemiological situation”, — said the expert.

In early may, Mexico presented a strategy for the gradual easing of restrictive measures. From 1 June, the government agreed to resume the work of construction, mining and engineering companies.

“Thus, anti-virus restrictions were loosened in Mexico since the end of may, including because of pressure from the United States who need components and consumer products Mexican producers,” — said Natalia Vyakhirev.

Northern neighbor, the United States also has experienced a conflict with Washington over the supplies of Essentials.

In April the American company ZM, generating masks, said that the US government has forbidden her to put a mask in Canada and Latin America. The White house referred to the law on defense production during the Korean war, in which American companies can prohibit the export of medical products in other countries. Most of the products GP manufactures in Asia.

“Under the hand” got Germany, France and Canada, which are mostly expressed outrage, citing close relations with the United States.

“It reminds me of what happened in 1939 and 1940, when Canada was involved in the fight against global fascism — United States sat out the first two or three years and, in fact, initially even refused to supply to Canada and the United Kingdom, which fought at that time”, — said the Prime Minister, the canadian Alberta’s Jason Kelly.

Also, the media spread information that the party masks, destined to Canada, were intercepted and redirected to USA.

Then the Prime Minister of Canada Justin Trudeau has expressed concern messages appeared and instructed the public security Minister and the Minister of transport to study all the information about this.

Trudeau said that he understands how high the need for protective equipment in the U.S., but Canada also needs medical products. He noted that such actions on the part of Washington do not meet the interests of the United States, as Ottawa is also helping his neighbor necessities.

In the result, the White house also overturned the decision and allowed the company to export its products. However, conclusions from the situation in Ottawa is still done. Canadian officials urged to establish production of medical environments protection, not to rely on the neighbor.

The pandemic has become a test of the strength of relations between the countries of the region, put them in front of the new conditions of development, but increasingly accelerated the process, begun earlier”.

Indeed, during the presidency of trump relative to the United States has changed in the world, including in Canada.

The poll Pew Research in 2018 showed that in Canada, the popularity in the US dropped by 26 points, from 65% to only 39%. The views of Canadians on Donald trump even more pessimistic: only 28% of respondents said that trump “doing the right thing in relation to global processes”.