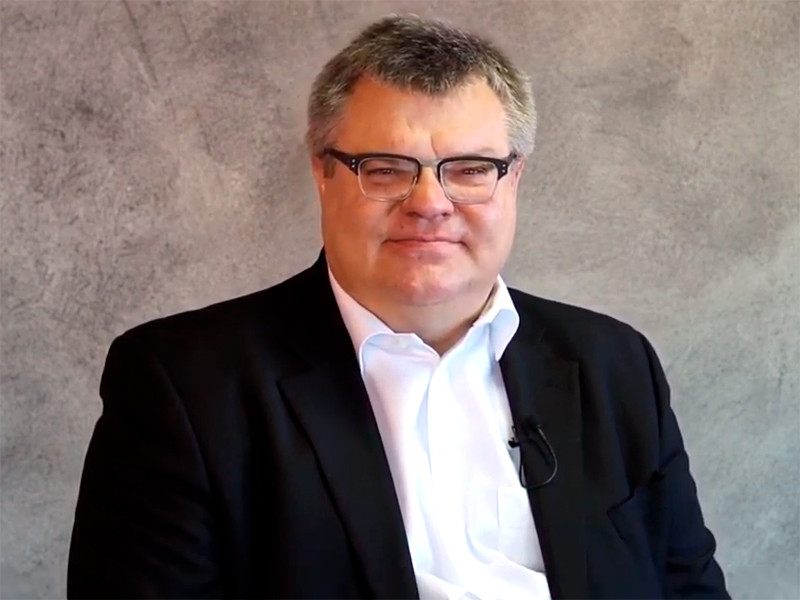 The candidate for the post of President of Belarus Victor Babariko detained, told the state control Committee of the country. It noted that the businessman Babariko, which earlier on Thursday was brought in for questioning, detained for trying to obstruct investigation of the crime.

“Babariko arrested in connection with the fact that he was the direct organizer of illegal activities, attempted to influence witnesses, to hide the traces of earlier committed crimes and just recently to remove a large sum of money from accounts controlled by him”, – said the head of the state control Committee Ivan Tertel. According to him, are checked, among other things, fraud with bills in excess of $ 60 million, which for foreign account was withdrawn a large amount, informs radio “Freedom”.

In the morning, Babariko and his son Edward went to take another of signatures for registration as a presidential candidate, but then stopped communicating, leading Tut.by the message of the electoral headquarters of Babariko.

Official telegram channel of the Belarusian radio reported that the politician and his son Edward were taken to the Department of financial investigations of the state control Committee. The lawyers get to them are unable – because of the “teachings.” The defense filed a complaint to the Prosecutor. In the homes of family bobariko were searched.

A day earlier it became known that blocked the electoral Fund of Babariko. No official comment was given, notes “Belarusian service of radio “Freedom”.

June 11 opened a criminal case against current and former employees of the BGB, which Victor Babariko led for 20 years. According to Babariko, in this case, which he regards as an attack on himself and an attempt of political pressure, were detained two dozen people. The potential rival of President Alexander Lukashenko in the presidential election in August, procedural status in the case had not.

Belgazprombank has been operating in Belarus since 1990. “Gazprom” and Gazprombank owns 49.8% of the shares of the Bank, said “Interfax”. Babariko was the head of Belgazprombank, from mid-2000 to may 2020 when he announced his intention to run for President of the Republic.

Most of the detainees in the case of Belgazprombank cooperate with the investigation and give grateful evidences. In addition, they give the means received by a criminal way, according to the state control Committee. “So, during investigative actions seized more than 4 million U.S. dollars, securities for the sum over 500 thousand U.S. dollars, was found attached to the materials of criminal cases the so-called Digipass (tools to manage accounts in foreign banks),” – said the Agency.

In addition, the “filed” one hundred and fifty paintings worth about $ 20 million from the Belgazprombank collection, said the BTRC Chairman Ivan Eismont on June 14 in the final issue of the news. On shots of operative shooting it was possible to see the work of artists from around the world: Marc Chagall, Chaim Soutine, Leon Bakst, Faibish-Sragi Carpina, Osip Lubitsch. The pictures are in the gallery “Art-Belarus” in the Palace of art, but their audience will not see.

On the same day it became known about the detention of a friend of the family Victor Babariko and the member of his initiative group coordinator for one of the districts of Minsk Svetlana Kupreeva. Her friends say that she was just the bookkeeper, never any relation to the BGB and other companies, which recently were searched, it has. However, on 15 June after a search and inventory of the property in the apartment where Svetlana kupreeva lives with his 81-year-old mother Tatiana Nikolaevna of Gavris, employees FID left there the decree, which stipulates that the arrested is suspected of committing a crime under part 2 of article 243 of the Criminal code – evasion from payment of taxes associated with causing damage amounting to not less than 8 222 950 rubles (almost $ 4 million).

The state control Committee (SCC) of Belarus said about the possible involvement of “Gazprom” to the illegal activities of Belgazprombank and the former head of Bank Victor Babariko applying for the post of President.

“The puppeteers behind his activities, afraid that our actions will generate data and evidence of their involvement in this illegal activity. Such persons are, we know the big bosses in “Gazprom” and maybe more”, – said the head of the KGC Ivan Tertel. So the official commented on the statements of Babariko that discovered the detainees in the case of Belgazprombank, the money belongs to him.

According to Tertile, SCC known from the testimony of other detainees, “these funds were illegally withdrawn from Belarus in the system of offshore companies, and then distributed among the participants of illegal activities in accordance with the previously agreed interest”.

Presidential elections in Belarus scheduled for 9 August. Alexander Lukashenko, who rules the country since 1994, is running for a sixth term.

In recent weeks in different cities of Belarus, held a mass rally of opposition supporters in support of other possible candidates. Several activists, politicians and bloggers were arrested and were arrested to 15 days. The authorities accused them of participating in an unsanctioned performances.