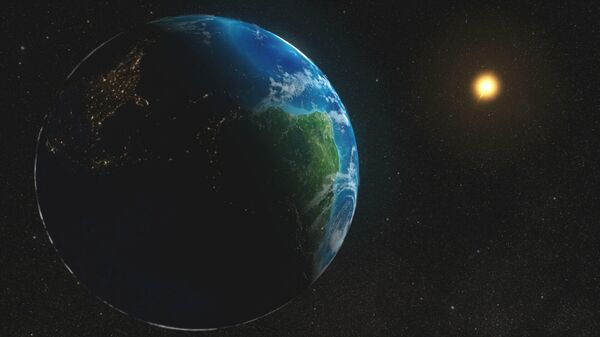 British scientists have calculated that in our Galaxy at present, there may be several dozen active communicating intelligent civilizations. The study is published in the Astrophysical journal.

One of the major questions of humanity — whether there are other intelligent life forms in the Universe. British astrophysics from the University of Nottingham decided to calculate this probability for our Galaxy.

The researchers relied on the so-called Copernican principle, which States that the Earth is not unique and should be planets with similar conditions, and consequently, nothing prevents the emergence of life and intelligence even in other places in the Universe.

The authors proceeded from the assumption that life on other planets is born and develops in about the same way as on Earth. So they entered into the calculations of two limitations: first, for the formation of intelligent life on other planets need time no less than on the Earth, four and a half to five billion years; and the second habitable planets are formed from metal-rich stars like our Sun.

“The idea was to look at evolution on a cosmic scale — presented in a press release from the University, the head of research Professor of astronomy Christopher Conselice (Christopher Conselice). We call this calculation method the Copernican astrobiology limit. In accordance with it in our Galaxy must be at least several tens of active civilizations.”

The researchers note that their number depends greatly on how long these civilizations are at a high enough level of development to send signals of their existence into space. The authors call their active intelligent civilizations.

However, as the researchers note, if you still will ever be able to detect signals from other planets, this means that the lifetime of intelligent civilizations such as ours can be very long — tens of thousands of years.

"Beeline" restored work in Siberia and the far East