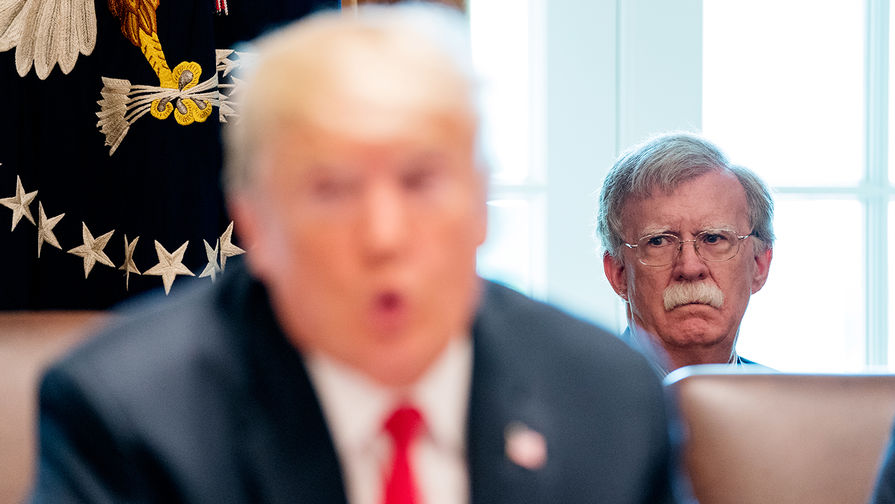 Vladimir Putin is preparing for talks are better than Donald trump, says the former adviser to the U.S. President for homeland security John Bolton. A few days ago, the court allowed the publication of memoirs by former officials about his work in the White house. On the pages of the memoir, Bolton “long and with taste” criticizes the ability of trump as a politician and leader.

The President of the United States Donald trump is much worse knows how to prepare for the negotiations and act on them, than its Russian colleague Vladimir Putin. About it in interview to TV channel ABC has declared ex-Advisor to the American leader for national security John Bolton.

In his opinion, Putin shows “simply unthinkable in the case of trump” level of training, “pedantry and planning”, is carefully preparing for the summits and “has an idea who is talking”.

The former official said that the trump was not aware of what topics he planned to discuss with Putin at the summit in Helsinki in the summer of 2018.

“There was not a second when we knew he was going to say. At a meeting in a tête-à-tête was nothing unexpected, but it means that we went with her sound,” — scolds trump the unpredictability of his former assistant.

Two days earlier, the U.S. Supreme court allowed the publication of the book “the Room where it happened: memories of the White house,” former adviser to the President of the United States. Bookshops the United States has sold 200 thousand copies.

Bolton said that his memoir does not want to harm national interests, in which it accuses the administration of trump and the President of the United States. He noted that he has extensive experience in dealing with key issues relating to national security.

According to a former adviser, this book is about how the President should not be. “When you in the high office you have an obligation to tell the truth. I’m after 17 months in the administration were concerned that he (trump. — “Газета.Ru”) did not have the necessary competence to be President,” said Bolton, who said that “Americans should know” about the evils of trump.

The American leader stated that John Bolton must “pay a very high price” for publication of his memoir about work in the White house. According to the head of the White house, his former assistant broke the law, having divulged in his book the secret information.

U.S. Secretary of state Mike Pompeo, reading some fragments of the publication of Bolton, called him a traitor. According to him, a former adviser to Donald trump in his book spreading a number of false claims and presents the reader with half-truths and outright fabrications.

“I have not read the book, but judging by the excerpts Bolton is spreading false claims,” said former FBI Director and current head of the state Department. In this case the Democrats — opponents of trump and his team — disown Bolton. The speaker of the house of representatives, Nancy Pelosi declared that does not intend to buy the book. She also accused Bolton of being unpatriotic and “cheating”.

In her view, Bolton involved in the political game for their own interests. “I think he will work on his book,” added Pelosi.

“Until I fired him, he told me up but good. Offended dull fool, who only wanted one thing — to make a war. Did not understand, was ostracized, and was happy me fired. What a knucklehead!” — trump wrote on Twitter.

According to The New York Times, special attention in his book, Bolton gives to Iran, the events of last summer — Iranian military shot down us drone — he calls a turning point for himself in the administration of the trump.

According to the former adviser, the United States had to respond to aggression with a series of strikes on Iranian territory, but trump refused this proposal that shocked the ex-assistant.

“Bolton think an enraged unexpected caution and humanity on the part of trump, considering it’s the most irrational thing he had ever seen from the actions of the President”, — notes the edition.

The incident with the Iranian attack can be considered as one of the reasons why trump accuses Bolton in the desire to make a war. The U.S. President even said that he listen to his Advisor, “we would already be in the “sixth world war.”

Max Keiser: bitcoin Growth may coincide with the fall of the us dollar

The atmosphere of fear: how the terrorist attack changed in Lutsk Ukraine