An international team of scientists after genetic analyses in patients with COVID-19 found that the severity of the coronavirus, a new type of affected blood group and immune response. It is these differences affect the ability of dangerous infection to penetrate into cells and provoke the body’s inflammatory processes, including “cytokine storm” that can lead to death. 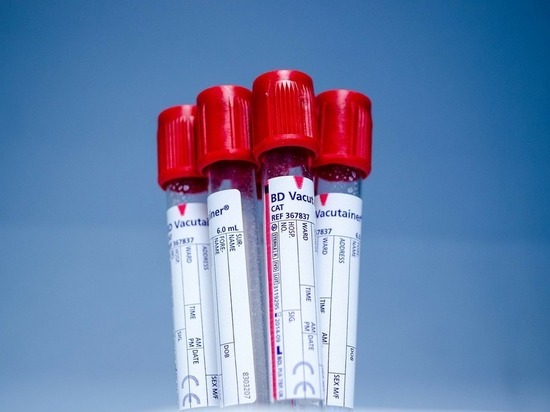 Experts have compared genetic samples of more than 4 million patients across Europe and found that in people with the II group (A) blood, were more likely to recover from severe form of coronavirus, compared with those who had group I (On).

According to the study, people with I blood group have the ability to better recognize specific proteins as foreign. This reaction happens in the moment when the virus through a special membrane proteins penetrate into human cells.

It was noted that during the SARS outbreak of SARS, people with blood type O was also less vulnerable to the severe form of this disease.

Experts found that patients with blood group A were 45% more susceptible to coronavirus than people with other blood types. But people with blood type O were contracted to 65% less often than others.

The authors of a study from Italy, Spain, Denmark, Germany and other European countries compared the genomes of nearly 2,000 patients with severe COVID-19 2300 genomes of healthy people and those with disease proceeded easily or asymptomatic.

Experts drew attention to the genetic loci (location of a particular gene in the chromosome, “MK”) 3p21.31 9q34.2. The first of these are genes associated with inflammatory proteins and the second with blood groups. In addition, scientists have identified genetic variations that are responsible for respiratory failure.

“We have discovered a new susceptibility locus 3p21.31 in the cluster of genes chromosomes and confirmed the potential relationship of blood groups and the risk of infection COVID-19,” write the authors.

According to scientists, susceptibility to infection could also be related with immune system.

It is known that viral diseases cause in human organism the so-called “cytokine storm” – a dangerous immune system response that leads to damage of many organs — including the lungs, liver and kidneys and even death.

Scientists are not sure whether blood the direct cause of differences in susceptibility of the organism to the virus. However, their report, published recently in the journal New England Journal of Medicine confirms a similar study conducted earlier by experts from China.

“Most of us don’t realize this because it was a very crude study, told the Daily Mail specialist in Hematology at the medical College of Wisconsin Dr. Parameswar Hari. Now after the new work, I believe it. This can be very important.”

However, some experts advised caution when publishing such conclusions.

According to the head Scientifically-the SCRIPPS research Institute (TSRI) in San Diego Eric Topol, “the evidence of the role of blood groups is preliminary”, so one “signal is not enough to be confident” in the work of scientists.

Director of the Institute of genetic medicine at the Johns Hopkins University Dr. David Valle stressed that the blood type is also associated with susceptibility to some other infectious diseases. In addition, he noted that the new “provocative study” of a group of scientists in Europe should publish, but in the future it should be checked on a larger number of patients.

A rare Eclipse of the Sun showed in the live stream

Called the perfect cure for a hangover

Cause new outbreaks of coronavirus in China called frozen products