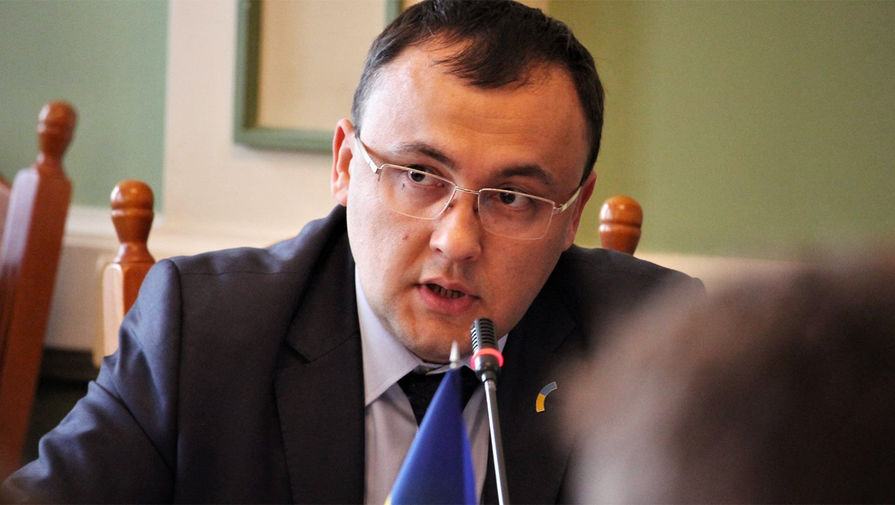 Deputy foreign Minister of Ukraine Vasyl Bodnar promised that Kiev will continue to reduce the number of General agreements with Russia. According to the diplomat, now in Moscow and Kiev about 300 agreements, and a few years ago, there were 150 more, and the Ukrainian side is constantly conducting the revision of the contractual framework.

Ukraine will continue to reduce the number of General agreements with Russia – promised the Deputy Minister of foreign Affairs of Ukraine Vasily Bodnar.

According to him, Moscow and Kiev, some 300 agreements, and a few years ago, there were 150 more, and the Ukrainian side is constantly conducting the revision of the contractual framework.

The diplomat noted that Ukraine will terminate the Treaty with Russia to the lowest possible number, but the “radical emotional steps” Kiev will not do.

“We have not severed diplomatic relations with Russia did not stop its diplomatic presence in Russia, respectively, Ukrainian citizens are in quarantine there freely moved, and in the territory of the Russian Federation, had the opportunity to obtain protection. If you cancel immediately all of the agreements, we will find ourselves in a stalemate, when we have a mechanism of protection of interests of Ukrainian citizens on the territory of the Russian Federation. We can’t allow this,” said Bodnar.

Earlier this month it was reported that Moscow may take retaliatory mirror measures after the decision of the Kyiv city Council on the termination of leases on three blocks of land in the Ukrainian capital, intended for the construction of residential buildings, garages, premises of the consular Department and the residence of the Ambassador of the Russian Federation.

In the commentary of the Russian foreign Ministry said that these agreements were signed in 1999 and the Ukrainian party promised to “faithfully execute” all of the items of contracts.

In this regard, Moscow has sent the Ukrainian foreign Ministry a note in which has expressed disagreement with the decisions of the city authorities and demanded from the Republican authorities to give an official estimate of what is happening.

“The Ukrainian side did not forget about the principle of reciprocity, which lies at the basis of relations between civilized countries. The face of unfriendly actions of Kiev, the Russian side reserves the right on appropriate response measures”, — stated in the communique of the foreign Ministry.

In April the Verkhovna Rada approved the appeal to foreign colleagues that those have increased international pressure on Russia to “stop its military aggression against Ukraine.”

In March of this year, the Kyiv city Council has terminated with the Embassy of the Russian leases of land in the Podolsk district — the decision was taken at a meeting of the local authority.

At the end of last year, Deputy Prime Minister of Ukraine for European and Euro-Atlantic integration Dmitry Kuleba said that the Ukrainian authorities and society should learn to live in a neighborhood with Russia, including taking into account the economic situation.

According to him, Ukraine is a “hostage to geography”. The official called Russia an “enemy” of Ukraine, but pointed out that nothing in the near future will not change, so the Ukrainians will have to adapt to the present situation.

The process of a unilateral refusal of the agreement Ukraine launched in 2014 after the outbreak of the conflict in Eastern Ukraine and the annexation of Crimea to Russia.

In particular, 1 April 2019 at the initiative of Kyiv repealed the Treaty of friendship, cooperation and partnership between the Russian Federation and Ukraine, and on 6 February – the intergovernmental agreement of 1995 “About the exchange of legal information”. All bilateral contractual-legal base consists of about 400 documents.

“We recently “killed” 48 international agreements, but they should be treated very carefully, in the context of what we these agreements, “kill”, not hurt our Ukrainian citizens. The next portion will be very fast — about 40 agreements,” — said the then foreign Minister of Ukraine Pavlo Klimkin.

Russia is invincible in Alliance with Ukraine, so the quarrel of the two countries is beneficial for a number of global political centres of power — is sure ex-the Deputy of the Verkhovna Rada Hanna Herman.

Some external political forces have attempted “twist” around Russia, “to make it more pliable”, and wants to tear Moscow from Kiev, said the former parliamentarian.

She added that the main “trump card” of Ukraine is that the country is an “island of stability” in Europe and can become a bridge, “through which you can safely go to Russia and from Russia to the West”.

Folding chair-ladder: for home and garden

Media: the Arab coalition launched was intercepted from Yemen drones