How can Russia enter the top five leaders in the scientific and technical level despite the fact that research receives just 1% of GDP? It should be of 4 percent, as in Sweden. But if you have to abandon scientometric indicators as the main criterion of success of scientific organizations, then bright scientific works, such as, for example, robotic milker, it will be much more.

General meeting of Russian Academy of Sciences, postponed from April to June 23, held on Tuesday. Scientists have summed up year in the main areas of research and identified important steps to strengthen the role of the RAS. 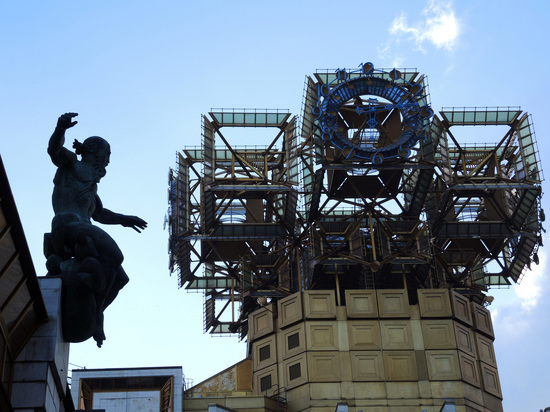 Meeting of the Academy era kovida looked more than strange: instead of the thousand plus members in the hall on Leninsky Prospekt, 14, which generally meets the Presidium of the Russian Academy of Sciences, attended only by the members of the Presidium, and even then not at full strength – 12 people sitting at a distance from each other. The others listened to the speakers online. According to tradition honoured the memory of the departed in the previous year of academics. They were about a hundred. In the list, and the designer Evgeny Mikrin, who passed away after Contracting the novel coronavirus, and astrophysicist Nikolai Kardashev, and the doctor Andrey Vorobyov…

Participants were welcomed by the Minister of science and higher education Valery Falkov. He promised an informal approach to the provision of institutions of scientific equipment, told about the program of Academic leadership, which involves close cooperation between universities and research organizations. The eligibility criteria for participation in the program (i.e. more funding) for institutions will not ratings, not scientometric data (finally!), while the number of graduates engaged in scientific work, and assigned them a salary.

Regarding the evaluation of the effectiveness of the scientists themselves, given the heated debate about this, Falkov suggested that, together with the Academy to develop a methodology that would suit all.

Taking the word of the President of RAS Alexander Sergeev summarized the “Cavenago time”, listing all test kits and medicines, created by the efforts of scientists of RAS and other scientific organizations, and created vaccines. Almost all “MK” wrote. But one development, the discharge of technical, was presented for the first time.

Is a chamber for disinfection, which can be put on the entrance to the room, showed Sergeev on the slide cabin, very reminiscent of the shower. – It was developed under the guidance of academician Izmailov.

Then President of the RAS went on to familiarize the participants with the proposals of the RAS to the government.

First, to actually perform its functions of scientific-methodical head, at the Academy there is little opportunity. It is therefore necessary to strengthen the governance efforts of the supervisors.

– Unfortunately, today’s position was simply honorary, – said Sergeyev. – It is necessary to significantly expand the powers of supervisors.

Another proposal is to revive the previously existing academic councils.

About every three months this advice goes to College, attends academic Council, met with the theme of the work.

Third, what drew his attention the President of the Academy, it is a legal and organizational-legal status ran:

Available today, the definition of the Academy — fsbi is offensive status, it is necessary to make to the 253-th law amendment giving the Academy the status of a State Academy of Sciences that she had a right to develop and submit draft laws and legal acts, to be co-founder of scientific organizations. The law also prescribed that the RAS needs to make scientific predictions, and how to do it, not being able to conduct scientific research?

In the second part of his speech, the President of the RAS passed to the most outstanding scientific achievements of 2019.

For example, physics was pleased with the country that carried out, finally the project “Spektr-RG” – launched into space with two telescopes, which already has created a map of all the starry sky with a resolution that is much higher than the previous one. Crimean astrophysicists have discovered the most powerful kilometer — radiation source, which is not recorded, no Observatory, and at FIAN (Physical Institute. Lebedev RAS) has mastered the synthesis of nanodiamond — elements of modern Photonics.

In the field of Earth Sciences distinguished Institute of Oceanology Shirshov RAS, which was reconstructed atmospheric circulation in the North Atlantic over the last 40 years, and among biologists – the Institute bioorganicheskoi chemistry. Shemyakin and Ovchinnikov Russian Academy of Sciences, who discovered the molecules that underlie the green luminescent glow of underwater organisms.

– Colleagues, you can believe and can not believe, – to revive the President of the Russian Academy of Sciences, speaking about the installation, but it’s a real robot, where after setting up the specialist the person is no longer required. The cow herself approaches him, he customizes the program for each milking animal, milk quality control, monitors the health of the animal. Through the robotic milker is up to nine birds per hour!