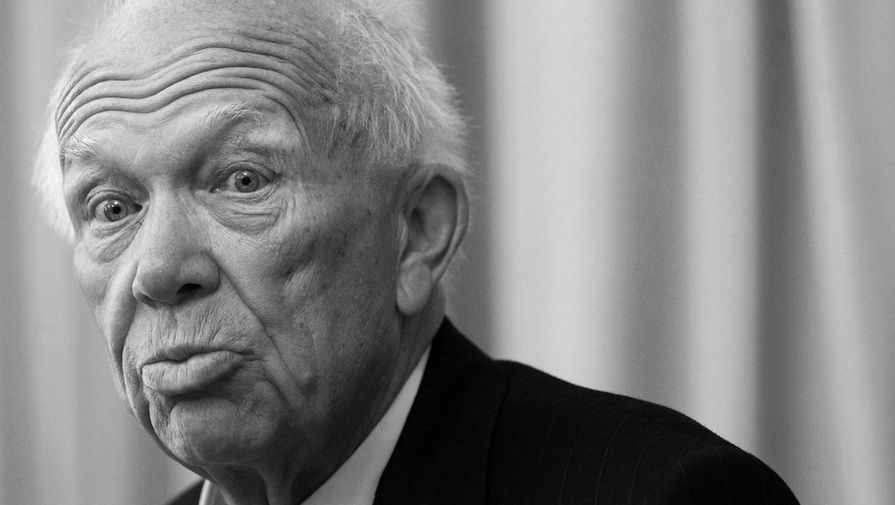 Son of Nikita Khrushchev has died in the USA from being shot in the head, according to the state of Rhode island. According to the official version, the death was not violent. The widow of Sergei Khrushchev stated that her husband died of old age: the last two years he was ill, the son of the Secretary General of the “left force”.

The head of the press service of the Department of health of Rhode island Joseph Wendelken reported that the cause of death of the son of the former first Secretary of the CPSU Central Committee Nikita Khrushchev, Sergei, was a gunshot wound to the head. The words of the official reports TASS.

“The cause of death was a gunshot wound to the head. We can only talk about the cause of death, as for motive, it could be a question for the police. We are not talking about crime,” said Wendelken.

The widow of the deceased, Valentina Golenko, has denied media reports about the gunshot wound as the cause of death of Khrushchev, Jr.

“Do not tell me all the gossip. He died, as given in [medical] prison — of old age”, — she declared RIA “News”. According to Golenko, her husband the last two years of his life was sick. “It took the power… Times and that’s all” she said previously the website kp.ru.

Unknown, did the son of a Soviet first Secretary suicide, or talking about the accident. Sergei Nikitich Khrushchev was 84 years old, on his death it became known on June 19. He was born in Moscow in 1935. As a young man, he accompanied his father on a tour of the United States. In 1963, Khrushchev was awarded the title of Hero of Socialist Labor, was awarded the Lenin prize.

In 1991, the son of the former first Secretary of the CPSU Central Committee moved to America — where he lectured on the history of the cold war at brown University (part of prestigious Association Ivy League — “Газета.Ru”). Later received US citizenship.

In 2017, doctor of technical Sciences Sergei Khrushchev said that the Soviet Union and the Russian Federation not comparable in its capabilities with the forces of the “United West”. As reported by the newspaper the Las Vegas Sun, the son of a Soviet General Secretary gave a lecture at the atomic testing Museum of Las Vegas in Nevada.

In his lecture, Khrushchev Jr. said the famous words of his father “we will bury you” to Western powers, was actually “merely an attempt to hide the true weakness of the Soviet Union”. Russia, according to the son of the Secretary General, “was never, in fact, to this day, even close to its power to the United forces of the West.” The United States during the cold war acted as a “world policeman,” added Dr. Khrushchev, as for the Soviet Union, the Soviet state tried to “not show weakness and fear.”

During the lecture, Sergei Khrushchev also stated that a similar trend was evident during the Cuban missile crisis of 1962 in the refusal of the Soviet leadership from the proposals of the then American President John Kennedy to send to the moon a joint mission. The reason for this was fear of Nikita Khrushchev — General Secretary feared that American spies know “about the shortcomings of the space program of the USSR.”

“Indeed, my father was afraid that it would show how we are weak,” — said Sergei Khrushchev at the Museum in Vegas.

The denouement of the cold war showed “the difference of cultures and values” between the USSR and the USA, I’m sure Khrushchev, Jr. Mikhail Gorbachev “hoped for the establishment of friendly and allied” relations with the United States. Ronald Reagan, in contrast, believed that the United States “won the war”, said the son of the General Secretary.

Sergei Khrushchev also expressed doubts about the legal character of the modern Russian state. “The basis for democracy is the rule of law. There are many questions to how it is maintained now in Russia,” said Khrushchev, Jr. According to the son of the head of the Soviet state, the key and secret of the peaceful coexistence of Russia and the USA became a “mutual demonstration of respect and decency”.

“We [the United States] can’t be the world’s policeman and to punish those who we don’t like. We need to learn how to attract as many countries as possible”, — he concluded.

Putin and the Makron will discuss the outcomes of the pandemic

In Belarus detained the person publishing the data of national guardsmen