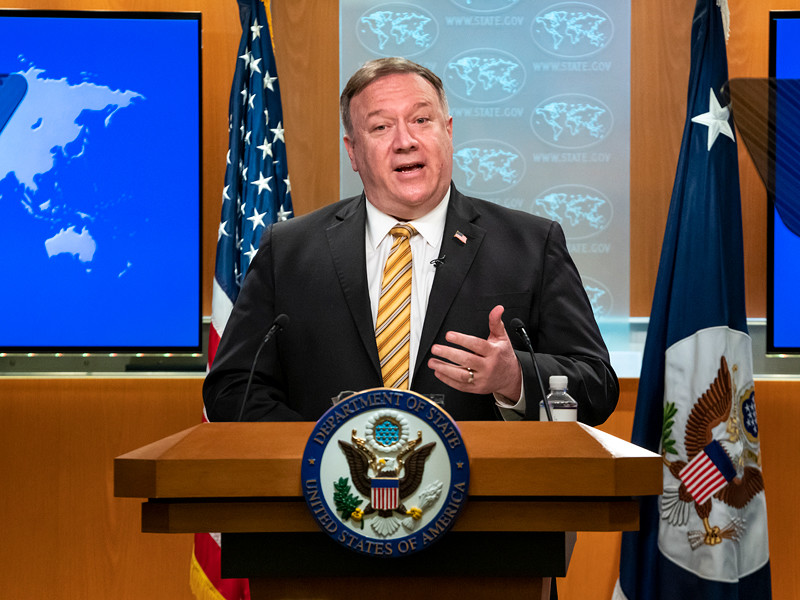 US authorities impose restrictions in respect of the five captains of the Iranian courts, which supplied fuel to Venezuela. This was stated on Wednesday, U.S. Secretary of state Michael Pompeo.

According to him, these persons using tankers Clavel, Petunia, Fortune, Forest and Faxon Iranian companies in Islamic Republic of Iran Shipping Lines (IRISL) and National Iranian Tanker Company (NITC), delivered fuel from Iran to Venezuela. “The assets of these captains will be blocked. They will be banned in U.S. waters,” he added. His words leads TASS.

In a released Wednesday statement from the U.S. Treasury Department clarifies that Kenesary Ali, Mohsen Lohardaga, Alireza Rahnavard, Reza Vaziri and Hamidreza Yahya Zadeh has delivered from Iran to Venezuela, more than 1.5 million barrels of fuel and oil products.

“The Ministry of Finance will prosecute all who are involved in Iranian attempts to evade sanctions imposed by the United States and who continues to contribute to its destabilizing activities around the world, said Finance Minister Steven Mnuchin. – Support the Iranian regime’s authoritarian and corrupt regime in Venezuela is unacceptable and the US administration continues to block it.”

In the United States recalled that in November 2019, the Iranian authorities have increased by 50%, gasoline prices and restricted its sale. This led to a wave of protests that were suppressed by the security forces. Killing approximately 1,500 people, including women and children.

“Now, despite the government’s decision to restrict access of Iranian people to the vital fuel, the Iranian regime sent to Venezuela five tankers carrying more than 1.5 million barrels of petroleum products,” – said in the Ministry of Finance of the United States.

The Agency added that Tehran intends to continue to provide “a cruel and corrupt regime Maduro” fuel, and also to support another “friendly dictator” – Syrian President Bashar al-Assad and the terrorists.

Venezuela has the world’s largest proven oil reserves. This could be the key to prosperity, if not populist policies of President Nicolas Maduro and his predecessor Hugo Chavez, undermined market institutions. However, in all the many disasters that struck the country, the authorities blame external forces, including “American imperialism”.

The Bolivarian Republic in the recent years is experiencing an acute socio-economic crisis accompanied by devaluation of the national currency, hyperinflation, shortages of goods. In the spring of 2019, it was reported about the collapse of the national health system. Due to the lack of medicines and vaccines quickly spread diseases such as measles, diphtheria, tuberculosis, malaria, and growing infant mortality. Many children suffer from hunger. According to the UN estimates, the country has left more than 4 million people (approximately one in eight people).

Brain drain turns into even greater economic problems and lack of skilled labor.

The political situation in Venezuela worsened after the 23 January 2019, the opposition leader Juan Guido, whose appointment to the post of speaker of Parliament two days earlier revoked by the Supreme court of Venezuela, declared himself acting President of the country. The interim head of state recognized by the US, joined the country’s Group Lima (except Mexico), the Organization of American States and several European countries.

The real levers of power remained in Maduro. Despite the sanctions and economic problems, he remained loyal to the generals and the leadership of the security forces.

Scientists have proposed to have a foam hunt for space debris