The first research work on genetic mutations in the Russian population, which may be associated with a greater risk of infection with coronavirus, published by the specialists of the Tomsk Institute of medical genetics. It seems that the representatives of one ethnicity in a certain area are more likely to avoid coronavirus than others. We contacted one of the authors of the article — Alexey Zarubin, who spoke about interesting research. 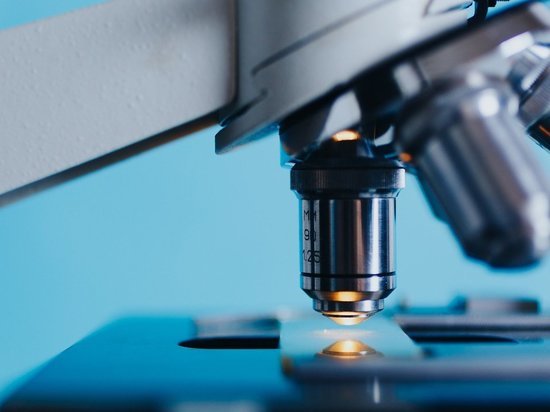 As you know, the virus SARS-CoV-2 is made to penetrate the human cell special cell receptors АСЕ2 and CD147. But to reveal his true “face”, that is to get rid of “packages” and start to hit the cage from the inside, it helps the other agent – cell transmembrane protein TMPRSS2 (or protease). What is this treacherous position, you ask? It turned out to be not protein – is a traitor, and the virus is so insidious that I useful cellular component (a function of protease is to destroy foreign proteins) to get to work on yourself.

Logically, if the protein to loosen, to make less active helper virus, the person could avoid getting infected by the coronavirus or to achieve the less stringent of the disease.

So the scientists decided to find out whether there are any genetic “markers” for which one can distinguish more and less susceptible to illnesses.

We drew attention to two well-known variant of the protein protease, which differ in frequency in different populations, – says Alexey Zarubin. – To us nobody studied them in sufficient sample of Asian, European and Caucasian populations.

– What kind of options?

– In the first one of the components of the protease gene is nucleotide C (cytosine), the other With replaced by T(thymine). Of this change depends on the development of completely different amino acids (valine is replaced by methionine), and changes the structure of the protease.

– Thanks to the available databases we were able to explore 1836 DNA samples of our citizens. It turned out that the proportion of Russians with an alternative version of the “T” in the Asian part of our country more than in European 36-41% and 22-24%, respectively. But in the North Caucasus is home to the smallest number of them is only 19%.

And what does this mean?

It says that we noticed the change in the variability of human TMPRSS2 protein depending on the region of residence.

And may depend on the degree of exposure to the virus SARS-CoV-2?

– Theoretically, Yes, but we have not proved it. While we can only tell you what percentage of Russians living, for example, in the European part of the country, has a characteristic difference in the gene for the protease. It turned out that almost a quarter with a “T”. Now the challenge for physicians is to explore the genes affected people and find out what variant they are. Then we can talk what one is “s” or “T” – protects us from the coronavirus.

– From the daily updates on the coronavirus, we can already conclude that in Siberia and the far East, infected a lower percentage of people than in the Caucasus. Isn’t it to say that the alternative “T”, which is more common in Asians, and that protects them?

Such conclusions while it is possible to do only as speculation, because in addition to genetic characteristics, reasons why some people may be more resistant to the virus than others, but, can be many. All, as I said, requires scientific evidence.

There is another indirect reason to believe that the number of affected and the virus grows as you move from East to West. Previous coronaviruses, like SARS-CoV-2, also moved around the world from East to West, and the Asians have developed the second version of the polymorphism could theoretically testify that it is a way of adapting them to the coronaviruses. This may explain why they are easier to carry.

– What is the percentage of people with an alternative protease in China, did you know?

– In Asia – in China, Japan, South Korea, the percentage of people with this modified version can reach 40%. That is almost like our Russian Siberians and residents of the Far East. In Western Europe and Africa, the level of mutation is similar to the level of our European population. And in Latin America it is not as low as in some populations of the Caucasus, but significantly lower than in Europe.

– What could account for such a low percentage of modified genes in the inhabitants of certain areas in the North Caucasus?

– First of all, it is caused biologically. When the population lives isolated in the mountains, it is very difficult to come to the new virus, and afterwards to make her more resistant to it. Secondly, it can play the role of so-called “founder effect”, when the population was formed by a small group of people who are in some degree or other relatives of the father-founder of the clan who had this polymorphism (gene variant).

– The article says that you have found ways to reduce the expression of proteases with therapeutic agents, for example, with the help of curcumin. And modern pharmacological agents do not belong to them?

– We reviewed the scientific literature on the subject, studied the articles, which were written long before the outbreak of coronavirus and related to the effects on protease. So, naturally, the modern medicines that treat COVID-19, we have not found it.

– Does this mean that if you actively use as a seasoning for food turmeric (or saffron), you can try to increase protection against infection with coronavirus?

– Curcumin which is a large amount can be contained in the spices studied as a potential cure for various diseases for a long time. And, in addition, it will potentially decrease the level of expression of protease in the computer simulation, other researchers have predicted its direct impact on the coronavirus. But curcumin has disadvantages as drug – he has a very low bioavailability. When you use it in food, even in large quantities it almost does not enter the bloodstream.

By the way, the expression level can also affect sex hormones. And this can also indirectly explain why different levels of incidence between men and women.

– Who has more protection?

– About female sex hormones, scientists have observed differences, and about the men all unanimously sex hormones only increase the expression of protease.

– Do you mean, “alpha males” can often be ill with the coronavirus?

To make such statements without more research, I think prematurely. A more obvious reason, which may explain the difference in incidence between men and women is a way of life.

In principle, the idea is to study a protein that actively participates in the activation of the virus SARS-Cov-2 lying on the surface. Now the confirmation of the hypothesis put forward by the Tomsk geneticists, depend on doctors, who have the ability to check it right now.

Astronomers have discovered a nearby Earth like planet Neptune