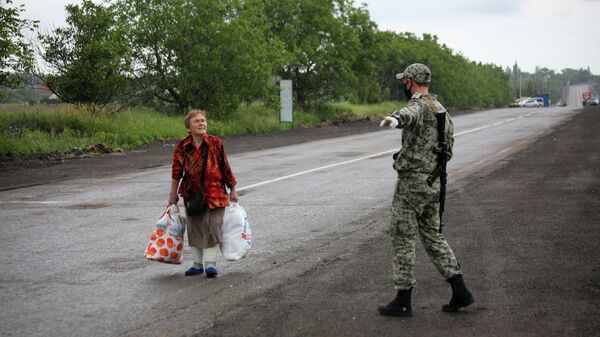 The self-proclaimed head of the Donetsk national Republic Denis Pushilin suspended from 28 June decree of civilian traffic and pedestrians through the checkpoints of entry exit on the frontline.

Previously this measure was adopted by the authorities of the DNI because of the situation with the spread of the virus COVID-19. Later it was decided to partially resume the movement of citizens through the KPVV.

In administration of the head explained to RIA Novosti that the decree re-suspends civilian traffic and pedestrians through KPVV on the line of contact.

"I don't know what it is like food": a Girl with a rare disorder feels smells and tastes

In Poland the dog for three days was guarded by the host, fell into the swamp

In Serbia showed 227 new cases of infection with coronavirus