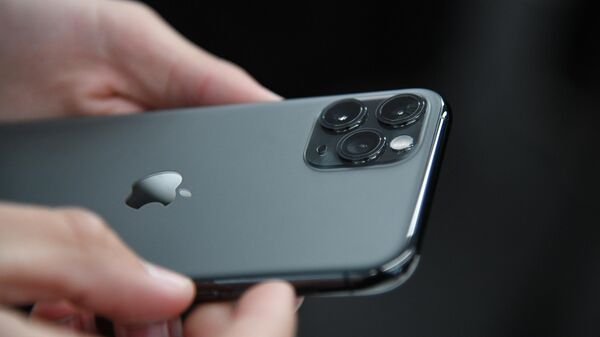 In the new operating system for iPhone iOS 14 the function of recognition of environmental sounds. This was told to the American technologer Marques Brownlee.

In a new you can enable notifications that will inform you about the doorbell or fire alarm.

“Let’s say you play with headphones, and in your door. Your phone lights up and lets you know about it, so you wouldn’t miss the delivery,” explained Brownlee.

The features of iOS 14 will be especially useful to users with hearing impairments, he added.

Mobile operating system does not always correctly analyzes the sound and sometimes gives strange results. The blogger found that his smartphone screen a few times, appeared a notification that somewhere near flowing water.

This could be the beginning of a 2020 horror movie pic.twitter.com/c9ByuUHDv1

“You know what would be really scary? If you are alone in the room, and the phone says that somewhere nearby a woman crying,” — said in the comments.

Users added that they would be horrified if they could see on the iPhone screen a message about “the screams or the laughter of a maniac” nearby.

On the portal Reddit also complained of wrong recognition of unusual sounds. User under the name u/spliffsandsunsets shared the screenshot on which notice of the children’s crying, even though his house was empty.

Commentators have noted that this is similar to a scenario of horror.

“Maybe. Please make sure in the morning that I was alive,” — jokingly said the u/spliffsandsunsets.

The expert explained how to extend the life of the headphones

In the list of strategic enterprises added ten companies