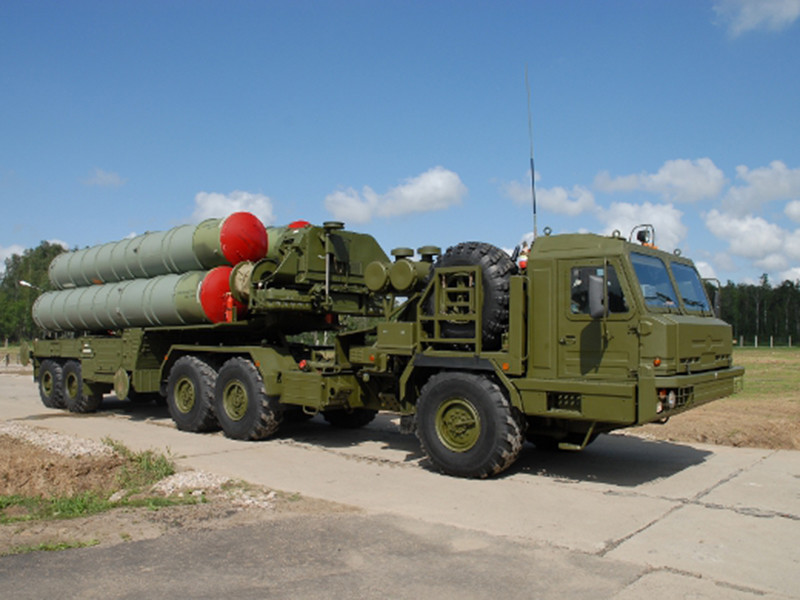 India expects in the shortest possible time to get a Russian MiG-29 and su-30MKI, as well as systems of air defense (ad) s-400 in connection with the need to neutralize threats from Pakistan and China, said Friday the newspaper “Kommersant”, citing Indian military sources.

“The desire of Delhi as soon as possible to receive Russian fighter jets and air defense system (PVO) the result of the growing need to neutralize threats from China and Pakistan, pursuing the rapid modernisation of its air force,” – said in the post you quoted by “Interfax”.

As suggested by the Indian military, Russian weapons in the event of a conflict “would deprive the enemy the chance to achieve air superiority”.

Last year, India has transferred Russia the first tranche of $ 800 million on account of the contract for s-400, and in March this year, the General Director of the Federal service for military-technical cooperation (FSMTC of Russia) Sergey Vasiliev in an interview to “Interfax”, said that Delhi will get the first s-400 system in 2021.

But now, after talks in Moscow, new Delhi expects that the first s-400 system will be delivered to the country before the end of 2020. The performance of the contract as a whole will be completed in 2024 (assuming that the Russian side will supply India one complex With-400 per year), States the article.

“If this scenario is implemented, we will see the first installation of s-400 at a military parade on the occasion of India’s Republic Day, which will take place on the main Avenue of the capital of the Indian Rajpath on January 26 next year. This system will be our silver bullet against the enemies,” – said the newspaper Indian military source.

In connection with the incident on the eve of the visit of the Indian delegation to Moscow sharp deterioration of the situation on the line of control with China in Ladakh a number of Russian and foreign mass media considered the desire of the Indian side to accelerate the implementation of arms contracts in response to the incident on 16 June, the newspaper notes.

However, the Indian newspaper sources indicate that the initiative of Delhi is under a long-term strategic calculations associated with the need to preserve the changing balance of forces on two borders with China and Pakistan.

“After Pakistan acquired the us F-16 Block 52, while China has strengthened its air force’s fifth generation fighter J-20 development, the Indian air force was in a difficult situation. In the event of hostilities it may be a situation when India will be forced to use their fighter jets simultaneously in both defensive and offensive purposes. And it’s very difficult,” said an Indian source.

According to him, who leads the newspaper, “the imbalances will be fixed once the s-400 will assume a major role in the protection of air space of India, allowing you to look deep into Pakistani territory and track the enemy aircraft as soon as they’re in the air, as well as to monitor Chinese fighters taking off from airfields along the Tibetan plateau”.

“Thus, the s-400 will free our multi-purpose fighter aircraft to perform tasks such as strikes on ground targets, freeing them from having to conduct aerial combat with fighters opponents,” added the Indian source.

According to interlocutors of the edition in Delhi, three from the Russian systems s-400 after receipt India will be posted on the border with Pakistan, and two on the line of control with China (on the same system on the Western and Eastern areas). While s-400 will be a key element of the air defense system of India, consisting of three parts and also includes anti-aircraft missiles Akash Indian production.

Recall, June 16, in the mountainous region of Ladakh in the Himalayas occurred many hours of hand to hand combat with Indian and Chinese soldiers. According to media reports, about six o’clock side, using small arms, fought using sticks, batons with spikes and stones for throwing. In the end, killed 20 Indian soldiers, including a battalion commander.

New Delhi announced its intention to purchase s-400 in 2015. Contract to supply anti-aircraft missile system s-400 “Triumph” with a value of 5.43 billion U.S. dollars were signed during the visit of Russian President Vladimir Putin to India in 2018.

Because of the supply of s-400 and spoil relations between India and the US. The representative of administration of the American President Donald trump said earlier that the decision of India to acquire anti-aircraft missile system s-400 long-range Russia will have serious consequences for the defense ties between Washington and new Delhi. “You can see what happens in a serious dialogue on this subject with our NATO ally Turkey. And equally serious concern is expressed, if India will continue the process of acquiring s-400”, – he said.

In April 2019, the defence Minister of India Nirmala Sitaraman told the press that India explained Washington its views on the acquisition of s-400 from Moscow and expects that Washington will not impose the sanctions against her. Because of the risk of these sanctions Russia and India had to work out a special mechanism for payments.

"Beat Obama": why Russia expelled from the G8

“Beat Obama”: why Russia expelled from the G8

In Palestine the number of patients COVID-19 reached 2248

Disenfranchised capital: why would the Democrats create the 51st state