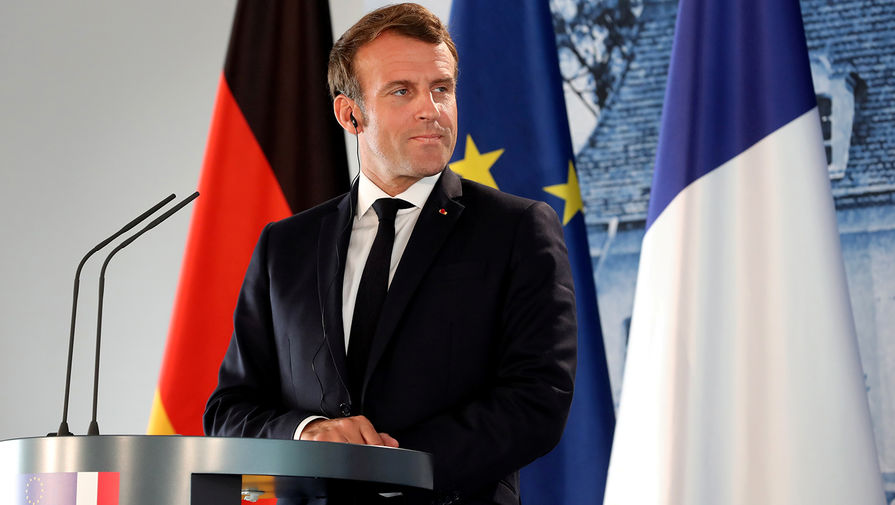 The second round of the French municipal elections ended in the defeat of the party of Emmanuel Macron, in most major cities won by the left-wing of the party “Europe Ecology Greens” together with the socialists. Presidential “Go Republic!” along with its allies managed to clearly win the support of voters only in Le Havre and On. Party Macron mistakenly made a bid for right-wing, having missed the trend on leftist ideals that are accessed by the electorate.

In France, summarizing the results of the second round of municipal elections more than 100 days after the first. The vote was postponed because of the pandemic coronavirus COVID-19, which likely influenced the final voter turnout: 40% — one of the worst results in the history of the country. For example, six years ago this figure exceeded 62%.

The low turnout has already caused concern of the President of France Emmanuel Makron. As stated at the Elysee Palace, the President called it a not too good news. Although, from the point of view of observers of the TV channel BFM, the indicator is explained by the fear of the voters before the virus, despite all the security measures in place.

Nevertheless, the vote was held and the results were disappointing for the presidential party “go Republic!” Overall winners in the election were the left party “Europe Ecology Greens” were able to prevail in cities such as Annecy, Bordeaux, besançon, Poitiers, Strasbourg, Lyon (third largest in France) and other small municipalities.

Only the second round of municipal elections was determined leaders of 47 key cities. The mayors in France can be elected several times and be on duty for decades.

“The second round showed that the ruling party poorly represented in the field. Its candidates generally lost in big cities, they were in the hands of the former backbone of the parties of the left and right of center”,

— said in a conversation with “Газетой.Ru” the head of the Center of the French researches of Institute of Europe Yury Rubinsky.

Environmentalists a breakthrough was a new, but expected factor, the expert continued, they showed really impressive results in the European Parliament elections and have now confirmed that they have become one of the leading political forces in the country.

Perhaps the most important vote took place in Paris, and this time it also ended in favor of the left, but the socialists. Their mayoral candidate Anne Hidalgo scored 49% of the votes, beating all of its rivals. Her rival, ex — Minister of health Agnes Busan from “Go Republic!” and the Republican Rashinda Dati received 16% and 32%, respectively.

Elections in the French capital are of particular importance for Macron, as in 2017, it received the unequivocal support of the Parisians in two rounds of presidential elections. However for three years his party was never able to gain a foothold in the municipalities, including Paris.

In addition, the candidate of the presidential party Buzan not only lost the election, but failed to pass in city Council. As Politico writes, such an outcome can be considered a true humiliation of “go Republic!” Makron.

However, the failure of the presidential party in Paris was quite expected, at the beginning of the campaign “Go Republic!” encountered difficulties. The original candidate in mayors from party Benjamin Hryvnia dropped out of the race because of the scandal with the publication of compromising sexually explicit video with his participation (the video was published by the Russian artist-actionist Peter Pavlensky living in France). The replacement was found in a hurry — the choice was not too popular, Busan from the outset showed a good performance in the polls.

Moreover, the electoral campaign was strongly influenced by the factor of the pandemic, public gatherings were banned, which removed an important aspect of the election process — voters. This is partly played in favor of Hidalgo as acting mayor of the French capital, which was in sight of the townspeople.

However, the completely disastrous way the party Rules can not be named, associate “Go Republic!” from “Democratic movement” Francois Bayrou won first place on elections of the mayor of the city in the South-West of the country, and the Prime Minister of France Edouard Philippe won in Le Havre. By the way, the Prime Minister earlier held this post for seven years and may go back to it.

According to the TV station BFM in July, the French government can expect serious changes, and Phillip could be dismissed, although the probability of this outcome remains low.

“The fact that these elections were a defeat for the President and the ruling party, does not mean that today or tomorrow will change the power. There are still regional elections, elections to the Senate, obviously, many of them can be transferred”, — says Yuri Rubinsky.

Macron will try to offer the country and the voters a new program, he said, he understands that after the movement of the “yellow jackets” and the acute social crisis due to the pension reforms he will make another contract with the country.

If to speak about the results of right-wing parties, they can be quite modest. “The national Association” marine Le Pen managed to win only in Perpignan. Republicans took himself a nice, Toulouse and several other small towns, in the party point to win the half of the settlements with more than 9,000 inhabitants.

In General, the elections demonstrated the strong request of voters on a slope to the left, which to some extent perceived in Paris. Almost two weeks before the vote, 15 June, macron in circulation to the nation has already announced a reorientation of domestic policies on the environment and social protection.

“Our first priority is to restore strong, sustainable, social, sovereign and solidarity economy. This economic, ecological reconstruction of social security will be the key to our independence”, — stressed the President of France.

Thus it marked the beginning of a transition from its current policies and in a sense return to their pre-election promises. Makron was President as the candidate of “neither right nor left”. “Go Republic!” was created to deal with the traditional division, but three years later, showed a failure of his progressive orientation.

“Almost all the reforms of the Macron was a center-right plan, that is in favor of those French groups that fit into the globalization and European integration — they are often pleased with his work. Accordingly, in these elections in the largest cities of the country the candidates of his party was following a moderate right-centre, namely the Republicans,” said Yuri Rubinsky.

However, a break of environmentalists who position themselves as the left and try to work together with the socialists, showed that the ruling party is divorced from the new situation, the expert notes, they went right, and a large part of the electorate to the left.

“Now the Macron is an important task to offer the voters something that takes into account the bias towards environmentalists, and not to miss the right part of the electorate. This choice has been brewing for a long time and today it is becoming increasingly difficult,” concludes Rubinsky.