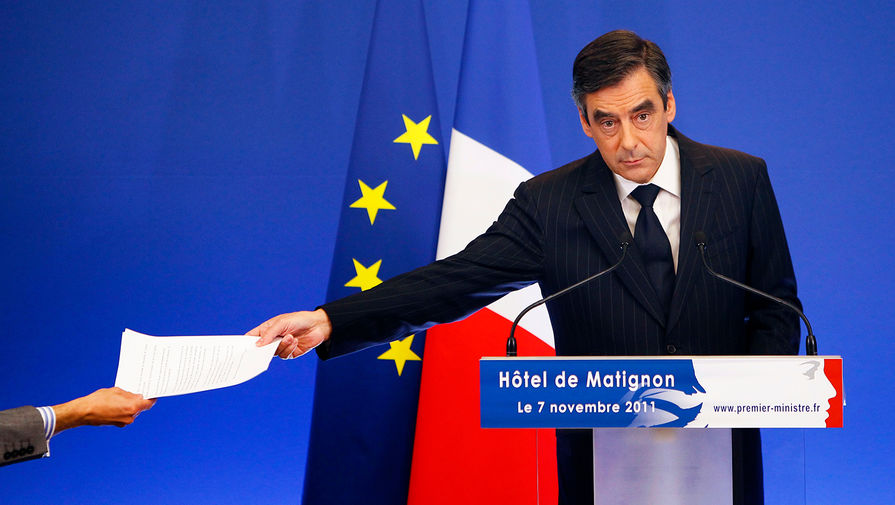 The court sentenced ex-Prime Minister of France Francois Fillon to five years in prison in the case of financial violations, three of which are conditional. The scandal erupted during the presidential campaign of 2017 in which the Fillon was considered the main contender for victory. His wife also found guilty of complicity and concealment of the embezzlement of public funds. She was sentenced to three years probation.

In addition, and politician, and his wife must pay a fine in the amount of €375 thousand mark Julot sentenced to a fine of €20 thousand, françois Fillon cannot hold government positions for 10 years, Penelope — in a period of two years, Julot — within five years.

In addition to the fines, according to Le Figaro, all three of them should compensate the National Assembly amounts obtained fraudulently by Penelope Fillon.

The court ruled that the former Prime Minister and his wife should jointly pay €401 million, another €679 thousand compensation Penelope Fillon will share with Julot. Thus, the French National Assembly only from the couple will receive about €1.15 million

The court found the Fillon guilty that his wife and children were paid from public funds for work they did not perform.

According to the investigation, Penelope Fillon and two children policy fictitiously took place his assistants from 1998 to 2013, while not working.

Fillon claimed that he actually performed a number of duties, but did so remotely, as he raised five children, says the Agency AP. The couple intend to appeal the decision.

In addition, Francois and Penelope Fillon found guilty on charges of “fictitious” contracts spouses policy in a famous literary magazine Revue des deux Mondes. The owner of the publication is a friend of ex-Prime Minister and his wife billionaire Mark Ladra de Lacharriere. The prosecution has noticed that Penelope Fillon was listed as literary adviser to the publishing, for her work she received approximately €135 thousand, However, during the cooperation she only wrote two reviews. Meanwhile, Francois Fillon, at that time held the post of Prime Minister, has requested the presentation Ladra de Lacharriere Grand cross of the Legion of honour.

It is the case of embezzlement of public funds in 2017 prevented Fillon to win the presidential election. The investigation was launched in the midst of the presidential campaign, in which Fillon was the main contender for the presidency and, consequently, the main competitor of Emmanuel Macron.

Francois Fillon served as Prime Minister from 2007 to 2012. Although the opening of the case pressed on policy, he stated that he would withdraw his candidacy only if he will put forward formal charges. However, news about the investigation has affected his chances, and just two months before the elections he was charged with.

As a result, in the first round of voting Fillon received 20% votes, remained in third place, and was eliminated from further competition. Once in France the presidential election is held, the pace of the trial against former Prime Minister declined.

Only in March this year, the national financial Prosecutor’s office of France made a concluding speech on the trial of Filonov. Her requirements were fully satisfied by the court.

However, on 10 June, the former Prosecutor of Elian Ulett involved in the investigation, said that he felt pressure from the Prosecutor General’s office. So, according to her office every day demanding the new facts about the investigation. In addition, Ulett noted that the national financial Prosecutor’s office demanded to present Fillon status of the accused.

19 Jun Emmanuel macron demanded to inspect the investigation of Fionov to find out whether it’s under pressure. On the same day Elian Ulett admitted that the pressure she experienced from the state office of public Prosecutor, concerned only procedural matters.

A week later, the lawyers Filonov demanded to revise their business.

Do wooden blinds on the Windows with their hands