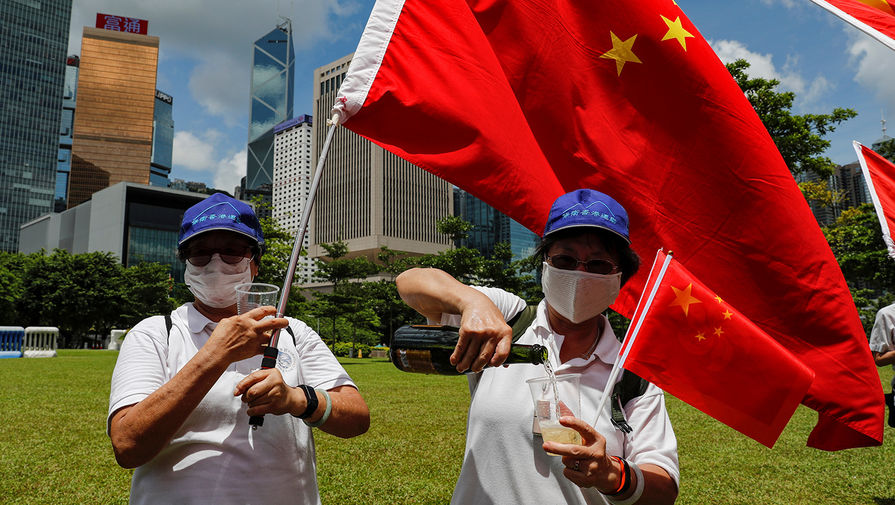 Despite external pressure from the US, UK and other countries, the Chinese President signed a law on national security of Hong Kong. The new legislation provides for life imprisonment for separatism, terrorism, undermining state power and collusion with foreign forces. It is expected that such measures will stop the protest movement in the city. At the same time as the law will affect the interaction between Beijing and Washington, in fact, it doesn’t matter, experts say, because the point of no return in relations between the two countries has already been passed.

Chinese President XI Jinping signed the national security bill in Hong Kong, which caused a negative reaction from a number of Western countries and the population of the Chinese district.

The document provides for punishment for the four main types of crime: separatist activities and undermining state power, terrorist activities, conspiracy with foreign States, or abroad, with the aim of harming national security. In this case

the most serious offences can lead to life imprisonment.

In accordance with the initiative in Hong Kong will set up a special force structure under the direct control of Beijing. Sources of the newspaper South China Morning Post saying that the post of head of unit may take one of the Vice-Minister of public security of China.

Despite external pressure, primarily from the United States, acted as chief critic of the bill, the standing Committee of vsekitajsky meeting of national representatives (vsnp, the Parliament of China) adopted unanimously. Lawmakers also approved the inclusion of this initiative in Appendix 3 of the basic law of Hong Kong.

Hong Kong became part of China in 1997. In accordance with the concluded with great Britain an agreement on the transfer of the city under the authority of Beijing, Hong Kong received broad autonomy and the possibility of maintaining the democratic institutions in accordance with the principle of “one country, two systems”.

This situation played into the hands of Western investors: large companies could easily get to the still-closed Chinese market through Hong Kong. It is not surprising that the situation of Hong Kong has consistently drawn the attention of Western countries headed by the USA.

The adopted law on national security of Hong Kong as a whole can be seen as a reaction to Beijing which lasted for almost a year anti-government demonstrations, which quickly lost its peaceful nature and often led to violent riots with a clear color.

Important here was the aspect of external pressure: in fact, the US openly supported the protesters. At the end of last fall, Congress even passed a law allowing Washington to impose sanctions against those who violate the rights of residents.

Around the same time, China began to devise measures to resolve the situation around Hong Kong. As stated in conversation with “Газетой.Ru” the head of the Center for Asia-Pacific studies, IMEMO ran Alexander LOMANOV, many people overlook that words about change of the legislation of Hong Kong was made at a Plenum of the Central Committee of the Communist party of China also last autumn — about this open text said in a communique.

“The Chinese authorities have lost hope that Hong Kong legislators and the administration of the collective efforts to fulfil the obligations imposed on them by article 23 of the basic law of Hong Kong to adopt local legislation in the field of national security. In the end, the Chinese government took the initiative in their hands,” — said the expert.

The law needs to influence the protest movement in Hong Kong, which in the last five years severely degraded, continued LOMANOV.

From the struggle for a real and achievable goal it went on to demand political independence that will never be possible.

“Therefore, the current law is a bit played the situation back, as now walk the streets, demanding the independence of Hong Kong will be punishable. However, just exit on the street with various political demands, in the framework of a constructive legislative framework are likely to continue. The spirit of freedom and the desire to demonstrate their own identity in Hong Kong will remain” — the expert believes.

Possible suppression of the protests in Hong Kong does not exclude the continuation of external pressure from Western players. Until the adoption of the law the main struggle unfolded between China and the United States: the country consistently exchanged threats.

Washington promised “to punish officials of the Communist party of China responsible for the erosion of freedoms” from Hong Kong, in particular, due to visa restrictions, and Beijing announced the adoption of “necessary measures” against officials of the United States.

In addition, the us has suspended preferential treatment of Hong Kong to important technology not in the hands of the Chinese army.

At the same time, the United States has deprived Hong Kong privileges in bilateral trade, despite the fact the city opened offices in 1300 American companies, and the trade surplus of the parties amounted to $297 billion from 2009 to 2018.

“The situation is quite absurd, because trump himself complained about the huge trade deficit with mainland China when Hong Kong, by contrast, there was a surplus — that is, with all its limitations, the United States only to get rid of him”, — said Alexander LOMANOV.

In order to Express their dissatisfaction with the policy of Beijing, Washington is actually creating economic difficulties for the Hong Kongers, the expert said. According to him, in this vein, it is interesting to see the reaction of locals will make this a sobering effect on radical representatives of the protest movement.

It is worth noting that pressure on China from Hong Kong not USA only. Closely monitoring the situation in the UK and Japan.

Both governments expressed concern over the adoption of the law on national security in the Chinese district. In Tokyo did not rule out that this initiative may prevent XI Jinping’s visit to Japan.

However, the major external player in the history of Hong Kong remains to Washington, using it as part of their anti-Chinese campaign. The relationship between China and the United States steadily deteriorated since the beginning of the year because of the pandemic coronavirus, the us is actively trying to shift to Beijing the responsibility for the epidemic.

Current media campaign tied to the election program of Donald trump, which creates the image of an external enemy and trying to give this phenomenon an international nature that only adds to fuel to the fire.

“How the new law will affect the relations between China and the United States, in fact, it does not matter.

The point of no return in Chinese-American relations was passed during the epidemic of the coronavirus when the two largest economies in the world instead of cooperation entered into a squabble with each other. Began political criticism, and absolutely absurd ideas about how to recover from China funds for China’s first cases”, — said Alexander LOMANOV.

If the current situation of Hong Kong was not the relationship of the parties were hardly in better condition than it is now, the expert emphasizes. According to him, currently the US uses everything that happens in China, to put pressure on him.

“China is preventing the US by its very existence as a growing technological and innovative power. To please the Americans, they need to stop its progress 10-15 years — but Beijing never will not go, so the rest doesn’t matter. So did China, the United States will throw criticism and incite his allies. Probably, China will be in the same mode it’s possible to back this campaign”, — concluded the expert.