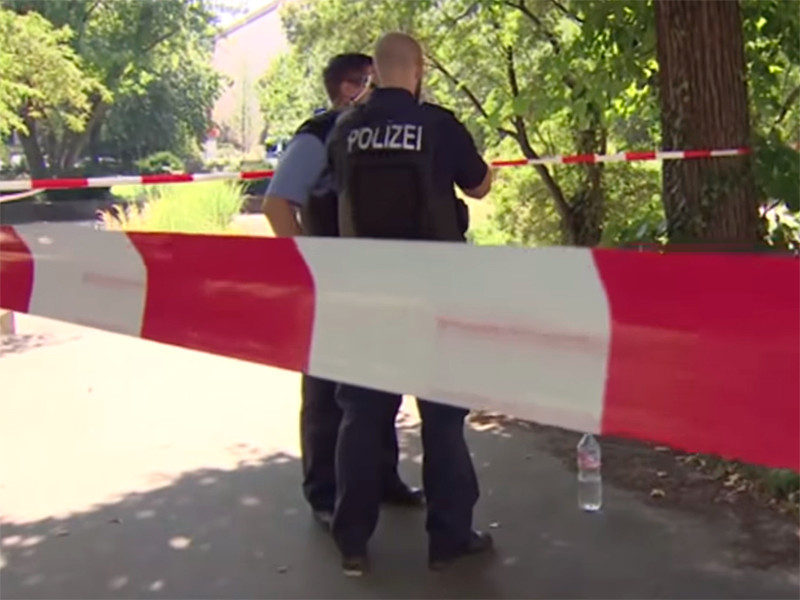 The Prosecutor’s office and the Federal criminal police office of Germany discovered the second possible suspect in high-profile murder in the Tiergarten district of Berlin, writes the weekly Der Spiegel. Investigators believe that the preparation of the murder in August of 2019 could involve a Russian citizen, a man of Roman D. from St. Petersburg, reports “Interfax”.

The suspect entered August 3, 2019 to Poland from Belarus by car, Infinity Q50, without arousing suspicion from the border guards. When the novel has received a Schengen visa, he submitted “suspicious data”, says Spiegel.

“They point to striking Parallels with the data that the suspect Krasikov used for his bogus identity. Both claimed to have worked as engineers at the St. Petersburg company ZAO “rust” – although according to official figures, the firm did virtually no turnover,” the article says.

In addition, the detained accused on the case of Vadim Krasikov and novel D. applied for a passport and a Schengen visa at the same day, investigators believe that the novel D. isn’t his real name.

The state office of public Prosecutor of Germany considers the role of the second suspect significant – despite the fact that at the time of the murder 23 Aug 2019 Roman D. obviously was already out of the European Union – his car, which he drove into the EU, has been registered two weeks before the entrance, but had already left the Schengen area in “the direction of Belarus”.

“There are indications, including data from mobile phones that both men in the months before the crime were in the suburban Orekhovo-Zuyevo. There are training special forces of the FSB. Another coincidence?”, – asks the magazine. However, while installing, was whether the novel of D. involved in the offense and how it failed.

In June, the Russian Ambassador to Germany Sergei Nechayev was invited to the German foreign Ministry for a conversation, the invitation was made after the Prosecutor General’s office of Germany filed charges in the address of a Russian citizen detained on the case of murder in the Tiergarten. The German media called two of his name – Vadim Krasikov and Vadim Sokolov.

German police believe that the accused received the “order from government agencies of the Central administration of the Russian Federation to eliminate Georgian citizen of Chechen origin Tornike K.”

According to the Prosecutor General of Germany, “the reason for this “order” was the fact that Tornike K., aka Zelimkhan khangoshvili, fought during the Chechen campaign, from 2000 to 2004 on the side of the separatists. According to investigators, Russian law enforcement agencies qualified Tornike K. as a terrorist.

Khangoshvili was killed in Berlin in the summer of 2019 in the Tiergarten district. The alleged killer, a Russian citizen, was detained in Berlin on the same day. The German authorities claim that asked Russia to help in the investigation, but she did not provide information.

Because of this, Germany declared persona non grata two employees of the Russian Embassy in Germany. In response, Russia announced the expulsion of two employees of Embassy of Germany in Moscow.

Now the foreign Minister of Germany Heiko Wt and German Chancellor Angela Merkel does not rule out the possibility of introduction against Russia new sanctions.