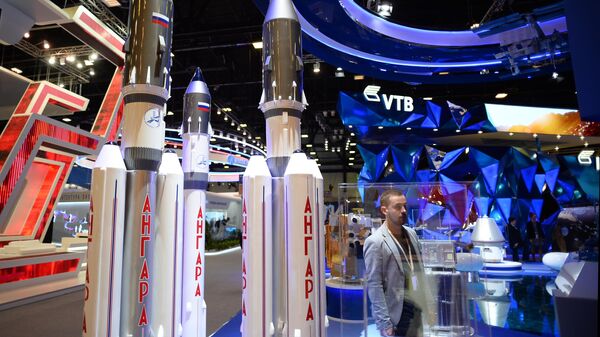 Reducing the cost of production of the rocket “Angara-A5” from 7 to 4 billion is not possible, said RIA Novosti member of the Russian Academy of cosmonautics named after Tsiolkovsky, chief analyst of the Association “Digital transport and logistics” Andrei Ionin.

Informed of the financial report of the Khrunichev Centre, it became known that the cost of manufacturing of the carrier rocket heavy class “Angara-A5” is 7 billion rubles, that is three times longer than flying from the Soviet era to the Proton the same capacity. By 2024 it is planned to reduce the cost to 4 billion. Roskosmos explained that the high cost stems from the fact that its Assembly is carried out in two cities – Moscow and Omsk, as well as boxed by the manufacturer. After the transfer of all production in Omsk and move to mass production price of the missile, as promised in the Corporation’s approach to the market.

“There are no prospects of reducing the cost of the “Angara” twice no, I don’t see it. Under the old mode of production cannot reduce the cost of production. No chance to be competitive and to reduce costs to the level of Elon musk, no,” said Jonas.

According to experts, once appeared on the market Elon Musk with the cost of the launch of Falcon 9 in $ 60 million in the same niche as the “proton-M” and “Angara”, no prospect of competition in the commercial market of the Russian heavy missiles left. “It’s obvious to everyone”, – he said.

The only problem Angara, in his opinion, provide guaranteed access for Russian state customers from the territory of the Russian Federation in geostationary orbit, which is solved from the Plesetsk cosmodrome without the need for the construction of a second launch complex at the cosmodrome East. In this “Hangar” similar to the American Delta 4 rocket, which is very expensive and occasionally run in the interests of the U.S. Department of defense.

Jonas believes that the high cost of “Angara” it is necessary to keep production cheap “Proton-M”.