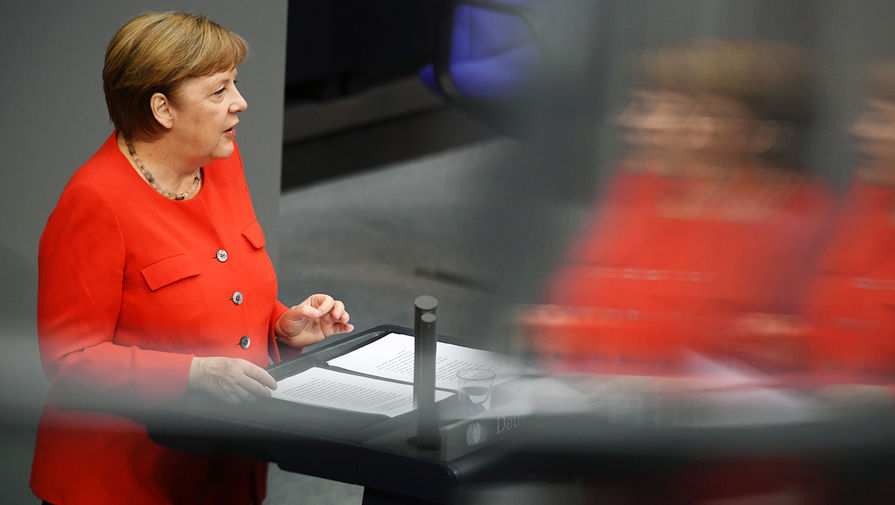 Its half-year presidency in the EU Council Germany begins in the most difficult time of the Commonwealth. Coronavirus pandemic, financial crisis, external challenges, Brexit and the crisis in the European Union it is up to Angela Merkel. Europe holds the Chancellor’s great hope, in the Commonwealth and beyond, consider a good that in such a difficult time for the world turn the presidency has come for Berlin.

Germany July 1, starts its six-month presidency in the EU Council. At the helm of the European Union Berlin gets in a difficult time, from this day to the Chancellor of Germany, Angela Merkel will attract the most attention. And expectations from the German presidency are high.

“The fact that during such a severe crisis, the EU presidency passes to Germany, is a big success. Angela Merkel has vast experience of European politics, and has credibility on the part of all the heads of European governments”, — said earlier the head of the European Commission Ursula von der Leyen in an interview with Handelsblatt.

The hopes of Europe for Germany and personally Angela Merkel is justified, said Deputy Director of the Center for comprehensive European and international studies, NRU HSE Dmitry Suslov.

In many respects the expectations of Europe are connected with the personality of the Chancellor of Germany, which has been in power longer than any of the current leaders of the Commonwealth.

“It represents stability, it represents a leadership role of Germany in Europe and in the world as a whole. The world is reeling and Merkel many see as a symbol of stability and traditional West in the new postpandemic the world, so many, indeed, are pinning their hopes on the German presidency”, — says Dmitry Suslov.

First and foremost, on the shoulders of Berlin rests the task to save the economy of the Commonwealth after the pandemic coronavirus, as well as to prevent the second wave of the disease.

“No country can overcome this crisis in isolation and independently. It can be overcome only if we act reciprocally and collectively. Our common goal should be a challenge to get out of the crisis together, consistently and looking to the future. This will become the main motive of our presidency in the EU Council,” — said the Chancellor on June 18, speaking in the Bundestag.

In an interview with The Guardian this weekend, the Chancellor has made it clear that an urgent task for her will be to reach an agreement to Fund the recovery of the EU economy after the coronavirus in the amount of €750 billion And €500 billion proposed in the form of grants. Another €250 billion in loans.

Germany has long opposed the increasing solidarity of European debt. However, now she has to convince the so-called “miserly four” — Austria, Denmark, the Netherlands and Sweden, insisting that funds be allocated only in the form of loans and austerity.

This issue will be discussed at the first face-to-face summit of the EU after the closure on July 17-18. For the adoption of the agreement requires the consent of all Commonwealth members. Also at the summit will be discussed the seven-year EU budget.

“Out of the crisis, the EU is a priority that falls to the German presidency. And, given the weight of Germany in the European Union, its contribution to the European economy, nobody is better with this task, of course, can not handle, than Germany.

There really good that is now entering in order of priority, it was Germany and not any other country, especially a country that would play a minor role in the EU economy”, — says Dmitry Suslov.

In addition, the most important issue is the gradual lifting of restrictions the EU imposed during a pandemic. Europe fears a second wave of coronavirus, but she also can’t wait to run the economy.

On the eve of the EU has published a list of countries for which July 1, the borders of the Schengen area. The list includes Algeria, Australia, Canada, Georgia, Japan, Montenegro, Morocco, New Zealand, Rwanda, Serbia, South Korea, Thailand, Tunisia, Uruguay. Also, the EU will be allowed citizens of China under the condition of reciprocity for EU citizens from the Chinese side. Every two weeks the list will be reviewed.

In the task list Germany also includes negotiations with Britain about its future with the EU after the end of the transitional period. This question will be the Central theme of the second phase of the presidency of Berlin in the EU. By October, the parties hope to reach a trade agreement.

The transition period ends on 31 December this year, and London does not intend to renew this term, despite intervened in the process of negotiations on the pandemic and enormous issue between the parties on key positions.

Remarkably, in the UK also have high hopes on Angela Merkel.

Although the negotiation process on the EU side, headed by Michel Barnier in London hope that the Chancellor will be able to find a compromise, referring to its pragmatism and reluctance of the “hard” break.

In the third stage of Berlin intends to proceed with the migration. Symbolically, to solve this problem it will be Angela Merkel, who is considered responsible for the “open door policy” resulting in the migration crisis of 2015.

Also in the third stage have to go to an active discussion of the European “green” agreements — the EU plans to 2050 to bring the economy to a level where it will not harm the climate.

Merkel again at the helm

In addition, during Germany’s six-month presidency will be forced to continue the unfinished activities of its predecessor Croatia. It was during the presidency of Zagreb was planned to conclude an agreement on the next seven-year EU budget, and to discuss the complex issue of migration. In addition, negotiations on accession of Albania and Northern Macedonia to the EU practically did not budge, and the rule of EU law in Hungary and Poland remain in limbo.

Another important point the German presidency will determine the future relations of EU with China. As previously reported by Reuters, Berlin will insist on the tightening position of the EU towards China, by putting a priority on reciprocity in trade relations. Such beliefs are based on the complaints of German companies that they do not have the same access to Chinese markets as Chinese companies in Germany.

Even before the pandemic was planned that one of the most important elements of the German presidency will be the EU summit-China in Leipzig. However, because of the pandemic, the meeting with the President of China, XI Jinping, had to be postponed, its implementation depends on the epidemiological situation in the fall.

However, Berlin or otherwise manifests a willingness to engage in dialogue with Beijing on this issue and, quite likely, you can about anything to negotiate. Meanwhile, the agreement between the European Union and China almost certainly will have no taste of US, which again was on the verge of a trade war with China.

The EU’s relations with the White house, the United States can not be called cloudless, and the IRE of Donald trump, largely associated with Germany. The construction of the pipeline “Nord stream – 2”, is insufficient, according to the head of the White house, contributions to NATO — all this has caused tension in the relations between the parties.

All of these have to be addressed Angela Merkel, giving her a chance for a decent and bright complete political career. The Chancellor has already confirmed that he will not run for a fifth term in 2021.

Pandemic coronavirus again lifted her to the peak of popularity — Berlin quite well coped with the outbreak. However, the German presidency in the Council of Europe is much more extends the range of its tasks, neither of which cannot be called unimportant.

“The hope for Germany, on the one hand, associated with a deep crisis in which the European Union is now.

This crisis greatly aggravated the pandemic, which has accelerated the centrifugal sentiments, reinforced the role of the countries members of the Commonwealth with respect to European integration and supranational EU institutions, and, in addition, has created very serious financial problems”, — says Dmitry Suslov.

Merkel, however, has already demonstrated its political level, when not just agreed, and led the camp of countries that insist on allocating resources to save the economy particularly affected by the coronavirus countries, in the form of grants, not loans.

Ten years ago Angela Merkel has led the rescue of the EU economy from financial collapse during the debt crisis through the European stability mechanism (ESM). It involves the provision of credit lines to the needy members of the Commonwealth in exchange for the terms of the policy of austerity.

The conditions of the EU that the Union has put forward for the rescue of Greece and other countries affected by the Eurozone debt crisis was perceived by them as too punitive, mainly due to the austerity required by Germany as a condition for assistance. This experience undermined the credibility of the Commonwealth among most southern European countries and caused anti-German sentiment in many circles.

Symbolically, to lead the European Union in the fight against a new crisis, which will probably become more severe, again, to be Chancellor of Germany. Now, her approach is radically different from what was ten years ago. And it demonstrates the ability of the Chancellor to learn from the mistakes and lessons from his 15 years of experience.

How to make a Japanese saw with your own hands

“The point of no return”: China has come up with a punishment for Hong Kong