In the Institute of psychology RAS said, what is the essence of the created Center of social-psychological research during emergencies.

Well-known wisdom: that life smiled at the man, first he must give her his good mood. To help the Russians keep a good mood and calm in difficult periods of life, for example, during a pandemic, decided in the Russian Academy of Sciences. In the near future there should be a Center for social-psychological research during emergencies. We interviewed the Director of the Institute of psychology RAS, academician Dmitry Ushakov on what tasks will solve the center, and, most interestingly, how. 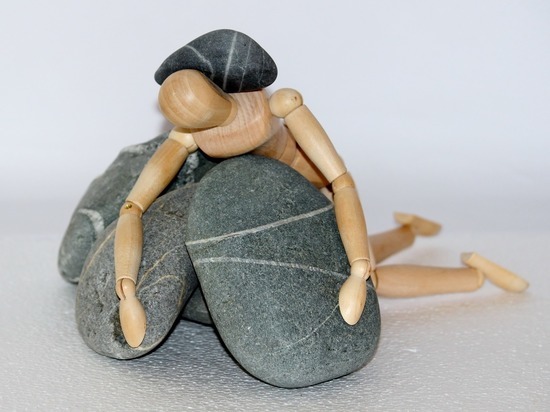 – Dmitry Viktorovich, explain what was the need in creation of the Center?

– Any catastrophic as the crisis hit in psychology. People can panic, stupor, depression. And how well the country will cope with a crisis depends to a large extent on the psychological state of people. The problem arises: how to regulate the psychological and social factors? How to use science and technology to achieve real help to society? We probably first encountered the need for such large-scale psychological support, but we have no corresponding structure for this.

– But there are psychologists that anyone can turn to…

– Psychological atmosphere in society is formed not only and not so much psychologists work with their clients. It also shape the media, various decisions of the authorities. Scientific psychology must keep the “finger on the pulse” of society and give at the right time recommendations.

– How would look such an impact?

– Take the current situation with the coronavirus. The respiratory spread of the epidemic depends on how people behave (not go or wear masks, wash hands after a walk, etc.), and this largely depends on what they say the media. There are studies that show the extent of the impact. For example, one option is the line of fear: “Pandemic is a dangerous, horrible! So you have to wear a mask!”. Second line: “Protect their loved ones of the older generation. You’re young and strong, but the elderly may not survive the pandemic.” I agree that these two lines, encouraging use of personal protective equipment, a completely different emotionally charged, and therefore and influence on people’s behavior.

So, you need different arguments to convince. If that doesn’t work, then what to do?

– Should help. The decision is for professional psychologists who have United to brainstorm in the Centre at the Presidium of RAS. We have the fundamental science that should be directed to the solution of urgent practical problems. In Soviet times, was SCST (State Committee for science and technology – approx. ed.) who determined the order of the state to science. Then the Academy of Sciences, which understand the essence of scientific problems, find solutions. Today we have such mechanisms of interaction with the government, which gave good results are, unfortunately, weak. You can consider the establishment of the Center under Russian Academy of Sciences an important step towards such a scheme, when forming the nerve center, designed to mobilize scientific knowledge depending on the needs of the country.

– You have already outlined the priority steps?

– First of all, you need to conduct a social and psychological diagnostics of the state of society. Here we work together with the Federal sociological centre, Russian Academy of Sciences. It is necessary not only to interview people, but also to conduct content analysis in online social networks using artificial intelligence methods. We have real-time visibility into the condition of the people: what kind of language they use in discussing pandemic, how do you evaluate the situation that offer. It is necessary to make a complete panorama of the psychological state of the people in the country, according to age, social, professional groups.

– Suppose you got a picture. What’s next?

– And then build a model: how to change the psychological state of different social groups under the influence of those or other measures. In particular, a call gives the best result: “Fear” or “Protect the weak”? This is a very difficult task – to predict how people will behave, their different groups. Take, for example, quarantine. What psychological effect it will give? On the one hand it is necessary to reduce the spread of the epidemic, but on the other hand, creates additional psychological problems. The entire population can be divided on those who is easier and who is harder to tolerate quarantine. For example, scientists have shown that it is easier to tolerate isolation or family people with children, if they don’t work, either, lonely, if they work. But working members of the family that has children, and single unemployed people suffer a period of quarantine is very difficult. All this knowledge is important to predict the risks of certain actions of the authorities and recommend measures for their mitigation.

– Who and how will distribute the then recommendations?

– To entrust your innermost thoughts to the Internet? It not all goes.

– We understand how important privacy is in question of psychological assistance. But because my colleague, Professor Sergey Stepanov proposed to introduce the concept of individual digital “guardian angel”. Artificial intelligence will gradually become a significant assistant to every person, including the will to solve our psychological problems. So it is important that such systems do not betray us, worked only in the interests of the user. Such individual digital psychologist.

– Something similar already exists, for example, everyone is familiar with Alice in Yandex.

– Yes, this voice program and other similar – digital the beginnings of a future professional psychologist. They can answer simple questions, may even ask you why you have not mentioned, for example, about Bob… We’re looking forward to develop a program under a true artificial intelligence, able to self-learn in the process of communicating with a person. Knowing his master, he will understand its interests and can help in different areas of life. For example, to build an individual educational trajectory, to help with the choice of profession. It will help to build relationships with people. Of course, this is the future, but probably not so distant.

– Are not you afraid that in this case psychologists-people will be unemployed?

– Psychological service will be needed. Better than her for a very long time does not appear. Here it is in mass – each suffering person psychologists are missing, but the individual “angel” of the phone is in some degree a way out.