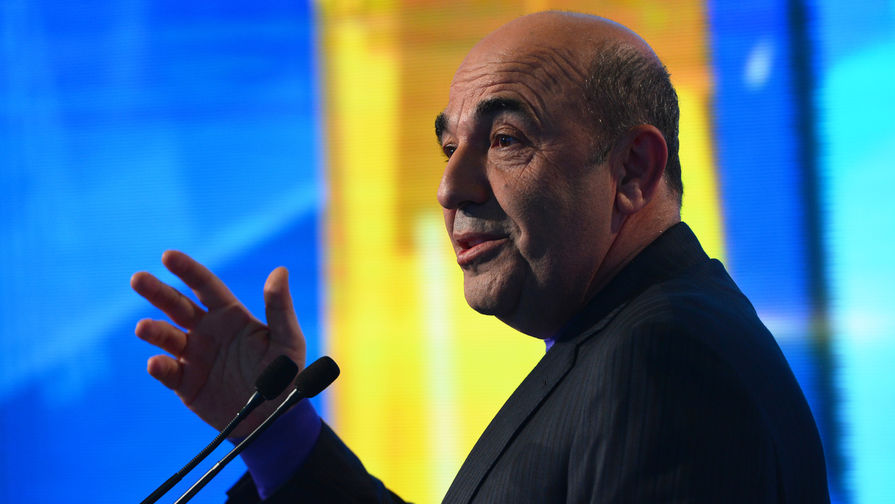 Verkhovna Rada Deputy Vadim Rabinovich, said that members of the party “servant of the people” “betrayed the country” and “forgiveness they will not.” This conclusion he did, based on the reaction of politicians and the President himself on “manifestations of fascism” in relation to people. According to Rabinowitz, they are silent in response to the illegal actions of the nationalists, and allow themselves to such statements as “children in low-quality” born in low-income families.

Ukrainian parliamentarian Vadym Rabinovich criticized their colleagues from party “the Servant of the people” and accused them of betrayal. The policy speech in Parliament was broadcast channel “112 Ukraine”.

“Last week showed that you are no longer “servants”, you have “the Lord.” One of the leaders of your party, the head of the profile Committee [Galina Tretyakov] said that people who do not earn much, need to be sterilized. If she stays in this room and will remain head of the Committee in the Ukrainian Parliament, it is not just a disgrace to the Verkhovna Rada, it will prove that you like her and share her views,” he said.

Thus Rabinovich responded to the words of the MP from the faction “servant of the people,” Galina Tretyakova that in poor families children are born “low quality”.

Tretyakov, head of the Committee on social policy. Her performance was part of the online conference and appeared in the Ukrainian media last week.

“When we provide such means that are used by the family, and the birth of a child is not to provide the child with equal rights, education and so forth, and give birth to the child in order to receive financial aid, then we get, I say harshly, children of very poor quality, which also sit on public funds. It’s Margaret Thatcher also once said,” — said Tretyakov.

She also noted that some countries have strict policies against the unemployed. “The UK in this sense, it is very cruel to those who do not work. They even were once Deputy Minister of social policy, who said that anyone who wants to receive social assistance should be sterilized. That’s such a cruel policy,” the MP cited an example, saying about the former Prime Minister of Singapore, who supposedly “sterilized women who had higher education”.

In her opinion, it is necessary to “root out” among the population elements that are not defenders and breadwinners. Subsequently, Tretyakov tried to make excuses for his words, calling the phrase “children in low-quality” failure. “Yes, the word is badly chosen. Who of us does not make mistakes, especially in the long time public speaking? I’m still trying to cope with heart palpitations before such performances,” — said the Deputy.

During his speech in the Verkhovna Rada Rabinovich noted that Tretyakov is “the only manifestation of fascism” in Ukraine. The MP recalled how earlier, the nationalists beat one of the representatives of the opposition party. According to Rabinovich, the attacks are other opposition who do not agree with the ideas of fascism, but which, in his opinion, shared by the Central government of the country.

“The whole country is in shock, and you are silent, the President is silent. Understand your philosophy. What’s the difference to the slaves who have become masters, what about slaves at all. You betrayed their voters, betrayed the country, and you will not be forgiveness.

You will see the results of your deeds in the local elections. Ukraine in its the majority doesn’t like fascism, and you will see it”, he warned.

Opposition-minded Vadim Rabinovich criticized the Ukrainian authorities and before the arrival of Vladimir Zelensky to power. In 2018, he accused them of impoverishment of the Ukrainians. “Where do you see that in General, where it is cheaper, in what market? Yes, there are seasonal changes, but basically everything is more expensive, people are not able to buy nothing and tell you that all is well” — so politician commented on the data of the Ministry of agrarian policy, according to which the prices for some key products declined.

He also ironically remarked that in fact Ukrainians “live well, but to pretend to soften it is a strange government.” Rabinovich also noted that according to the Agency, two thirds of Ukrainians at that time (August 2018) were not planning a vacation. In his opinion, this means that the authorities “have brought the country to near impoverishment”.