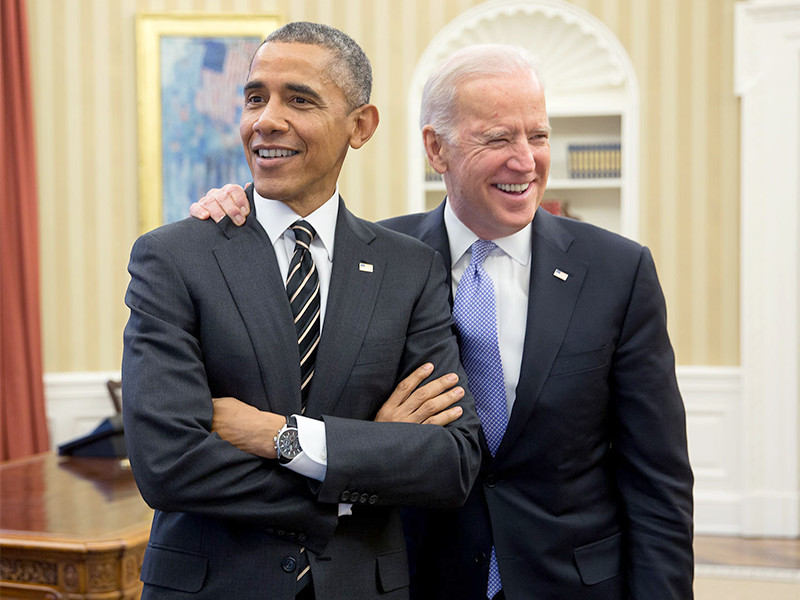 The US President Donald trump said that nobody in the USA was not set up tougher towards Russia than his administration. And his predecessor Barack Obama, said trump, was much more lenient towards Moscow, and lost, reports “Interfax”.

“It’s funny to listen to the statement Joe Biden made about Russia, which, obviously, he wrote his superiors. Russia completely outplayed the Obama administration and Biden. It was so obvious that Obama wanted to expel them from the G8. Then, the United States was weak, especially in relation to Russia,” he wrote on Twitter, commenting on the calls by his rival in the presidential race, former Vice President Joseph Biden not to invite Russia to join the Group of seven (G7).

He noted that when Barack Obama and Vice President Joe Biden, Russia had freedom of action, “taking an important part of Ukraine”.

Earlier, Biden aired on NBC announced that trump should not invite Russia to join G7 if untrue information, the New York Times that a unit of Russian military intelligence allegedly encouraged the militants of the radical movement “Taliban”* attacks on troops of the international coalition in Afghanistan.

The publication spoke Friday with the assertion that such conclusions of the American special services were presented to Trump “few months ago”, and NBC discussed this issue in late March.

By trump on Sunday said that he and Vice President Michael Pence wasn’t informed about such attacks. The White house questioned the veracity of the publication, calling the publication “the next surge” and wondered about who is the source of providing publication data for this publication.

On Friday at the Russian Embassy in Washington said that the false publication by the American media about Russia on Afghanistan has led to threats against Russian diplomats.

Funny to see Corrupt Joe Biden reading a statement on Russia, which was obviously written by his handlers. Russia ate his and Obama’s lunch during their time in office, so badly that Obama wanted them out of the then G-8. U.S. was weak on everything, but especially Russia!

*The Taliban (the Taliban) is a terrorist group banned in Russia.