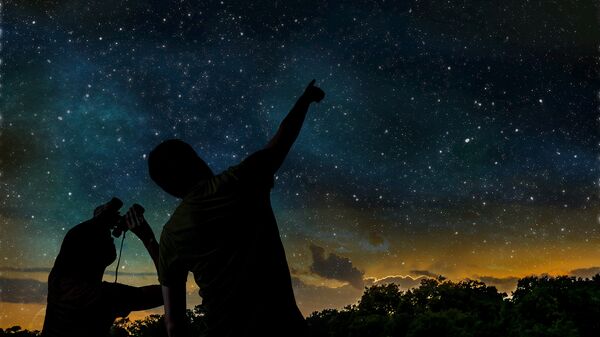 Parade of planets, which will be held almost the whole of July, to be observed in full: the Sun eclipsed by mercury, and Uranus and Neptune are not visible to the naked eye, told RIA Novosti the scientific Director of Moscow planetarium Faina Rublev.

“Uranus with Neptune from a distance with the naked eye is generally not visible. Saturn, Jupiter and Mars will be visible at night. The ground we don’t see because they are on her. Venus is visible, but only in the morning and the mercury is in inferior conjunction, that is near the Sun it outshines it,” said Rublev.

She noted that if a person was able to retire from the Solar system by billions of kilometers, at this distance, indeed, could watch as the planet, if not form a smooth line, are grouped in one direction. That is, to expect that from the balcony you can see all the planets of the Solar system lined up on one side from the sun, not worth it.

Scientific Director stressed that the planets in the sky move slowly, and gradually form a parade. Therefore, this phenomenon can be observed about two weeks, in contrast to solar and lunar eclipses, which happen at precisely the appointed time.

“Since July 4, we can observe in the night, Mars, Jupiter and Saturn, and Venus in the morning. To 14 the number of visibility of Saturn and Jupiter will only improve because they will just go (Jupiter 14 July, and Saturn – July 21) in opposition with the Sun, that is, will be good to reflect sunlight and watching them will be more convenient,” added Rubleva.

According to her, the science of such terms as “parade of planets” is not. It was invented by the media to attract attention. However, astronomers are not against this method of promoting observation of the heavenly phenomena.

“The influence on our planets does not have a brand. Some associate it with some disasters, and the coronavirus is credited, this is nonsense. We in what century live? It’s just a regular repeatable configuration of the planets. She is known for, she understood. Science, and they are not engaged, because no evidence to this cannot be”, – concluded Rublev.