Of course, none of you have not seen their grandparents at a very young age. But, leafing through pages of a family album, we sometimes marvel at how much we like their elders in youth. Although not all just looking at these old photographs. Someone is trying to recreate them, repeating the images of those times when grandparents were young and carefree. Will appreciate how striking may be the similarity! 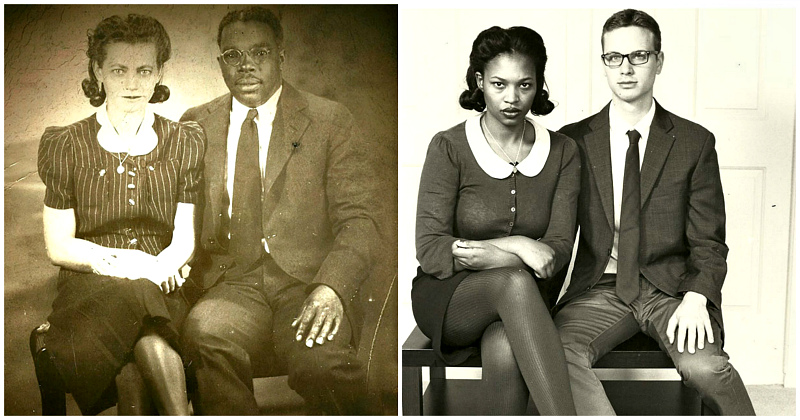 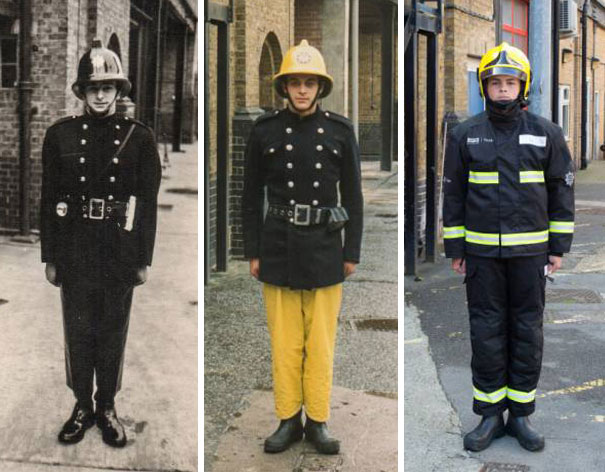 All three generations of firefighters in the same place. 16-year-old cadet firefighter Owen Gunn recreated in 2015 epic photo of his father (1988) and grandfather (1966).

“We recreated the photograph of my grandparents. The result we liked”. 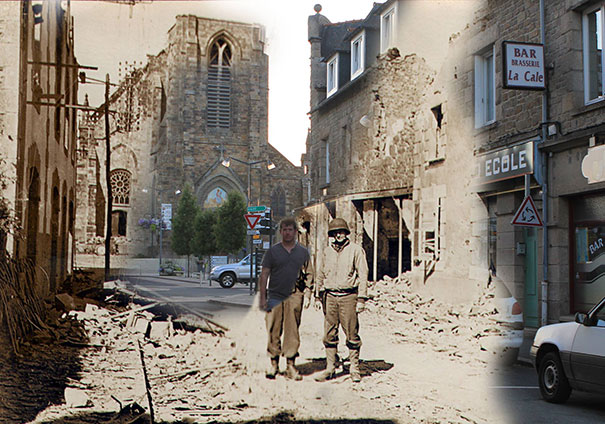 Magic photo collage: standing next to his grandfather on the streets of the French town of Pleurtuit. 1944 and 2013. 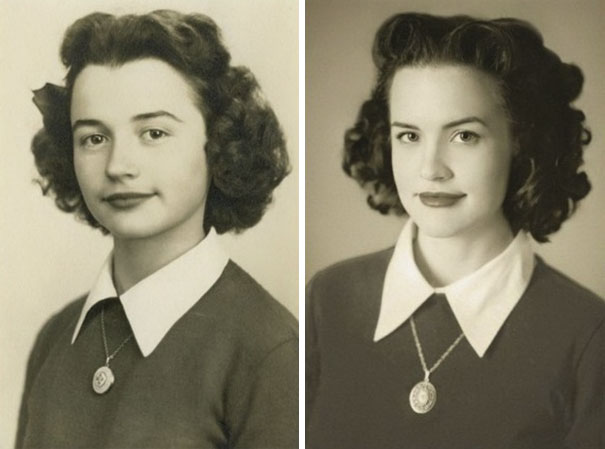 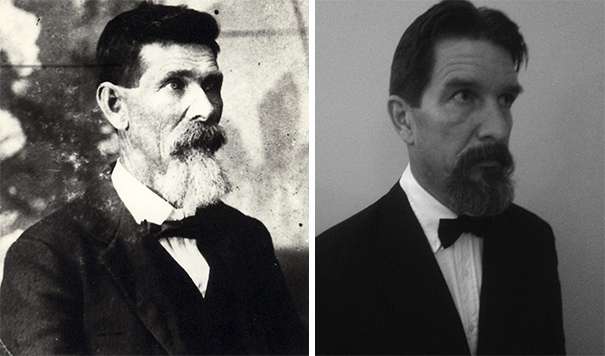 “I think I’m very similar to his great-grandfather”. 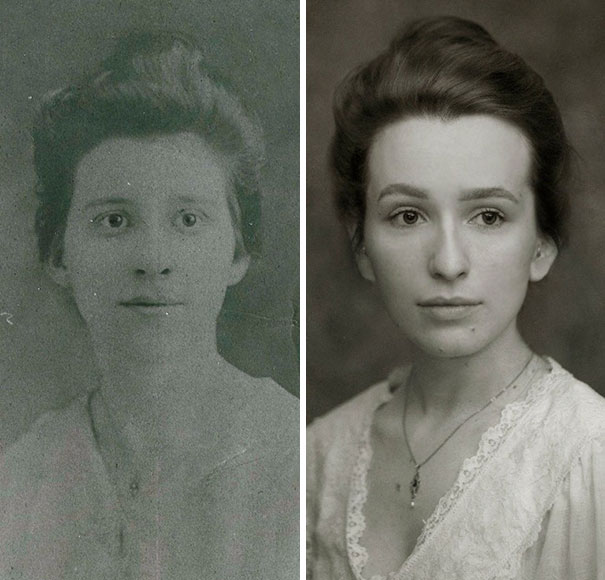 “I recreated a portrait of my grandmother that was made in 1918”. 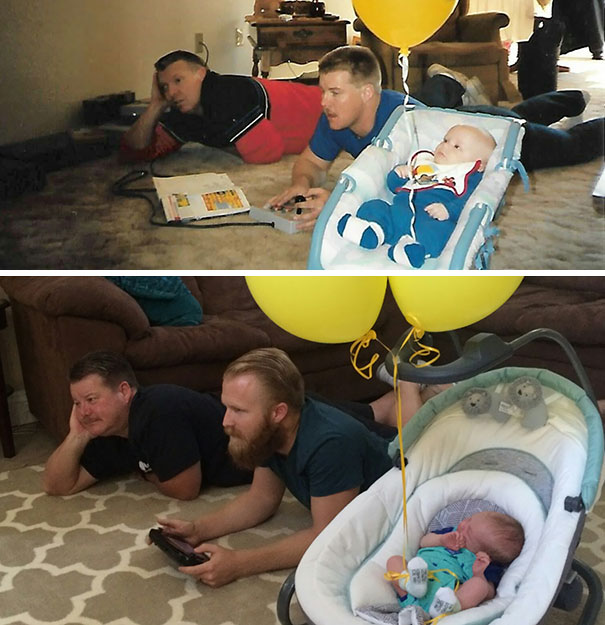 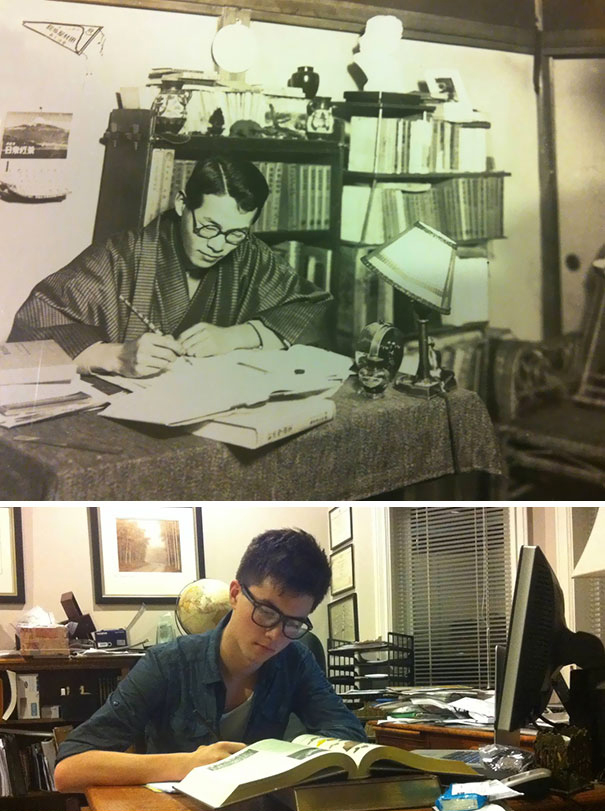 “I have reproduced a photo of my grandfather when he was a student at Hitotsubashi University with an”. 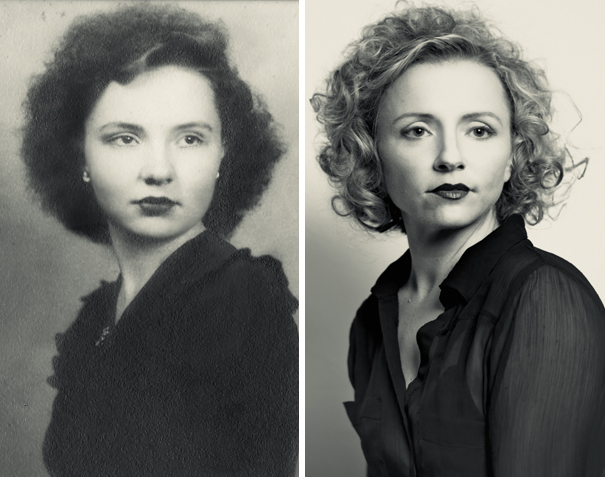 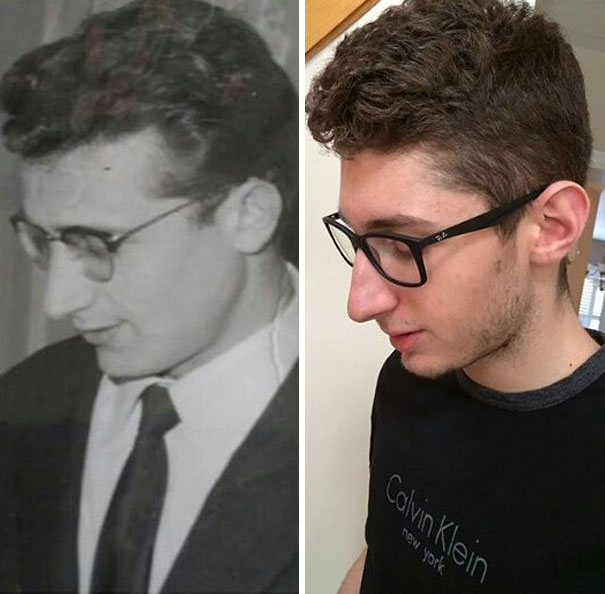 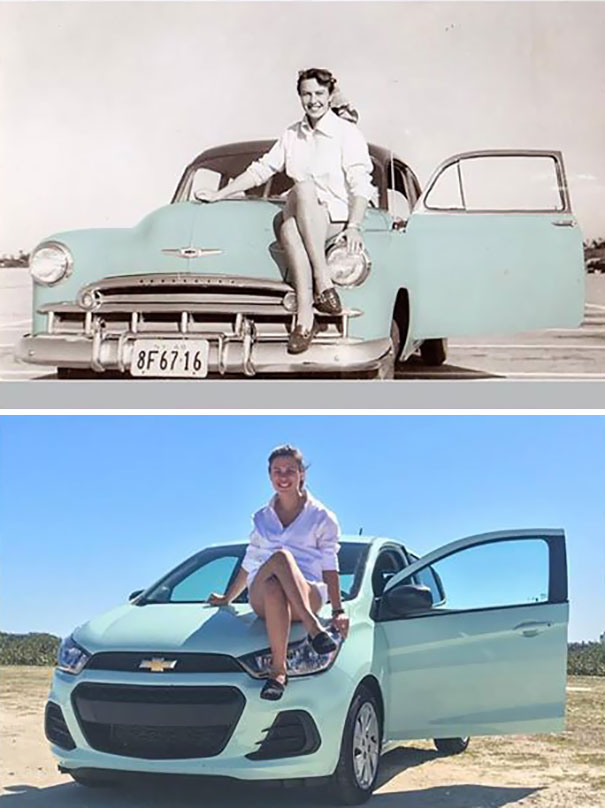 “My friend made a remake of the picture of his grandmother after 69 years.”

“Three generations: my grandfather, father and me.” 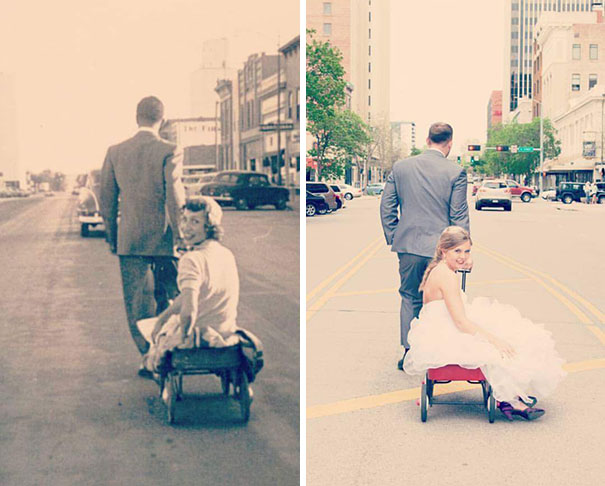 “On their wedding photo shoot, I recreated the wedding picture of my grandfather and grandmother, 1954”. 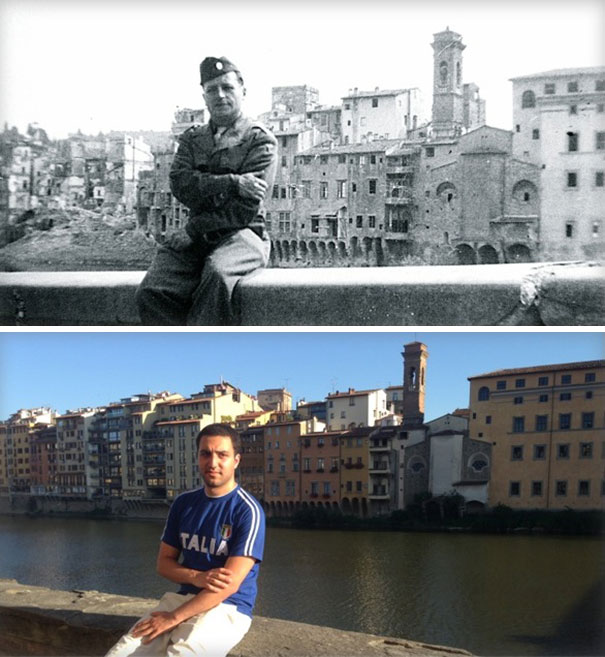 “I’m in Florence (Italy) at the same place where my grandfather was during the war in 1944”. 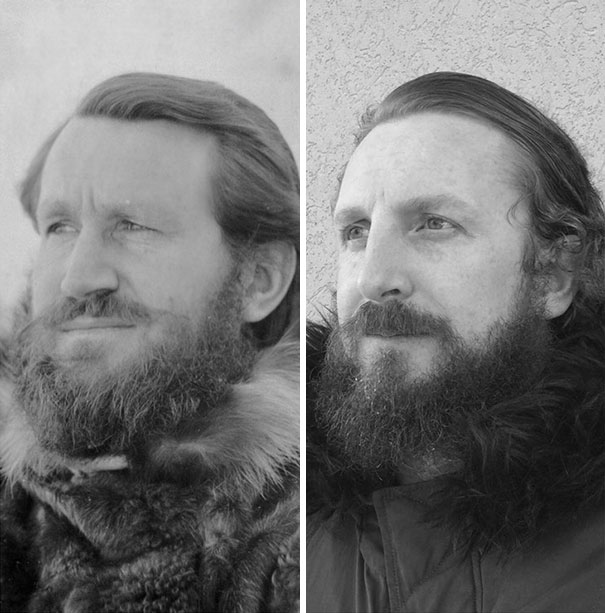 “Grandfather on a research station in Antarctica in the 40-ies and I last week”. 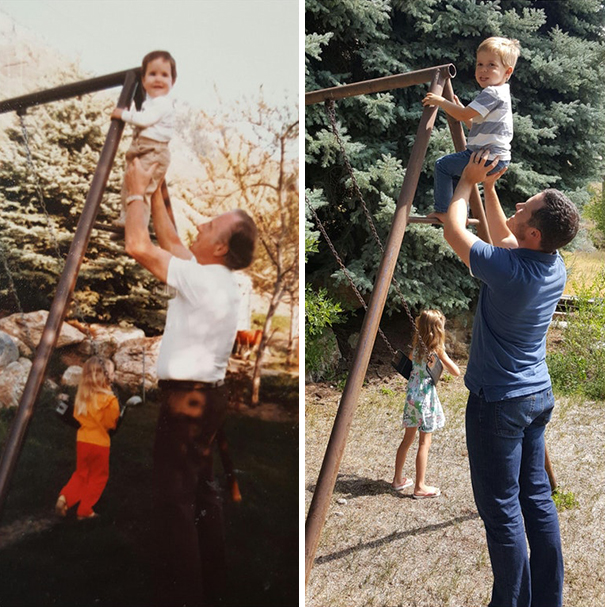 “When my grandfather died and the family decided to sell the house, I found this photograph, taken in 1984, and decided to recreate it with my children.” 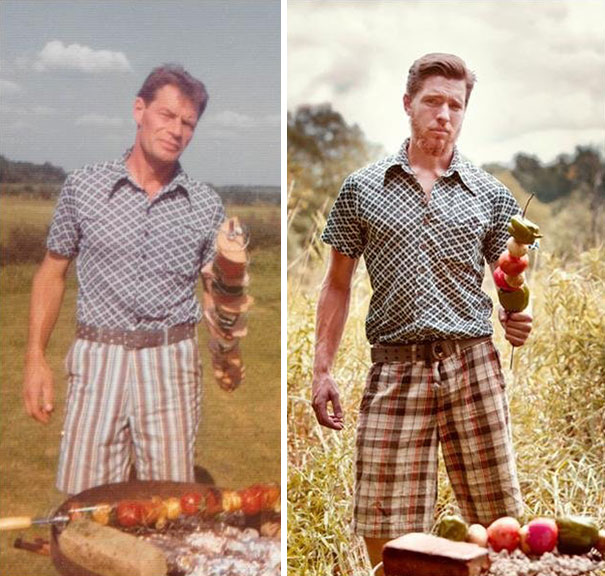 A remake of the Polaroid snapshot, 1977. 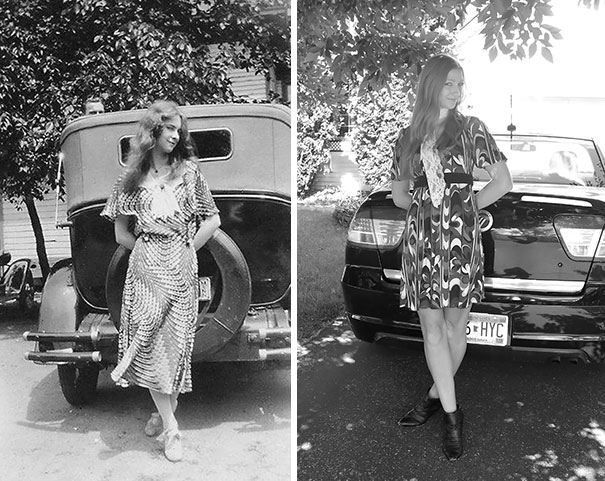 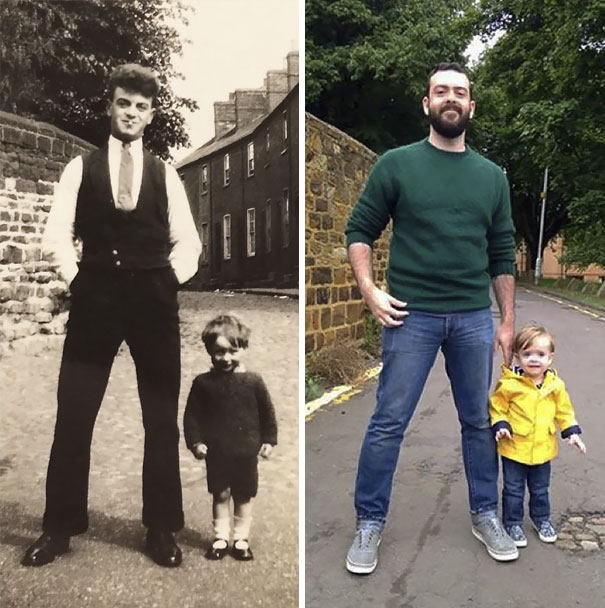 “My grandfather and my son with his dads with a difference of 82 years”. 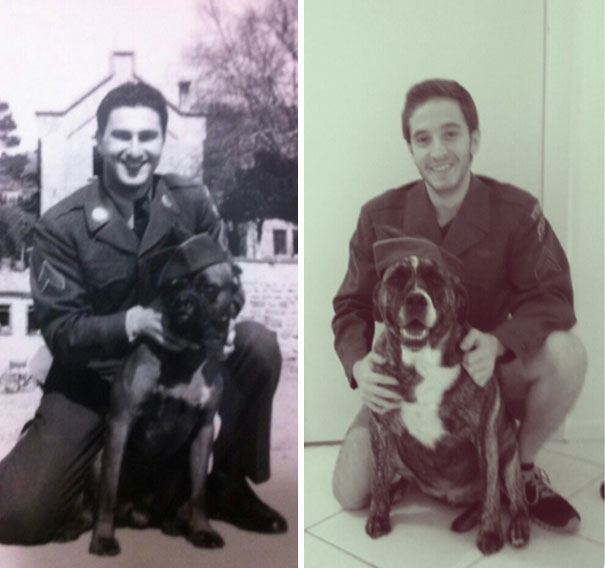 “My grandfather and I at the age of 23 years, separated six decades. I photograph in the same clothes, and grandpa.”

“My great-grandfather and I had military training in the same place with a difference of exactly 100 years. He left France immediately after, in 1917, she was captured by the Germans.”

“I’ve done remakes of photos of their ancestors, to show how the facial features of different people appear in their descendants”. 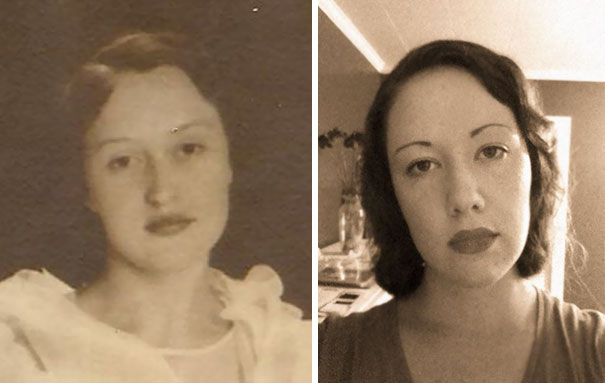 “My great-grandmother and I with a difference of 80 years.” 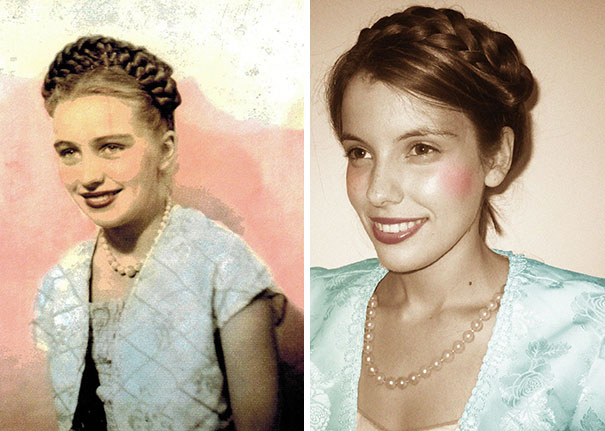