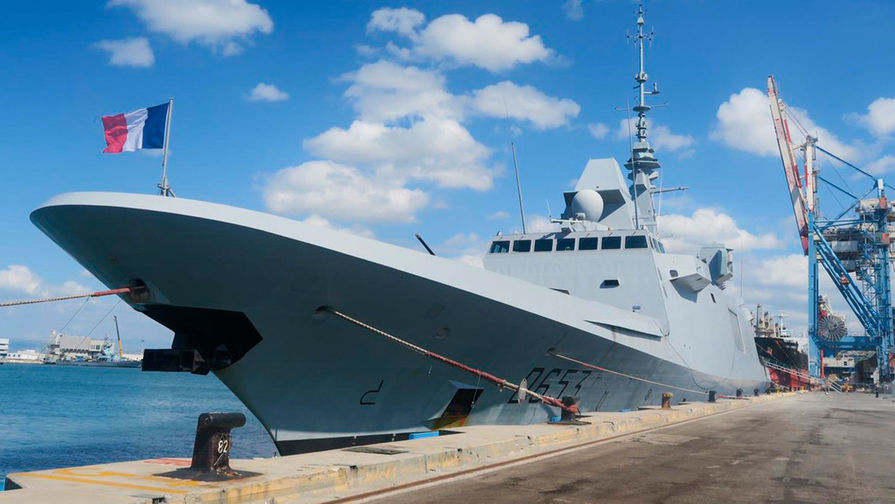 After the conflict, the French and Turkish military courts of Paris decided to suspend its participation in the NATO operation in the Mediterranean Sea Guardian sea. France insists on the reform of the Alliance and the establishment of a mechanism of conflict resolution among its members, as Turkey’s actions in Libya are undermining the efforts of the military unit.

France has decided to temporarily suspend the participation of its warships in the NATO mission in the Mediterranean sea. About this informed the official representative of the Ministry of the armed forces.

“We have decided to temporarily withdraw our power from Sea Guardian”, — said the Agency.

The decision was made on the results of the investigation of the recent incident between French and Turkish ships. On the night of June 18, participated in operation Sea Guardian of the French frigate Courbet, off the coast of Libya attempted to check Turkish civilian vessel for the presence of contraband weapons.

At this point, as stated by Paris, three other Turkish warships that had accompanied the ship took the frigate in sight and refused to comply with the requirements of the inspection vessel.

In the French Ministry of defence is regarded as “extremely hostile and aggressive actions”. Ankara, however, denies these accusations, saying that the French military was performing dangerous maneuvers, and the Turkish ships used the radar not for guidance, and for monitoring frigate.

Anyway, Paris will not return to patrolling the Mediterranean sea until you get answers to four requests regarding clarification of the tasks of naval operation Sea Guardian, including the nature of cooperation of the EU mission in the implementation of measures to strengthen control over the observance of the UN embargo on arms supplies to Libya. In anticipation of France “has decided to temporarily withdraw the forces involved in the operation”.

Paris demands that his allies first and foremost, Ankara “officially confirmed its commitment and obligation to comply with the embargo” on arms supplies to Libya.

France advocates the establishment of a detailed mechanism of conflict management within NATO.

The discontent of Paris with the existing order in the Alliance said the reaction of President Emmanuel Macron. After the incident with the French and Turkish ships, the head of state reiterated his controversial statement about “brain death to NATO”.

Macron stressed that Ankara’s actions incompatible with its status of member country of NATO. Of course, the indignation of the Macron is partly dictated by the fact that Turkey’s actions in Libya run counter to the interests of two members of the Alliance — France and Greece.

In civil war torn Libya, Turkey supports the national consensus Government (NTC), headed by Fitom Barragem. At the end of last year, Turkey PNS approved and signed in November a Memorandum on military cooperation and on mutual understanding on Maritime zones.

According to the document, Turkey can at any moment to put their troops, if requested by Sarraj. Before that, however, is not reached, however, Ankara has sent additional weapons and military advisers, despite the existing embargo.

“Today, I believe that Turkey is playing a dangerous game in Libya and violated all the commitments it had made during the Berlin conference,” says the macron.

The words of the French leader negatively meet his allies from Turkey.

“The fact that macron has called a “dangerous game” the nation’s support for the legitimate Libyan government, at his request and in the framework of UN decisions, can only be explained by distraction,” reads the statement by the press Secretary of the foreign Ministry of Turkey Hami Aksoy.

He also recalled the colonial past of Paris, saying that “the Libyan people will never forget the damage done to France”. In addition, Aksoy denied France the right to make decisions on regional issues: “Not having a coast in the Eastern Mediterranean, France behaves as a coastal country.”

According to him, the tension in the Eastern Mediterranean enhances the position of France, which allegedly ignores the legitimate rights of Turkey in the region.

Last year NATO celebrated its 70th anniversary, but the mood at the summit in December could not be called festive. Some allies of Paris arrived at the event hurt because of the statements of the Macron about “brain death” of the Alliance. The French leader before the summit, complained to the Chancellor that I will not be able to “sit and act like nothing happened”, referring to Turkey’s actions in Syria.

Now that Ankara had violated the arms embargo became for Him an occasion to prove his innocence. But the French leader is not only an attempt to influence Turkey.

The actions of Ankara is extremely convenient for Macron to start a conversation about the crisis of NATO and the need for reform in the Alliance.

“The fact that the crisis in and around Libya clashed the interests of the four countries of NATO and the American leadership several pulled away from all of this, making it clear that it would be nice not to bring the case to a power struggle between the allies, shows that, indeed, may occur situations in which the membership of number of countries in one Alliance is not a guarantee that they have not begun any military actions against each other. And if we remember that NATO was originally created precisely in order to ensure collective security of its members,” — said in a conversation with “Газетой.Ru” researcher of the Department of European political studies, IMEMO RAS Pavel Timofeev.