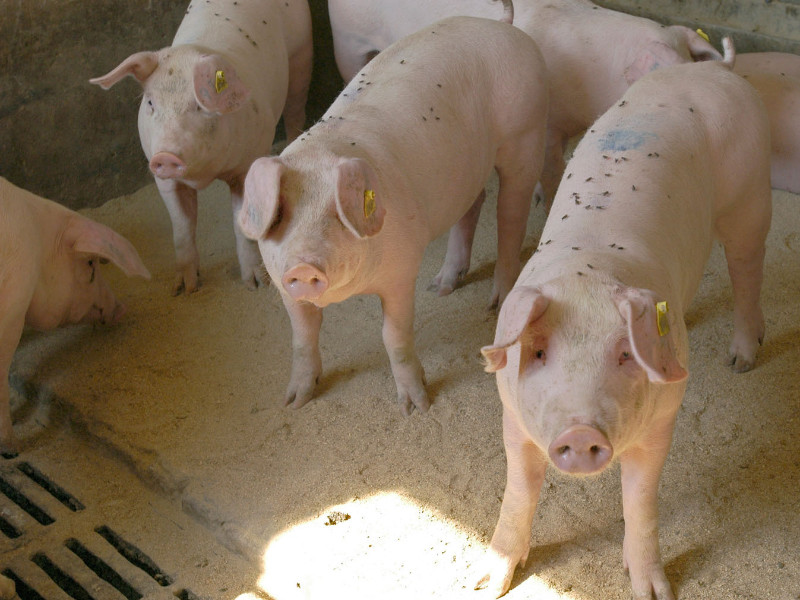 Chinese scientists reported the discovery of a new potentially deadly strain of swine flu virus, which is transmitted from animals to humans and could trigger a pandemic. China has said it will take all necessary measures to prevent the spread of any virus, experts point out that to assess the level of risk more research is needed.

On 29 June, Chinese scientists published a study in the journal Proceedings of the National Academy of Sciences, which says about the new strain of swine flu virus H1N1 G4 EA. It is a combination of the characteristics of the strain of avian influenza detected in birds in Europe and Asia, the H1N1 strain that caused the swine flu pandemic in 2009 and the North American strain of H1N1 which have genes of avian, swine flu and the influenza virus that affects people.

The virus is transmitted from animals to humans – at 10.4% of employees of the pig, which was tested (35 of 338), revealed antibodies to the virus. Most of the antibodies were found in people aged 18 to 35 years. “This infectivity significantly increases the possibility of virus adaptation in humans and raises concerns about the possible formation of pandemic viruses,” scientists warn.

The study was conducted from 2011 to 2018 on pig farms and in veterinary clinics in 10 Chinese provinces. The researchers call for further study of a new strain and thorough monitoring among people, especially the workers of the pig.

The official representative of the Chinese foreign Ministry Zhao Lijiang assured that China is watching the situation, and stated that the authorities intend to take the necessary measures to prevent the spread of any viruses and outbreaks caused by them diseases. It is reported by RIA “Novosti”.

Medical expert Timur Pesterev said that so far about the dangers of the new disease is not known, and we need to wait for further news from the Chinese researchers. “Now it is absolutely unclear what subject you can talk, you need a lot of additional studies to assess the risks. Swine flu has already come, the mortality rate has not been this high as coronavirus”, – he told the Daily Storm.

Meanwhile, Director General of the center “Vector” Rinat Maksyutov, said RIA “Novosti” that at the time of the epidemic COVID-19 experts found in Russia more than 100 strains of coronavirus, and three prototype vaccines against coronavirus was successfully tested on the ability to generate an immune response.

In a press-service of Rospotrebnadzor stated that the identified mutations do not lead to serious changes in the properties of this virus, reports TASS. About the same in may, said the head of Rospotrebnadzor Anna Popova, noting that the virus does not have high variability. Several dozen mutations that have been identified by the time she called the norm for any microorganism.

Brazilian environmentalists had not ruled out that the next pandemic could come from the Amazon rainforest. Cutting down the jungle, people further penetrate into the once wild areas, which increases the threat of transmitting viruses to man. Thus, the continued overexploitation of the Amazon, which includes part of the territories of Brazil, Peru, Colombia, Venezuela, Ecuador, Bolivia, Guyana, Suriname and French Guiana, may lead to the outbreak of zoonoses – diseases transmitted from animals to humans, one of which was coronavirus infection and COVID-19. Until now, such cases occurred mostly in Africa and South Asia.