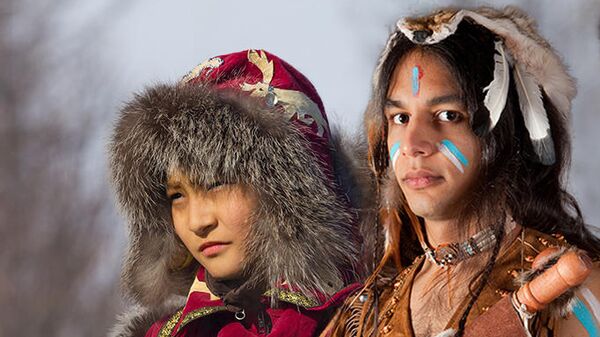 Alfia Enikeeva. An international team of archaeologists and paleogenetics, by comparing the DNA of the prehistoric inhabitants of the lake and the native Americans found that they were related. Apparently, tens of thousands of years ago in Siberia has developed a large community of people that could transmit its genome to many modern people, including Indians and Russians.

A native of Siberia

Genetic evidence of a long-standing hypothesis about the Siberian origin of the inhabitants of North and South America appeared in 2015. A group of scientists analyzed the genomes of 31 representative of the indigenous peoples of America, Siberia, and Oceania, and compared them with each other. In addition, the researchers compared the obtained data with the results of decoding of ancient DNA extracted from fossil remains — skeletons and mummies.

In total, the authors examined more than three thousand genomes of people from 169 populations — both ancient and modern. And not only confirmed the relationship of prehistoric Siberians and Indians, but also determined the approximate route by which they migrated from the North of Eurasia to the American continent.

The ancestors of the Indians inhabiting the Americas today, most likely, left their historical homeland, about 23 thousand years ago. It is believed that they moved across the Bering Strait on a land isthmus which is periodically formed during the last glacial maximum. Nearly eight millennia of the migrants stayed in Kamchatka and on the different branches of the population divided in North America. In addition, the researchers found a weak infusion of the genes of the peoples of Oceania: apparently, this happened after the main waves of migration — though exactly how is unclear.

The vicissitudes of migrations

These genetic studies 2015 are consistent with archaeological findings, according to which, already 13 years ago in North America had a culture of Clovis. In 2019 a team of scientists led by Eske Willerslev from the University of Copenhagen analyzed the DNA 34 ancient Siberians, including two boys whose remains age of 31.6 thousand years discovered in Yakutia, near the Yana river.

Other studied genomes belonged to people who lived from 9800 to six hundred years ago in what is now Chukotka, Primorsky territory, near lake Baikal and in the South-West of Finland.

Data analysis showed that over the last 30 millennia in Siberia have been three major migrations from South to North. The boys from the Yana river — the representatives of the previously unknown group of ancient inhabitants of these places. At 71 percent, they are similar to inhabitants of Western Eurasia, which probably separated about 38 thousand years ago. The remaining 29 percent of the genetic inheritance Yang children have received from the Nations of East Asia.

The authors believe that it formed the genetic lines of the North American Indians and paleosiberian. Approximately 18-20 thousand years ago the descendants of the inhabitants of Northern Siberia and Eastern Asia mixed together. And after several thousands of years across the Bering Strait moved in the direction of the American continent. 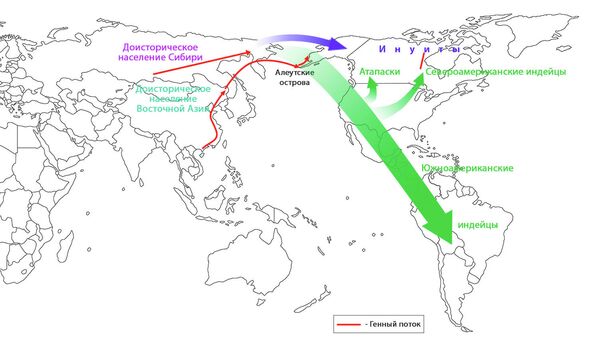 The remainder of the home has supplanted the so-called neoliberal. Their closest relatives — the modern evens. But already about five thousand years ago in northeastern Siberia nomads came from the steppes of Central Asia and assimilated with the local population.

Similar results were obtained, researchers under the direction of David Reich of Harvard medical school. They studied the genomes of 48 people who lived from seven thousand to 280 years ago in East Siberia, Chukotka and Aleutian Islands, in the canadian Arctic and Alaska, then conducted a comparative analysis of DNA from Inuit and Inupiat — modern indigenous inhabitants of the most Northern state in the United States — and representatives of small Nations of Western Siberia.

As it turned out, the ancient inhabitants of the Siberian North-East — the result of the mixing of paleosiberian and population of East Asia. Later from them came the bearers of the Chukchi-Kamchatka languages and paleoeskimos whose genetic traces of the authors found in the DNA of the modern Inuit and Indians.

On the shores of lake Baikal

At the end of may in the scientific journal Cell published an article by another international group of scientists. According to them, the population of the direct ancestors of the North American Indians was formed in the North-Eastern Siberia, around lake Baikal there are about 14 thousand years ago, after the confusion of the far East and drevnesibirsky peoples.

Experts analyzed the genomes of 19 ancient Siberians aged 14 to four millennia. In the oldest material recovered from a tooth found in the cave Ust-Kyakhta-3 South of lake Baikal, found pointing to the relationship with the native Americans components — like were detected in the DNA of the northeastern Siberians who lived several thousand years later. 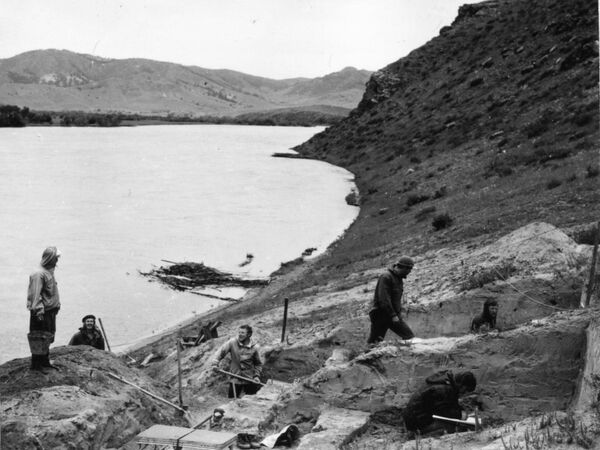 The authors believe that in the vicinity of lake Baikal, mixed media of at least two genomes of ancient severoevropejskogo and North-East Asia. The first is associated with the cultures of the early bronze age, the second with the Neolithic.

In addition, the remains of the age of about four thousand years found traces of Yersinia pestis Yersinia pestis. Genetically it is close to the bacteria, discovered earlier from a resident opposite side of Eurasia — Baltic sea region. So, already in prehistoric times people were in contact over long distances.