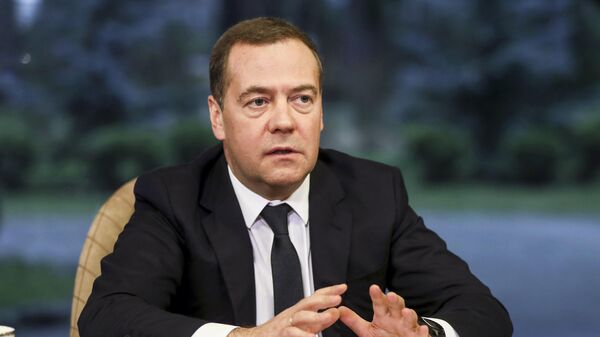 The Chairman of the security Council of the Russian Federation, Chairman of the Board of Trustees of Fund “SKOLKOVO” Dmitry Medvedev at a meeting with leaders of startups, this innovative center said, is ready to support the elaboration of the question of the abolition of regulations hampering scientific and technological development, because the regulation always lags progress.

“Not for me to explain it (regulatorika – ed.) always lags behind the progress is often slow this progress. And this is not surprising, even the fact that I’m talking about here. But in order to tighten up regulation to the needs of life, to the needs of development, in fact, need such centres as SKOLKOVO and our meetings,” – said Medvedev at a meeting with leaders of startups, “SKOLKOVO”, which took place on Thursday.

However, he noted that proposals for revision of the regulation should always be specific.

“If there is a set of ideas that could quickly change or cancel, – if it be generally recognized as reasonable – then of course I am ready also to promote”, – assured the head of the Board of Trustees, asking the participants to send their proposals.

“Think about it. Because very often it seems that it was canceled and it was canceled – I was one of the initiators of this “regulatory guillotine”, when canceled, tens of thousands of regulations – and still, as soon as you start something to picked, take a look: but this rule is indeed still log in the way of scientific progress, these rules apply, which in theory should not have to act,” – said Medvedev.

One of the participants mentioned that the owners of such start-up companies would give employees the options that they could quite simply implement. However, according to him, today in Russia, corporate law is not perfect, to be able thus to motivate employees. Medvedev, in response, noted that the Russian corporate legislation is quite a developed.

“But if we talk about the option and the transition from one quality to another – I understand the point that one of the employees could acquire a stake in the company – maybe there is something to improve. But here you just need a specific rule to see specific proposals. If you have them, I am ready to entrust it all to study in order to fundamentally think about the improvement of Russian civil and corporate law”, – assured the Deputy Chairman of the SB.