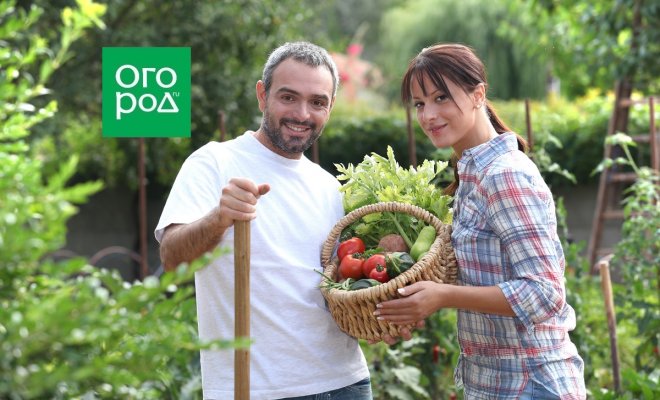 To get a good harvest, there is little time to plant, water and proryhlit. No extra fertilizing the garden will delight you with an abundance of fruit. However, it is not necessary to spend money on them – many fertilizers are literally beneath our feet.

Our ancestors did not buy expensive fertilizer, however, managed to obtain rich harvests. I think the land they were fertile? Unlikely. They also applied top dressing, just did it from simple things. 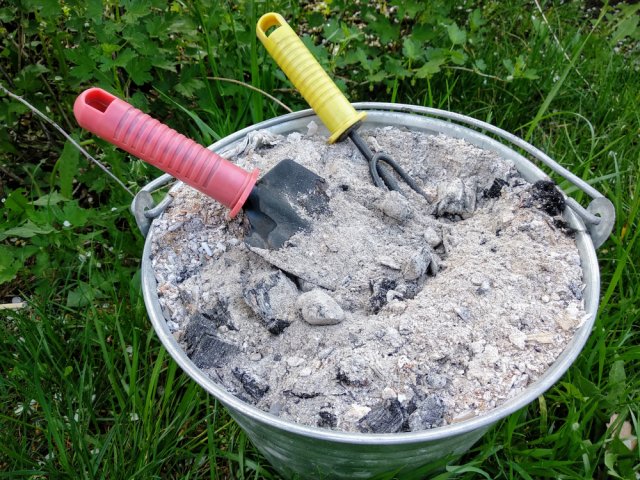 Wood ash is one of the most valuable and loved by gardeners fertilizers. This love is well deserved, because ash is a storehouse of nutrients: it consists of about 30 essential horticultural crops minerals. But chlorine, which many plants do not like, it does not.

Nutritious total ash obtained from burning of deciduous trees; the one that remains after burning of crop residues, slightly less useful.

Apply wood ash in dry and in diluted form. To make an infusion of wood ash, fill the bucket one-tenth of the ash, and then to top pour hot water. Leave for two days. After this time strain the infusion. It can be used both as a root and foliar feeding (in the second case, dilute the infusion twice).

For seedlings ash is most often used dry: it pollinate the seedlings to accelerate their growth.

Dry ash dusted strawberries are also after flowering. This preventive measure prevents the occurrence of Botrytis.

When planting in the open ground tomatoes, peppers, cabbage, potatoes and other crops, a handful of dry ash added to each well. 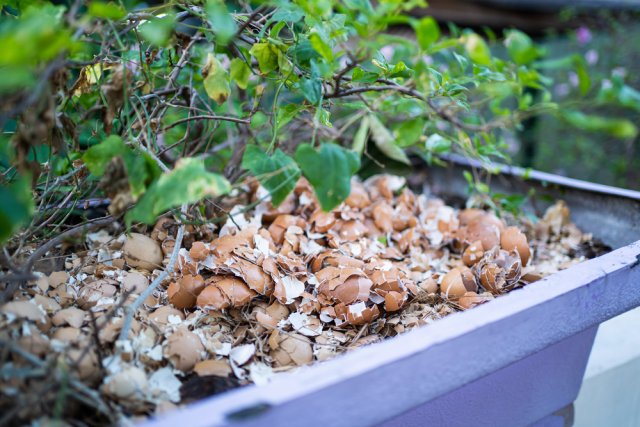 Eggshell found in every house, but most often she can be seen in the bin. But this “garbage” is a useful fertilizer for all vegetable crops. The shell contains 92-95% of calcium carbonate, which over time is absorbed by plant roots. Besides, the composition of egg shell are present potassium, phosphorus and other trace elements.

How to use eggshells for plant nutrition? It is beneficial both in dry form and in the composition of the infusion.

After using the egg shells thoroughly wash and dry. Then blend it, preferably before the flour. To do this, lay the shells on the tape and go over them with a rolling pin. Then the crushed pieces of send it to the grinder. The smaller the particle size, the more benefit they will bring to plants.

Best of all, this fertilizer is absorbed by plants in dry and in liquid form. To prepare an infusion of the eggshell, take about 100 g of crushed shells, pour in a glass jar, pour 1 liter of boiling water and cover. The last moment – cover – is very important because over time, the infusion appears not a pleasant smell. About a week later the infusion is ready. Before using, dilute it with water in the ratio 1:3. Use fertilizer from eggshell, you can not only adult plants but also seedlings. 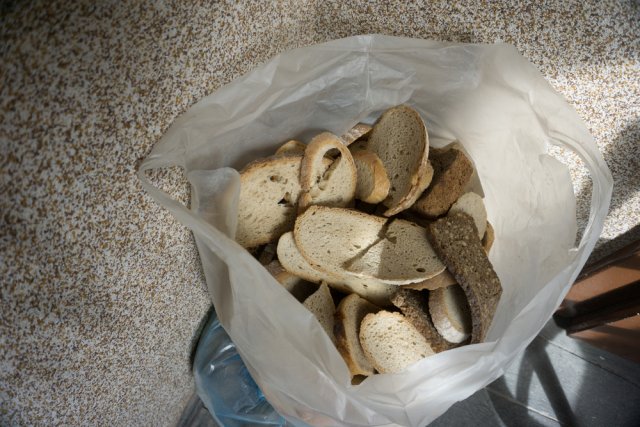 Even the Thrifty Housewives from time to time have surplus bread, which over time becomes stale and tasteless. Throw hand does not rise. Many, not knowing the other application, feed this bread to the birds. However in the country it can be used to better advantage.

The infusion, made on the basis of bread, is a wonderful stimulant of plant growth. The reason is simple. In the composition of yeast – one of the main components of bread are auxins. These substances accelerate the development of vegetable crops. Furthermore, yeast enhanced the activity of beneficial microorganisms living in the soil. Due to this the plants are easier to learn from the soil of useful elements, which ultimately has a positive effect on the crop.

To prepare, fill any container with 2/3 bread, then fill to the top with warm water. The bread did not rise up, put on it any heavy weight and leave in a dark place for a week. Well before use stir the contents and dilute the infusion with water in a ratio of 1:3. This food helps the plants growth period and during flowering and fruiting.

When using dressings with yeast always make an extra dose of potassium and calcium, since yeast absorb from the soil the trace elements in large quantities, which leads to their deficit. 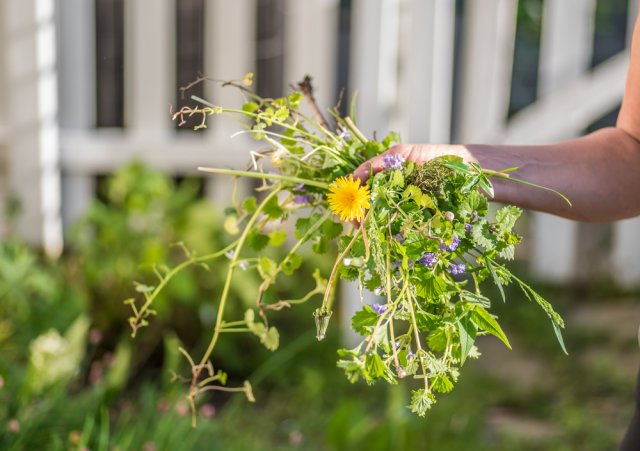 What do you do with weeds after weeding? Most of them just throw away, some sent to the compost, and only a small part gardeners know that weeds (as, indeed, the grass, the shoots of tomato and carrot tops or beet) can be used as a dressing for vegetable crops.

Fill the box half full or three quarters full with weeds and fill to the top with water. To the fermentation process was faster, cover the container with foil (make holes in it for air) and place in a Sunny place. A week and a half infusion of herbs will be ready. Before use, dilute with water (1 part tincture-take 10 parts of water).

A dressing made from herbs a lot of nitrogen, so for perennial crops it can only be used until mid-summer. 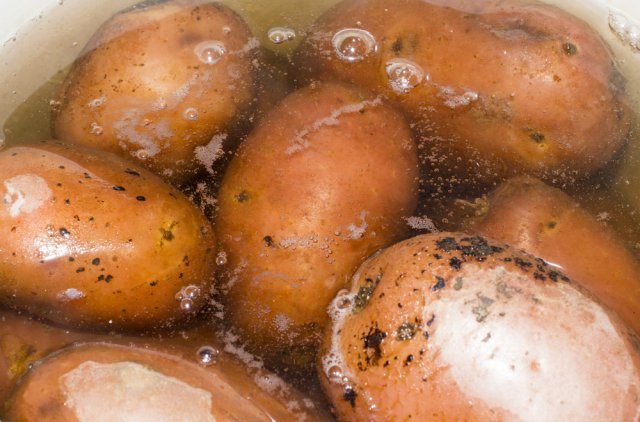 Should not empty into drains the water in which potatoes are cooked. In potatoes high in potassium. When it goes from boiling potatoes in water. Potassium-enriched water is used as top dressing for houseplants and seedlings, and vegetable crops.

The most valuable of the broth in which the cooked potatoes in their jackets. Before cooking wash the tubers and cover them with water so that they were covered it completely. After boiling, cook for 25-30 minutes. Drain the water and let cool. Use potato broth at the rate of 500 ml per 1 sq. m. also prepared dressing and potato peelings.

Can be used to fertilize plants and the broth in which the cooked peeled potatoes, but it needs to be without salt. 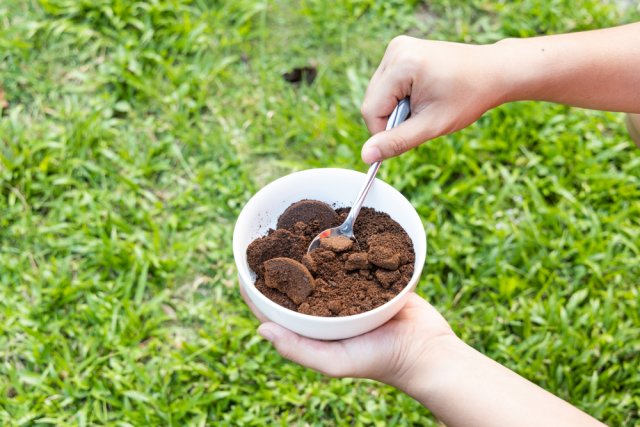 Remnants of natural coffee are not a fertilizer as such. However, if you have heavy soil, then coffee grounds make it more loose, providing access of oxygen to the plant roots. This has a positive impact on the development of plants and crops. Such action on the soil structure and has a weak tea.

However, the dried tea leaves are used not only to improve the quality of the soil – they make fertilizer for seedlings. Thanks to the useful substances which are rich tea (potassium, manganese, zinc, etc.), seedlings grow strong and healthy. To make the dressing of sleep tea, take 2 teaspoons of the dried leaves and pour over them 500 ml of water. After 2 days infusion strain and to feed the seedlings: pour 1 tablespoon under each seedling. 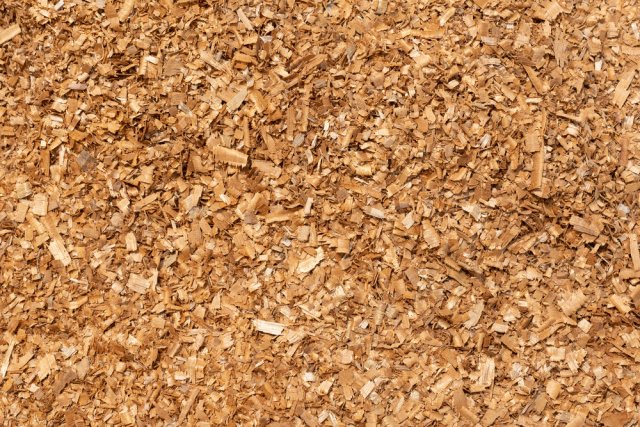 About sawdust as fertilizer been a long time debate going on between supporters of their use and opponents. Opponents argue that the sawdust is very much the soil acidification and pull it from the nitrogen. But even if we accept this point of view, sawdust, you can still apply for summer cottage use. Because most organic fertilizers which we often use (humus, compost, herbal infusions), just contain a lot of nitrogen, which would do something to neutralize. Sawdust will also serve as a good mulch: and the land will protect from drying out and will reduce the number of weeds.

To fertilize the soil and feed the plants is possible and what is at hand. Most importantly, you know where to look.