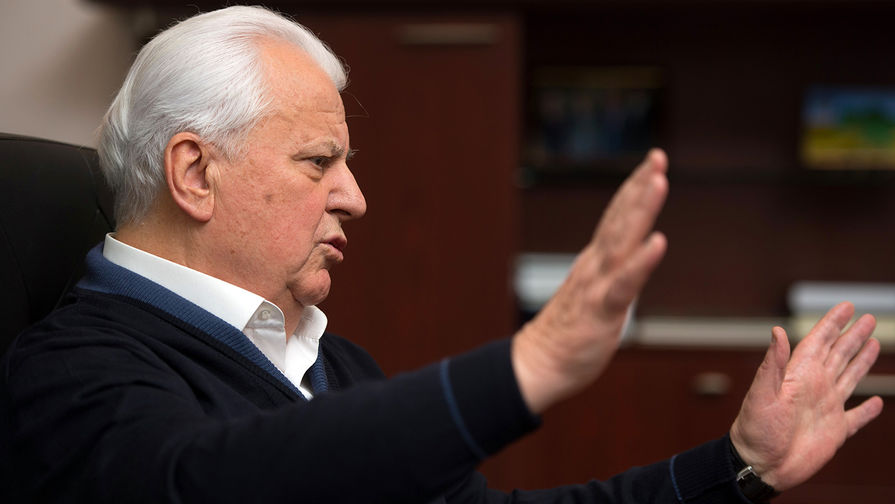 Russia needs to help Kiev rebuild the Donbas, which Ukrainian authorities “not afraid” to return. This opinion was expressed by the ex-President of Ukraine Leonid Kravchuk, responding to the words of the former people’s Deputy Evgeniy murayev. The earlier suggested that the Ukrainian authorities are afraid of responsibility, if Donbass will be back — if you need money in retirement and restoration areas.

The first President of independent Ukraine, the former head of the Supreme Soviet of the Ukrainian SSR Leonid Kravchuk said that Kiev is counting on Russia’s help in rebuilding the war-ravaged Donbass. About this politician said in a conversation with NSN.

“We know how much it will cost recovery. But even thought not admit that we do not need Donbass,” — said the former President.

So Kravchuk commented on the words of ex-member of Parliament Evgeniy murayev. He said that Ukraine is afraid to return the Donbass, because it entails responsibility. Kiev will have to pay pensions to residents of the region, to seek provisions for the restoration of territories and rule the court is to figure out who the “hero” and who is “criminal.”

In February 2019, Kravchuk said that the Donbass already “has become another country,” and controlled by the self-proclaimed Donetsk and Luhansk people’s republics, the territory will never return to pre-war condition.

“Never, in any case, regardless of who comes to power,

Donbass will never be the same again. Look, there’s another country. The children have grown up, in schools, different learning,” — says Kravchuk.

According to the politician, first and foremost, Kiev is necessary to think about how to compromise, not yielding to the sovereignty and territory of Ukraine. “I mean the form of government, rights and freedoms”, — he added.

In addition, the first Ukrainian President urged to study the international experience of resolving such conflicts involving “experts global nature.”

10 January 2019, Leonid Kravchuk, said 85-year anniversary. At the time of the collapse of the Soviet Union he was the Chairman of the Supreme Soviet of the Ukrainian SSR, and since 1991 he became the first President of independent Ukraine.

Kravchuk together with Russian and Belarusian leaders Boris Yeltsin and Stanislau Shushkevich was the people who put their signatures under the Belavezha accords, which marked the collapse of the Soviet Union. Without breaking economic ties, Kravchuk, however, actively led Ukraine to full independence from Russia.

On the day of his 85th birthday, Kravchuk stated that “the destroyed Donbass Russia will return, because she doesn’t want,” but “the issues of de-occupation of Donbas and Crimea” Kiev and Moscow should be considered together. Ukrainian politicians regularly accuse the Russian Federation in the occupation of Donbass, but in the latest reports of the Special monitoring mission (SMM) of the OSCE in the Donbass there is no evidence that in the region there are Russian military.

Fighting in Eastern Ukraine erupted in April 2014, when the Donetsk and Lugansk regions of Ukraine proclaimed themselves independent republics after the coup in Kiev. The new Ukrainian authorities in response has launched an anti-terrorist operation (ATO) against the DPR and LPR militias in the Donbass began a full-scale civil war, which killed about 13 thousand people, 1.5 million civilians fled from the region.

In may 2020 Leonid Kravchuk said that to stop the “aggression” of Russia is possible only by action of the international coalition. In his opinion, for Russia it is necessary to impose strict economic sanctions and diplomatic isolation. The only way to stop the Kremlin power is a single action coalition with the support of Ukraine.

At the same time, said Kravchuk, policy of European countries towards Russia has not been consistent. First, they impose sanctions, he said, and then participate in the construction of the pipeline “Nord stream – 2” and discuss the possibility of easing the restrictions. Therefore, he added, Russian President Vladimir Putin supposedly “samoupravlenie” and violates international law. The Russian side all the accusations of the Ukrainian authorities and politicians deny, calling them unproven — and the war in the Donbass considers an internal affair of Ukraine.