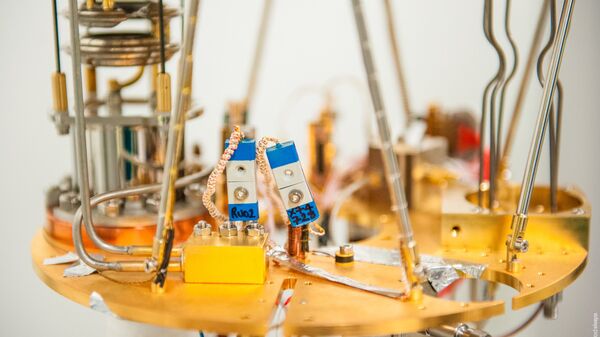 Parameters and sources of annual funding for a large-scale project of the state Corporation “Rosatom” on creation of domestic quantum computer agreed in full, approval of the relevant road map is expected in July of this year, told RIA Novosti in the Department of communications of “Rosatom”.

“Road map for the development of high-tech field of “Quantum computing” previously held discussions and received all necessary approvals of the Ministry and other responsible Federal Executive bodies. Options and sources of funding a large-scale project of the state Corporation “Rosatom” on creation of domestic quantum computer agreed in full. The Ministry supports a project to develop quantum computing. The approval of the relevant road map is expected in July 2020″, – said the representative of “Rosatom”.

The interlocutor of the Agency noted that to approve the road map is planned for the next meeting of the Presidium of the state Commission for digital development, the use of information technology to improve the quality of life and conditions of conducting business activities.

“In “Rosatom” we hope that this will happen in July 2020. The unfolding of work on the implementation of the roadmap and its composition goes according to plan,” he added.

One of the goals of the roadmap of this project is the creation by 2024 domestic 100-kubango quantum computer. The qubit – the elementary component of the computer used in computing the work of quantum mechanical effects.

Developing a roadmap was largely completed by December 2019 and received the approval of the government of the Russian Federation. The implementation of the roadmap and its composition is planned by a consortium of leading Russian organizations in the development of quantum technologies, headed by the company “Joint enterprise “Kvant” (100% subsidiary of JSC Atomenergoprom, part of Rosatom and consolidating civil assets of Russian nuclear industry).