No wonder they say: you are what you eat. Successful training and achievements in sports directly depend on the diet of the athlete. The universal diet does not exist: some of the Champions becomes a strict vegetarian, someone chooses a sandwich, and some prefer their own national cuisine.

In this issue we will tell about the preferences of ten well-known Champions which, thanks to his diet not only saves power, but also achieve new athletic heights. 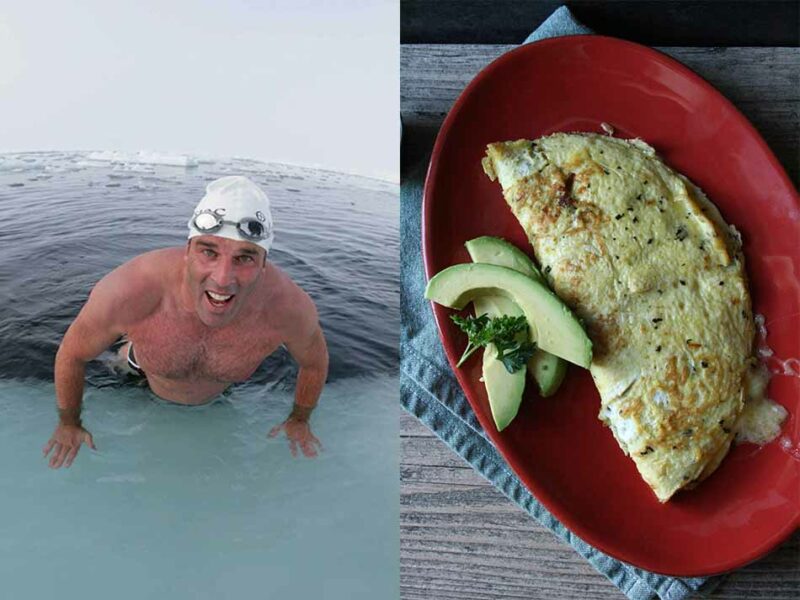 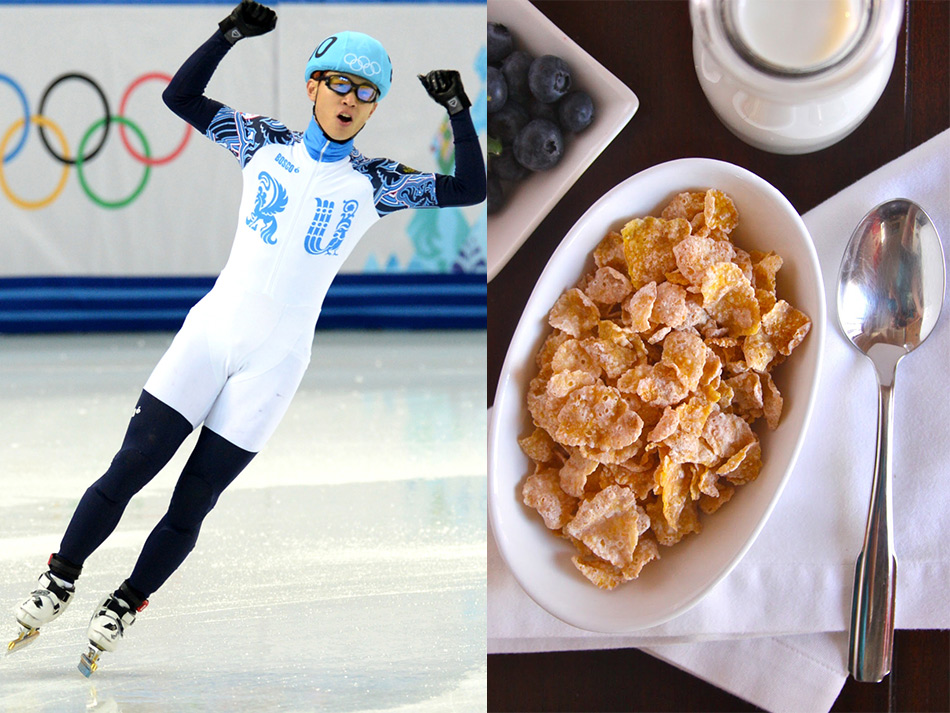 Viktor Ahn (real name Ahn Hyun-soo) — Russian short-tremist Korean origin, 6-time Olympic champion. By nature he is a night owl, so he prefers to have Breakfast later. Usually for the main meal Victor chooses simple foods like cereal with milk, toast with cheese and meat and tea. A full-blooded Korean, born in Seoul, But don’t deny yourself the dishes of native cuisine and traditional dishes of Russian little respect for the soup and the pancakes. 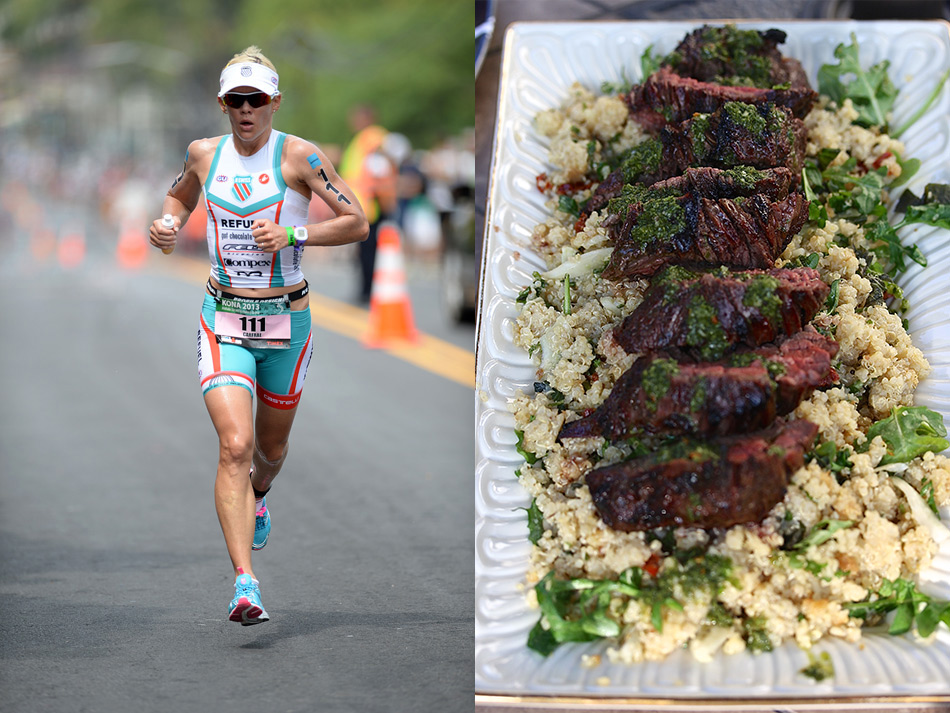 Serious exercise for triatlonistka Miranda Carfrae business as usual: the day she swims 4 kilometers, runs 11 miles and about 90 kilometers rides a Bicycle. It is not surprising that the athlete loves delicious and healthy food, but prefers the meals to cook that do not require more than 20 minutes. According to Miranda, the perfect food for a triathlete is the quinoa salad with steak: this dish is not only delicious, but also rich in protein and is gluten free. 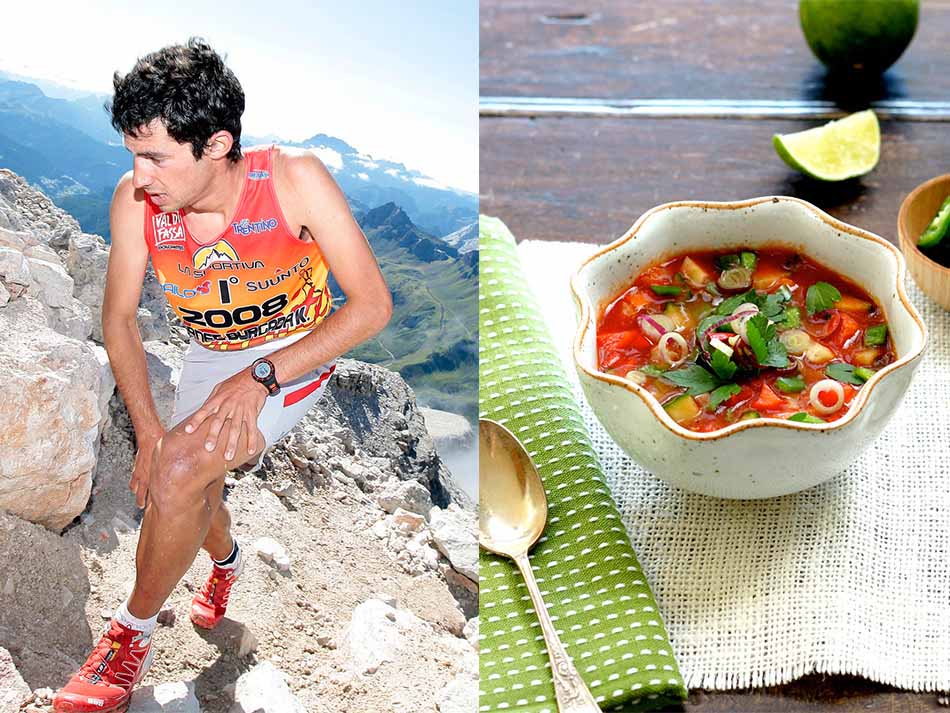 In 2008, 20-year-old Spaniard Kilian Jorne won one of the toughest marathons in the world long-distance — 167-kilometer Ultra-Trail du Mont Blanc. This was followed by a series of victories. On training Kilian takes an average of 6 hours a day. To cool off and recuperate, he prefers cold gazpacho of tomatoes, peppers and cucumbers. 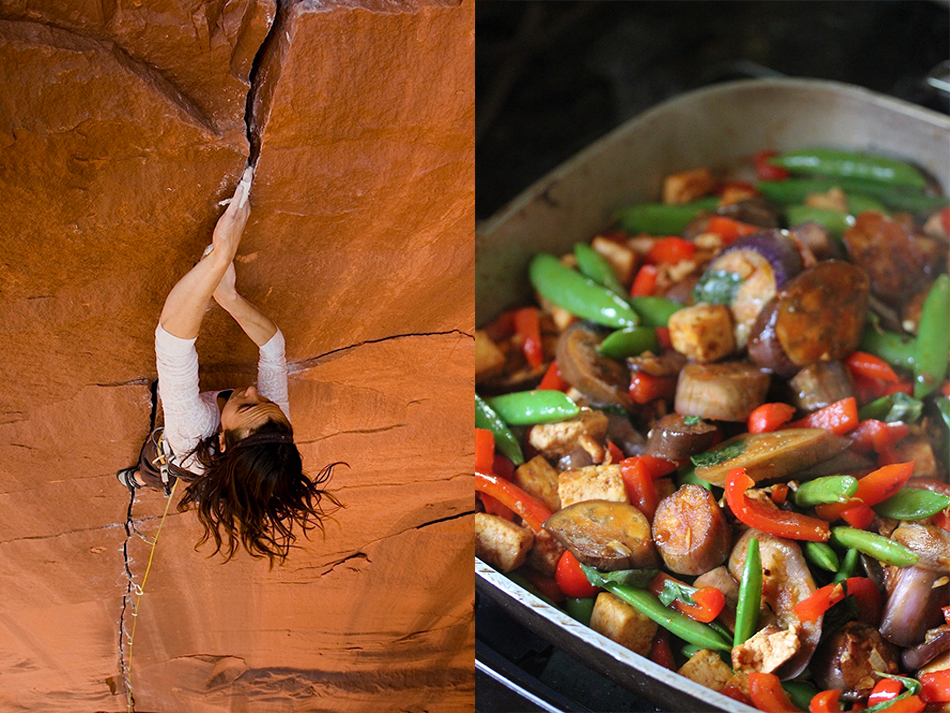 16 years ago, in 2002, world-renowned climber Steph Davis made the decision to become a strict vegetarian. More than a year it took her to pick out the optimal diet, which would have reduced her sporting performance. Ever since American climber has achieved considerable success in base jumping and wingsuit. Today daily schedule Stef includes yoga, running and 3 hours of climbing. After a tiring day of training, her choice — sauteed tofu with ginger. 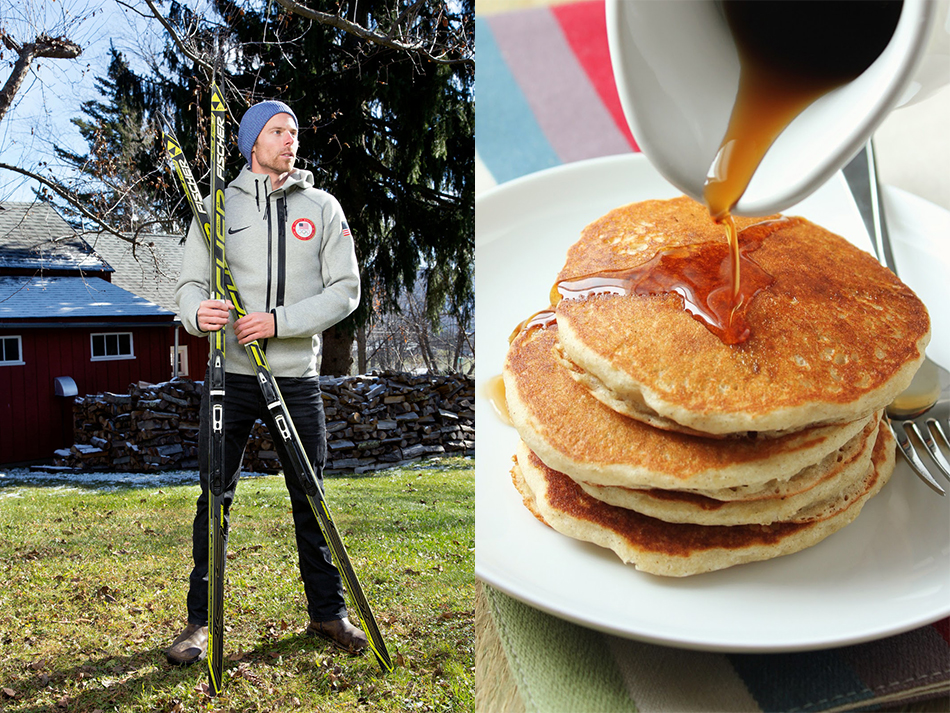 Olympian skier Andy Newell loves to bake pancakes according an old recipe of his grandfather. Rich in carbohydrates baking gives him the energy needed for two to three hours of intense training. To make the dish have more protein, the athlete drives into the dough a few eggs and adds a Greek yogurt. 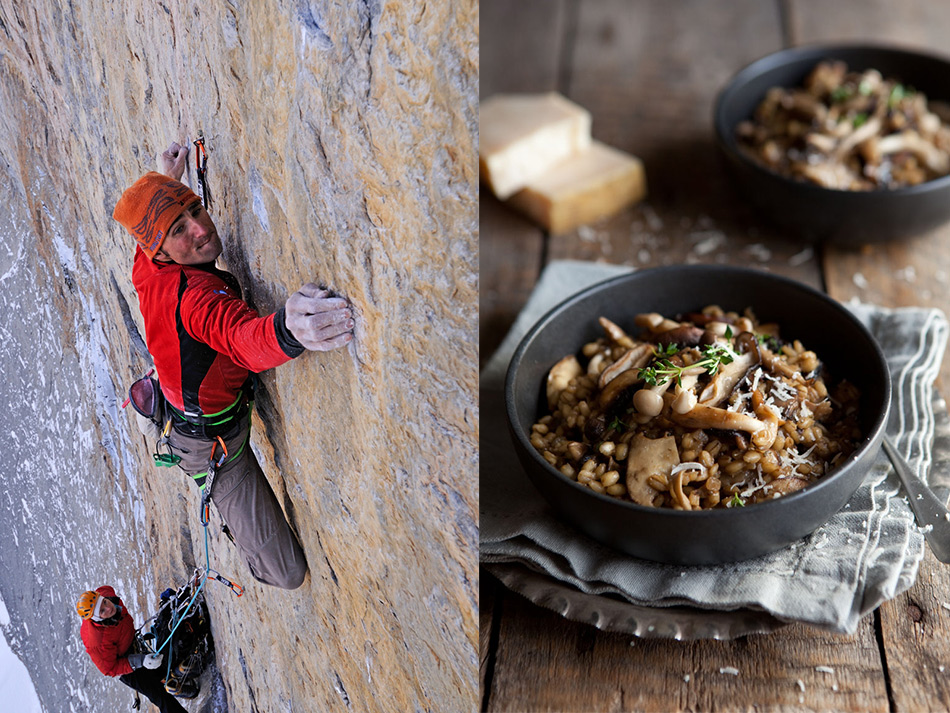 Once the climber Ueli Stack due to its incredible speed was nicknamed the Swiss Machine. In order that the athlete successfully conducted daily 4-hour workout, his diet was designed to simultaneously be high, but it does not make the climber more sluggish. Pre-workout Stack usually eat sandwiches with butter and honey, fruit and drank a couple of cups of coffee, and after training preferred risotto with mushrooms. Unfortunately, in the spring of 2017 to the famous mountain climber from Switzerland died while attempting to conquer Everest. 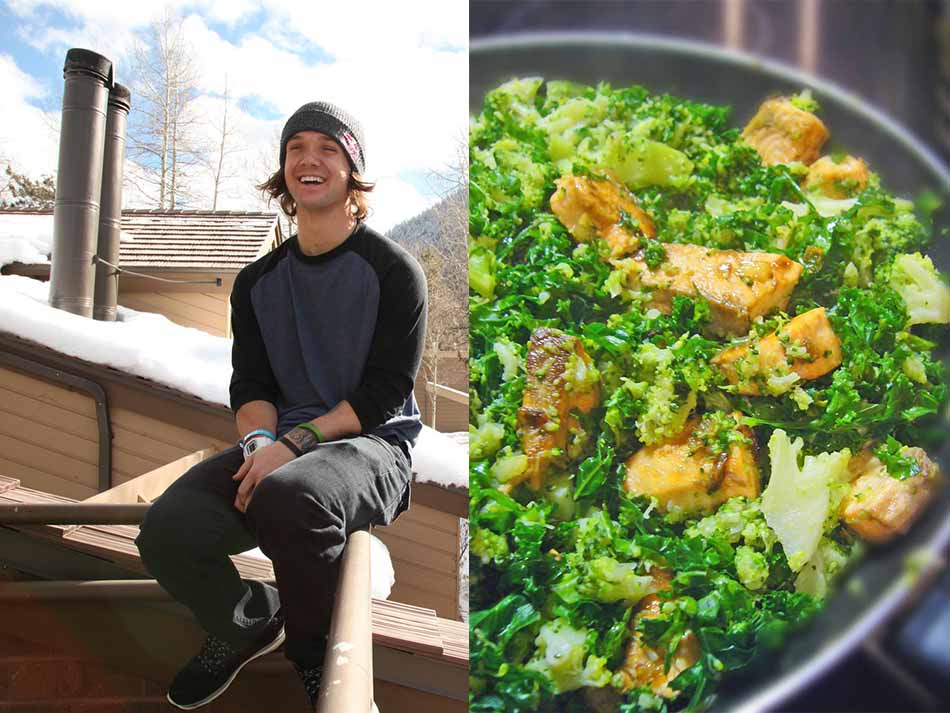 Snowboarders usually don’t bother much in the choice of food and can eat a lot of cheeseburgers. But Olympian Louie Vito decided that in order to be the best of the best, he needs proper nutrition. Now his dinner usually consists of salmon, pasta and broccoli. 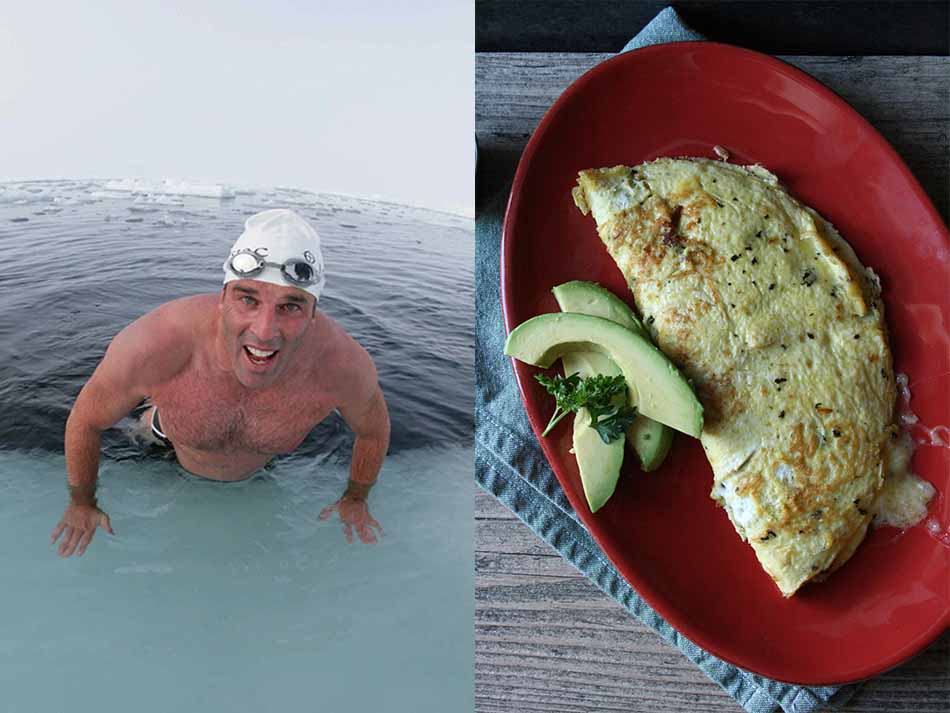 Scientists have proven that swimmers spend a lot more calories than many other athletes. This is especially true of swimming long distances. 45-year-old Lewis Poo from South Africa known for having sailed 140 miles around the Maldives and took part in the race on 1 km at the foot of Everest. This swimmer-extreme considers most important in the diet of a nutritious Breakfast. After a warm-up swim in the Atlantic ocean an hour and a half he prefers scrambled eggs with cheese and salmon, yogurt and strawberries. 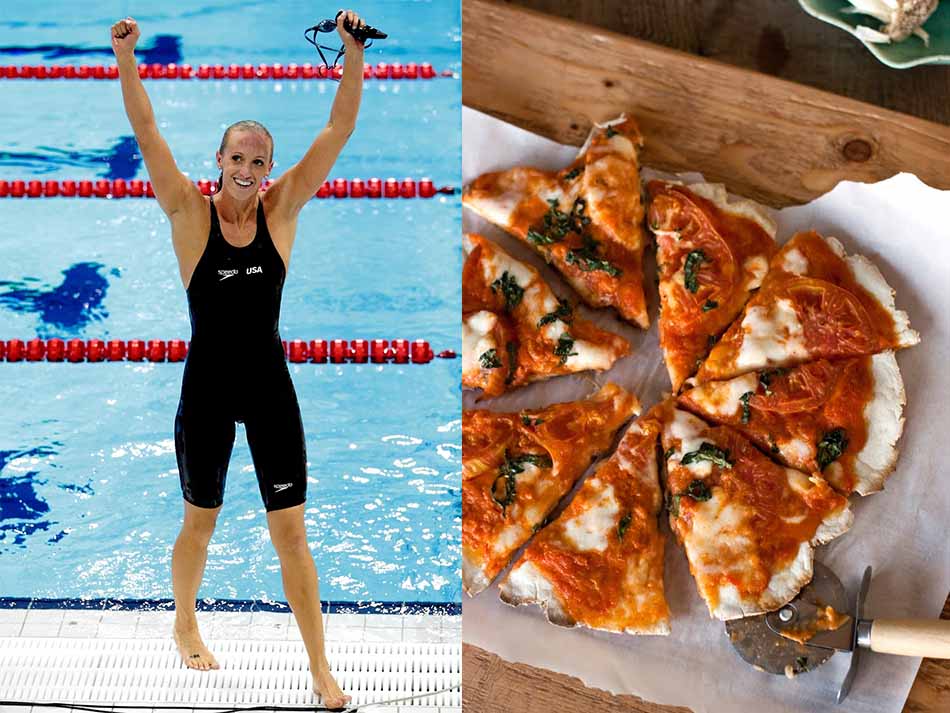 American swimmer Dana Vollmer, 4-time Olympic champion and multiple world champion, suffers from gluten intolerance. But the athlete needs to consume more calories. Their main source is carbohydrates contained in cereals, most of which contain gluten. However, the American found the best dish is a special gluten-free pizza. 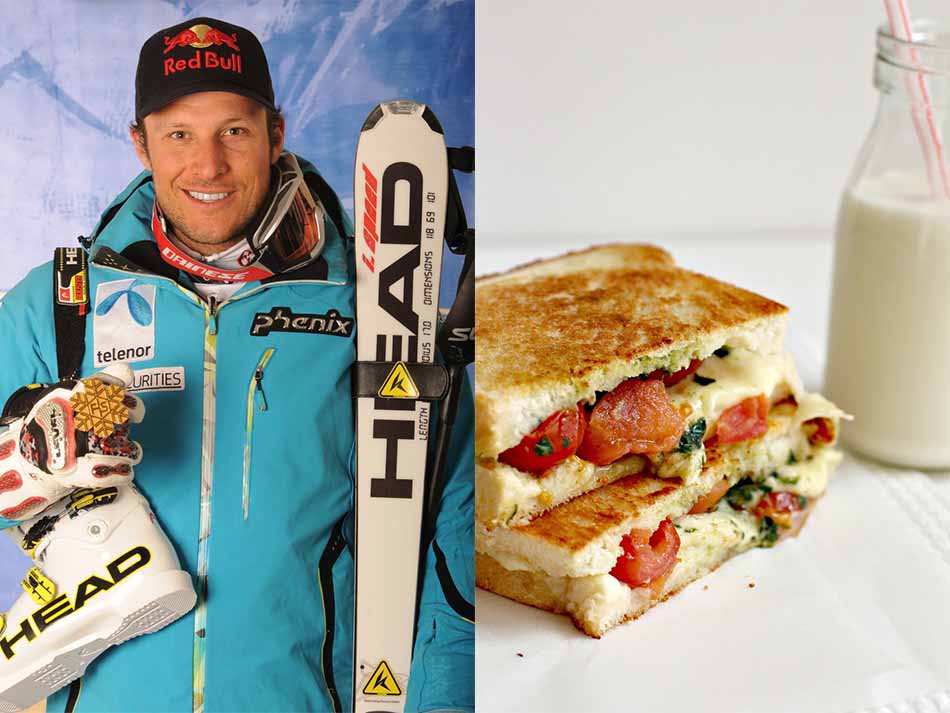 Aksel Svindal Norwegian Alpine skier, so it would be logical to assume he eats a lot of salmon. But it’s not so predictable — Olympic champion and two-time world champion prefers a classic big sandwich with lots of vegetables and Turkey. All this he washes down with a glass of one percent milk.