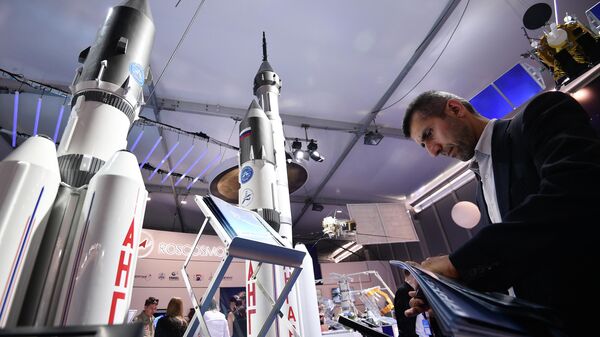 “Changes were made in the state contract for experimental design work “the Cupid” with the inclusion of works on modernization and further development of the family … there will be discussed the option to create a PH “Angara-А5ВМ” with reusable return steps”, – is spoken in the message.

It is noted that the upgraded “Angara-А5М” by the time the first launch in 2024, will be improved. Structural mass will be reduced, also the rocket will get upgraded engines and control system.

In 2018 one of the ideologists of the family of rockets “Angara”, the General designer of launch vehicles Alexander Medvedev has suggested to make reusable launch vehicle increased payload “Angara-А5В”.

According to the concept Medvedev, after starting a bunch of first and second stage (four side block of the first stage and the Central block of the second stage) without separation from each other, as it should be at start-up “disposable” “the Angara”, continue to fly until separating them from the third stage with the spacecraft.

Then the third stage continues in its program, and the combination of the first and second stages produces a braking pulse takes place in the air and flying engines down. Before planting, the Central unit includes a motor for braking and rocket “sits” on the pull-out support as the Falcon 9 rocket from SpaceX.

To ground missile is offered on a floating platform in the sea of Okhotsk in 1360 kilometers from the spaceport. If reusable “Angara” will land on the Eastern spaceport, that is, the location of the launch, its payload capacity will be reduced from 40-50% of the potential 37 tons, was noted.

It was reported that the creation of a reusable version of “Angara” will require design rework, retrofit carrier landing piers, a control system during landing, additional systems thermal protection. This will increase the mass of the rocket by 12%. Plus, the return of the missile will require about 7% of the total volume of fuel in the carrier. After completion of reusable “Angara-А5В” can withdraw from the Vostochny cosmodrome 26-27 tons, and 37 tons, as in a disposable version.

Thanks mnogorazovogo, the cost of removing the goods using the “Angara” in low orbit (200 kilometers) can be reduced by 33-37% in comparison with a one-time start-up, and in geostationary orbit (36 thousand kilometers) at 22-27%.

“Angara” was launched only twice, both from the Plesetsk cosmodrome. First time – in easy execution in July 2014. The second time experienced a heavy “Angara-A5” in December 2014. As reported, the next launch will take place this year.

Carrier rockets of type “Angara” are environmentally friendly, as their engines run on kerosene and oxygen, without the use of highly toxic heptyl. All the family, designed in a modular type, comprises several classes of missile carrying capacity from 3.8 tons to 37 tons for launches from the Plesetsk cosmodrome, and in the future in the East.