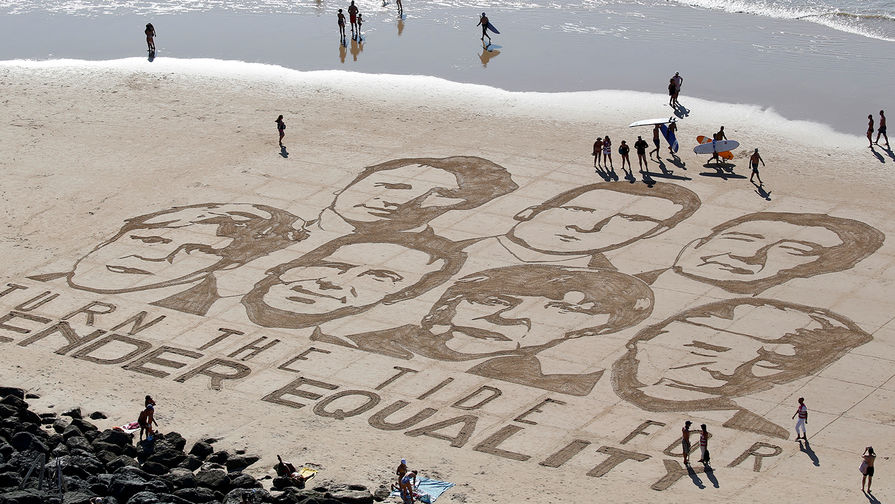 The United States to discuss with Russia its participation in an expanded G7 summit, said the US Ambassador to Russia John Sullivan. May 30, the White house announced that the G7 summit will be held in September, with a possible participation of Russia, South Korea, Australia and India. Trump has long insists on the need to include Russia in “seven”. Expanding the number of club members, the President hopes to create an anti-China coalition.

USA does not refuse from the idea to invite Russia to join the G7 summit, which was moved in the fall. About it told the United States Ambassador to Russia John Sullivan in an interview with RBC.

“We are now working on the details and discussed with the Ministry of foreign Affairs of the Russian Federation and governments of other participating countries, the issue of having an acceptable role for Russia at this summit,” he said.

The summit “the big seven” was originally scheduled for June, to receive guests of President of the United States Donald trump as the leader of the country-the President had planned in his residence in camp David. The pandemic coronavirus, the event was postponed, however, in late may, the head of the White house pondered to hold the summit as planned in June.

In this case, the G7 summit could become the first diplomatic event where world leaders would meet in person after months of restrictions due to the coronavirus. And for the head of the White house it was quite an ambitious and important plan. To host the members of “seven” is the best message to the world and, above all, to their voters that the United States has successfully coped with the pandemic and was ready to be first in combating the effects of coronavirus.

The idea, however, failed, invitation trump rejected German Chancellor Angela Merkel. Officially — because of concerns related to the coronavirus. The head of the White house again has decided to reschedule the summit in the fall, but this time came up with a new plan that would make the chairmanship of the United States and receive “seven” special — to expand the number of invited guests.

“I’m saving it because I don’t feel that the G7 adequately represents what is happening in the world. This is a very outdated group of countries,” said trump, adding that he wants to invite to the summit, four more countries: Russia, Australia, India and South Korea, turning it into a G11.

Against this initiative was immediately supported by the UK and Canada. Russia was excluded from G8 in 2014 due to the annexation of the Crimea, which he referred to the leaders of these countries.

“Russia was excluded from G8 after the invasion of the Crimea, and she continues to disrespect international rules and norms, so she remains outside the G7 group and will remain outside of this group,” said canadian Prime Minister on 1 June.

About the same was declared also by the representative of the Prime Minister of great Britain. “Russia was removed from the G7 after the annexation of the Crimea [in 2014] and since then has not shown any changes in his behavior that would justify her return, he said. We would not support its return as a member of this group.”

While representative Johnson said: “We need to examine exactly what you offer US. The fact that the presidency of the G7, invites other leaders as guests — a common phenomenon.”

%Indeed, the United States as Chairman of the “Big seven” unable to invite Russia to the summit as an observer, without changing the composition of the participants. In all likelihood, discussing “the question of whether an acceptable role for Russia at the summit”, I mean exactly Moscow’s invitation as a guest.

“I might be politically incorrect, but like it or not, we need to solve the world’s problems. And in the G7, which used to be the G8, decided to get rid of Russia. Now ought not to put it back, because we need Russia to be at the negotiating table”, — said the President of the United States in 2018.

“There are people who would like to see Russia back. I think this would be useful for much of anything in the world. I think it would be positive. There are those who agree with me, and we discuss it. Don’t know what exactly we will make the decision, but last night we were discussing Russia — do we want to invite her to come back or not,” said Donald trump last year.

In other words, in this initiative the White house is showing unusual for it persistence, despite the opposition of other countries “sevens”.

Russia, however, reacted to the hospitality trump cool enough.

“The idea of an expanded meeting of the group of seven in principle is moving in the right direction, but does not provide truly universal representation. Thus it is obvious that without the participation of China is hardly possible to realize serious projects of global importance,” said June 2 the representative of the Russian foreign Ministry Maria Zakharova.

She also noted that Moscow agreed with the President of the United States that the “seven” in its current form, “a very outdated group of countries” that do not reflect properly what is happening in the world.

“Agree with this approach, she said. — Our position on this matter is well known. To resolve issues of world politics and Economics in the exclusive clubs of the Western countries is impossible. It is an objective reality”.

Zakharova thus pointed to an already existing efficient format, such as the Group of twenty, which are represented as States of “seven” and BRICS.

Russia’s reaction to trump’s words reflect the motivation of the White house and the attitude of Moscow. The Russian side indicates that it considers expedient to solve global problems with China, with whom she has established warm and friendly relations, while the President of the United States believes Beijing is one of such global problems. The expansion of the “big seven” trump sees in the framework of strengthening its positions in the confrontation with China, said Deputy Director of the Center for comprehensive European and international studies, NRU HSE Dmitry Suslov.

“Here are a few certain factors, chief among them is the China factor. The containment of China trump is positioning as one of the main themes of the G7 summit, and he, of course, I would like to connect Russia to the system of containment of China,” — said the expert.

In this vein, it seems logical and the initiative of the head of the White house to include in seven Australia, India and South Korea. Australia and India are partners of the United States for a Quadripartite dialogue on security issues in the Asia-Pacific region. The fourth country in the “square” is Japan. The basis for cooperation of the countries have their concerns regarding China’s policy, accordingly, the coalition of mostly anti-Chinese character.
Donald trump also wanted to see the G7 as a wide club on the resistance of China, South Korea, as one of its main partners in the region.

However, Russia has repeatedly signaled that he plans to play with Washington against Beijing. The reaction of the foreign Ministry of the Russian Federation on the initiative of the tramp was also a hint of this fact.

Meanwhile, anti-Chinese rhetoric from the White house is intensifying ahead of presidential elections. The theme of confrontation between the USA and China has already become one of the Central issues in this election campaign, and, apart from the fact that Washington sees Beijing’s greatest threat, there is another reason why the factor of China is now actively unwinds the President’s team.

Pandemic coronavirus deprived trump his trump card in the fight for the presidency — low unemployment and economic growth. In addition, the outbreak intensified anti-Chinese sentiment in the country.

“In this situation, Trump has no choice, but to blame this on China, to translate arrows and to say that all the problems which American society and economy has faced in the year 2020, China is to blame. Accordingly, the more rigid is the anti-Chinese policy, the greater good is the trump protection of American interests and the punishment of China for the problems faced by America”, — says Dmitry Suslov.