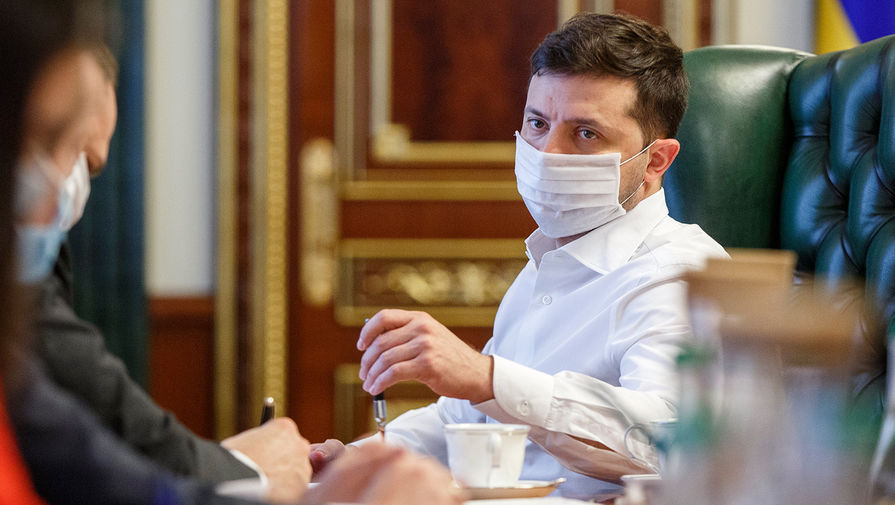 The President of Ukraine Vladimir Zelensky said that Ukraine is an independent country, from which “no one may claim”. So he said to be attributed to Moscow’s offer to July 6, the draft amendments to the Constitution that would perpetuate in the Donbas special status. A day earlier, a meeting of advisers to the heads of the countries “Norman Quartet”, which was devoted to the settlement of the conflict in the South-East of Ukraine.

Ukrainian President Vladimir Zelensky said that Russia has no right to demand anything from his country, as Ukraine is an independent state.

“First, no one from the Ukraine can not demand anything, we are an independent country. I think that all need to work on rhetoric. Moreover, it is an international rhetoric,” he said, answering the journalists ‘ questions relative to the proposal to grant the project on special status of Donbass until Monday. This proposal had been Moscow.

Yesterday in Berlin hosted a meeting of the political advisers of the leaders of “Norman Quartet.” These negotiations were attended by Dmitry Kozak, who represented the Russian side, Jan Hecker — from the German side, with the French — Emmanuel Bon, with Ukrainian Andriy Yermak.

Shortly before the meeting portal Der Spiegel reported that allegedly the Russian side insists that Ukraine to July 6, presented in the contact group a draft for amendments to the Constitution, to secure in it the special status of the breakaway republics of Donbass. The requirement also allegedly included the submission of “without conditions” list held in the DNI and LC, so that it is subsequently possible to exchange.

While Der Spiegel referred to the informal working paper of the Russian delegation, which allegedly received in the editorial office.

With regard to these negotiations, Zelensky said that he is not ready to comment on their results. “I know very well the meeting went, in detail. More is nothing to comment on that,” he said. He added that he has not discussed this issue in more detail with the head of his administration Andriy Yermak.

Previously, the office of the President of Ukraine said that the meeting of advisers “a step closer to the summit in Berlin”. The Ukrainian side also noted that “the Russian side took a break to prepare the response to a consolidated position of Ukraine, France and Germany.” But in the office of the Ukrainian leader did not specify what Russia has taken a pause.

Meanwhile, the Deputy head of the presidential administration of Russia Dmitry Kozak said that the negotiations in Berlin not lead to any breakthrough in resolving the conflict in the Donbass. “To say there’s a breakthrough, don’t you dare. Today had difficult detailed discussion on all aspects of conflict resolution in accordance with the Minsk agreements,” he said yesterday.

Kozak said that “failed to obtain from Ukraine a clear, coherent answer as to when prepared this document for amendments to the Constitution in terms of decentralization”, although this is envisaged by the Minsk agreements, under which the Ukrainian side put his signature in 2015.

According to the adviser, during the meeting “there have been attempts to determine the specific date of the “Normandy summit” at the highest level”, but still “very early” to talk about a specific date for such a meeting.

The reason it is called large amount of work that must be done at the end of last summit in Paris, which took place in 2019.

First of all it concerns the Ukrainian side, which should take dozens of laws and harmonize them with the Donbass, said Dmitry Kozak. The politician said that from Kiev sound suggestions about “Donbass no status do not need,” as the country and so is being decentralized. “But this decentralization, which is held in Ukraine, no one has seen — neither Ukrainian citizens nor residents of Donbass”, — noted Kozak.

But at the same time, he pointed out that currently managed “to get closer to what should be adopted a set of additional measures to cease fire”. To finalize such measures have not yet succeeded, but it can be done “over the phone”.