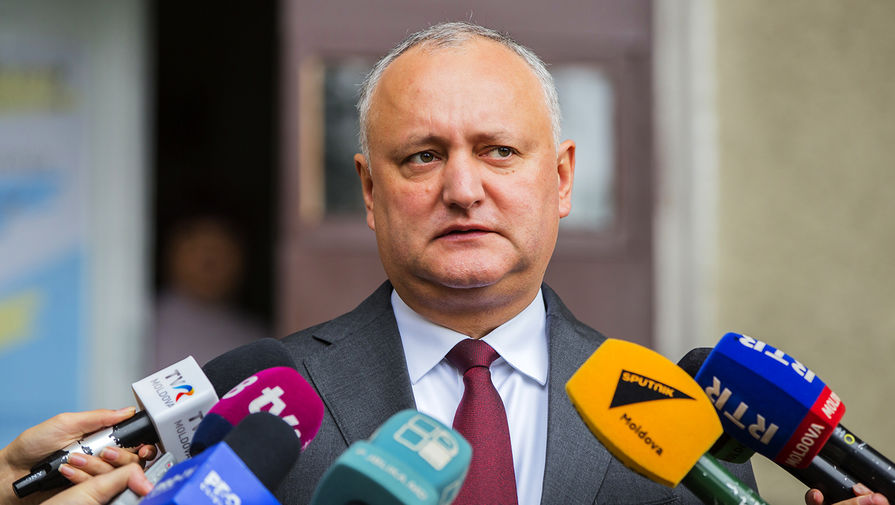 In Moldova political crisis continues. President Igor Dodon promises to do everything possible to disband the Parliament and to organize the country’s early elections. To such statements, it summed up the collapse of the ruling coalition: more than 15 deputies joined the opposition, which the Pro-presidential forces lost the majority. However, to carry out his threats, the head of state will not be easy.

The President of Moldova Igor Dodon promised to do everything possible to dissolve the country’s Parliament. The corresponding statement he made on Friday, commenting on the situation in the legislature, where a coalition of the socialist Party and the Democratic party lost the majority because of the transition of deputies to the opposition.

The President believes that this situation has developed because of the bribery of deputies of the oligarchs.

“It’s a shame, it’s a mockery of Parliament, of democracy, over the opinion of the citizens. In this Parliament already has 16-17 members, who bought. I will do everything possible to in the near future to run all the procedures necessary for holding early parliamentary elections, which is the only solution”, said Dodon.

To the conclusion that bribery of President summed up the recognition of the Deputy Dmitry Inside. Initially moving from the ruling coalition to the opposition, he then passed the mandate, saying that his bribe. According to the head of state is not the only case. Several socialist lawmakers who have received similar proposals, addressed to the Prosecutor. According to their statements was prosecuted.

Less important were colleagues of the socialists of the democratic party. Because of the split in their faction collapsed and the ruling coalition. For several months the faction of the party left the deputies, turning into the ranks of the competitors from opposition groups, Pro-European deputies of the Pro Moldova.

The reason for the split was the desire of the opposition to overthrow the government of the ion chicu.

For this step, the Parliament called on the leader of the Pro Moldova Andrian CANDU. He was supported by many opposition members, including former partners of the socialists in the government of the right bloc ACUM, as well as deputies from the party “shore”, whose leader, tycoon Ilan Shor is hidden from the Moldovan justice in Israel.

The candidate emphasizes that the consolidation of the deputies is needed only for the resignation of the current government, not the formation of a new Cabinet. This suggests that the new government in the near future is unlikely to be approved. If the Parliament twice failed to approve the government, the country will really come to new early parliamentary elections.

“I do not exclude that the government after all the games of the opposition can go on this principle. In this case we have two options when can take early parliamentary elections.

I think that it would be good to hold them simultaneously with the presidential. Why? In order not to waste time two times,” — said Igor Dodon.

While Moldovan legislation provides that between elections at the national level, should take at least six months, respectively, if there is a need for early parliamentary elections, they will have to wait until spring 2021.

As noted in conversation with “Газетой.Ru” the expert of the International Institute of humanitarian and political studies Vladimir Bruter,

the Dodon there are no legal tools for the dissolution of Parliament.

“This statement should be perceived as political. He would like to do it, but can not” — said the expert.

The words of the Moldavian leader to show its desire to get rid of the Pro Moldova. However, as pointed out by Bruter, even if to achieve this goal succeeds, the election will certainly not get rid of the party “blinders” who hold the same views.

In addition, surveys show that loyal to the President of the socialist Party in any case fails to form a sole majority.

“Now Dodon need to prepare for the presidential elections. He has a good chance to win, although the situation in Parliament is certainly affected by the political situation in the country”, — the expert concludes.