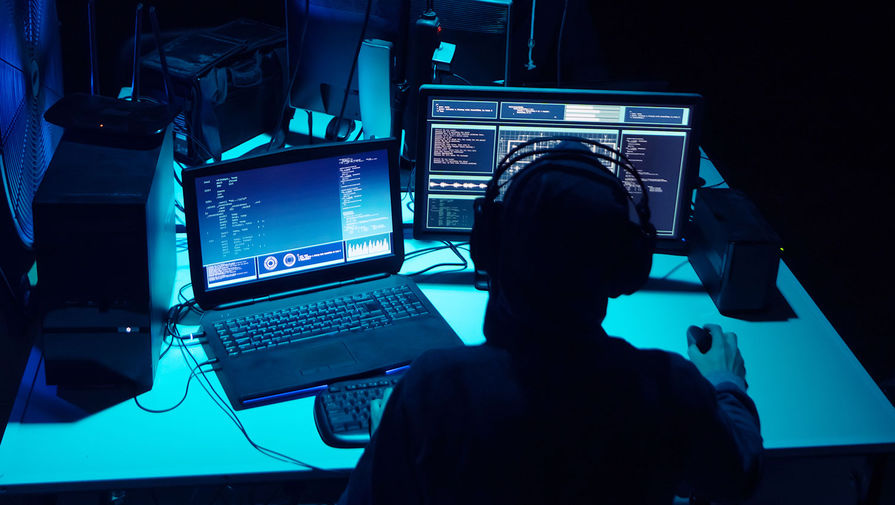 Between the US and the EU have been a new point of tension — the parties prefer different approaches to the protection of personal data, and it is already affecting the work of European and American companies. Relations of Washington and Brussels have seen better days, and clashes about privacy can only aggravate the situation. The US openly accused Europe of coating cybercriminals. However, criticism of the U.S. more aimed at protecting major American companies doing business in the EU.

In the relations of Washington and Brussels there is a new fault line — this time we are talking about the difference in approaches to the protection of personal data. Private arrangements of the parties in this direction causing friction between the allies, as they affect one of the main components of their interaction — business.

Washington and Brussels are quite sensitive to the protection of personal data of its citizens, the leading countries of the West are focused on the preservation of confidential information, but to achieve goals use their own methods.

The main critic here are the United States, because American companies in the last few years are more likely to suffer from incidents of leakage of user data. Scandals have affected such market giants like Google, Facebook and Twitter, in particular, the network got the personal data of Europeans, forcing the EU to respond in accordance with the laws of the Association.

In this case, applies not only to leaks. The same Google is obliged to pay approximately €50 million for violating user privacy and misuse of permit the display of customized advertising. In late June, the Supreme court of France confirmed that the company must pay a fine because he broke the rules of data protection of the European Union (GDPR).

We are talking about the mechanism, which began operating only two years ago and, according to Brussels, is running quite successfully. Regulations tightened liability companies that process data of residents and EU citizens, regardless of their location. And it is this document that has drawn criticism from the United States.

Indeed, there is the issue of the relationship of the two approaches to privacy, gradually the questions arise, who and how has the right to access databases of users, said in a conversation with “Газетой.Ru” the Director of the Center European information Nikolai Topornin.

“Europeans want to be sure that data of their citizens and companies will be protected for them in the first place. In the U.S. put up the fight against terrorism and cybercrime, the need of personal data protection”, — said the expert.

As the Deputy assistant Secretary of state for ciberpolitica Rob Strayer in an interview with Politico, Washington is concerned about the work GDPR seems to be one of the main “diplomatic problems”.

“We have serious concerns about its overly restrictive consequences for public safety and law enforcement. We definitely believe that divergent interpretations [of the law] are also a problem that hinders some types of commercial activities,” — said the diplomat.

From the US perspective, the European regulation in the field of data protection can work in favor of various “scams” or other cyber criminals. In the current environment, it can supposedly be a negative factor, as the world has witnessed the surge of cyber crimes in the background of the pandemic coronavirus. In addition, according to some Western experts, the GDPR is technically able to prevent the interaction of world countries in the development of a vaccine against the virus.

However, an active campaign against the European regulation has intensified after the failed appeal, Google in the French court, that, most likely, was the catalyst for the United States. In this case, Washington is likely to criticize the EU law in order to protect American companies that makes a statement about the “danger” GDPR somewhat strained.

To deny a particular difficulty for American firms when working with data in the EU is impossible. In fact, they need to comply not only with U.S. law and regulations of the European Union, but also to take into account the so-called “Shield of privacy” (Privacy Shield) — an agreement created to regulate the transatlantic exchange of personal data for commercial purposes.

Recently, however, in Europe, increasingly there is talk about a possible cancellation of the Treaty with the United States that threatens billions of euros in digital trade for the Americans. Such a decision in mid-July, may make the court of the European Union that hinted the European Commissioner for justice, Didier Reynders at a press conference in late June.

Thus the situation could be repeated in 2015, when the EU court annulled the U.S.-European Safe Harbor agreement, “the Shield of privacy” actually was his replacement, eliminating the claims of Europe’s lack of data protection from the United States.

The problem with a trade agreement reinforce the criticism of the American side in the framework of the GDPR, as the destruction of Privacy Shield regulations will be a key element for American companies on the European market in the field of privacy.

If you move away from the priority aspect associated with the business, mainly the United States criticized the European mechanism due to the lack of any loopholes for law enforcement — this can create obstacles in the fight against cybercrime.

The fact that the GDPR entry into force two years ago, the process of interaction between relevant bodies and organizations that control the database with the domain names of the users in the network, difficult. If early to determine it was enough to send a request via the WHOIS database, it is now necessary to obtain a court order — this slows down the process of searching for suspects, making it less effective.

In addition, opponents of European regulation complain about the lack of clarity in some of its provisions. However, the EU authorities do not see any problems in the GDPR, in particular, the default mechanism does not provide contact information for the owners of domain names.

“By the Europeans, there is some doubt that US intelligence agencies will not be able to circumvent the protection of databases. And will be some exceptions to gain access at the time of the investigation, and use user data for surveillance”,

However, indicative of the calmness of European authorities does not reduce the degree of criticism from the United States, which, in General, considering the rules of the EU as a threat “to people worldwide.” Given that the relationship of the parties lately are not in the best condition, the debate around privacy is unlikely to contribute to their improvement.

The list of contradictions is only increasing. If you take the digital sphere, not to mention a dead-end negotiations on a global tax for digital technology companies and the US abandoned the discussion, threatening the Europeans with retaliation in case of restrictions.

Likely the gap “Shield of confidentiality” can only deepen the confrontation of the parties, especially causing damage to the control data exchange on TRANS-Atlantic flows. Of course, eventually the parties come to a new agreement, but the compromise will be under pressure from the American election campaign, which is unlikely to benefit the negotiation process.

Dispute resolution EU and the US in this area requires the creation of a special mechanism, said Topornin, otherwise the differences between the parties will only continue to grow. However, the search for a solution is only possible with the convergence of American and European legislation in this matter.

“It’s not always easy to do, even in agriculture there is conflict in the US you can sell products with GMOs, and in Europe there. In the case of privacy can occur with the same opposition due to inconsistencies of approach to this issue”, — concluded the expert.