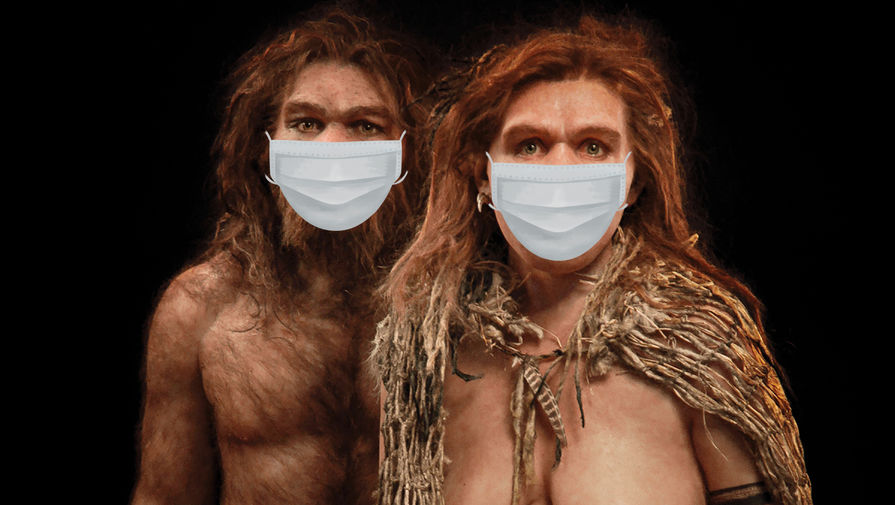 Vulnerability to coronavirus was given to humans from Neanderthals — genes that increase the risk of severe COVID-19, fell from them to the people, about 60 thousand years ago, according to German scientists. Perhaps at the time these genes are protected from other diseases, causing a reaction of the immune system, however, in the case of SARS-COV-2 the reaction is too strong and harm the patient.

The portion of DNA that increases vulnerability to coronavirus, people got around 60 thousand years ago from the Neanderthals, found researchers from Institute of evolutionary anthropology of max Planck in Germany. It is unknown why this DNA fragment makes people more vulnerable and how to protect its carriers, but the researchers hope to figure it out in further studies. “Газета.Ru” I studied the work, published in the preprints and BioRxiv.

It is already known that for some groups of the population, the coronavirus SARS-COV-2 more dangerous than others. At risk: men, older people, people with chronic diseases. Play a role, and genes — previously based on a sample of patients from Italy and Spain, scientists were able to detect two areas of the genome that are associated with high vulnerability to the coronavirus. One of them, located on the third chromosome, as it turned out, was inherited from Neanderthals.

The authors identified six genes, certain variants of which increase vulnerability to SARS-COV-2. Traced their occurrence in the population, the researchers found that these genes came from Neanderthals to modern humans about 60 thousand years ago. To do this, the researchers turned to a database of Neanderthal genomes —

it turned out the variation that increase the risk of severe COVID-19, met at the Neanderthal who lived more than 50 thousand years ago in Croatia.

The prevalence of these genes varies depending on the region, in Bangladesh at least one copy of “vulnerable” gene has 63% of the population. In South Asia almost one-third of the population are carriers of this genetic fragment.

In Europe, however, “vulnerable” Neanderthal genes have only 8% of the population in East Asia — 4%, and in Africa people with these genes do not.

Also found out that people with two copies of “vulnerable” genes are three times more likely to suffer COVID-19 in severe form compared to those who have these genes do not have.

Scientists emphasize that this is only preliminary data, which has yet to be tested.

“At the moment it’s just a guess,” they say.

The ancestors of modern humans came out of Africa about 60 thousand years ago and, settling in Europe, Asia and Australia, came into contact with Neanderthals. The main part of the Neanderthal DNA has not caught on in the gene pool, many genes mixed with human, led to the disease and hindered the birth of children.

But some, obviously, gave an evolutionary advantage, therefore, preserved. For example, one-third of European women have inherited from Neanderthals hormone receptor that increases fertility and reduces the risk of miscarriage.

Part Neanderthal genes could protect from viruses, the scientists suggest. By the time people settled in Europe and other regions, Neanderthals already had to face prevalent in places with viruses to develop protection against them. Once to people, these genes increased their survival under the new conditions and survived to the present day.

Presumably, the genes that increase vulnerability to coronavirus, was initially able to defend against other viruses. But it was tens of thousands of years ago, and today the situation has changed.

The researchers suggest that they cause an immune response, which fought against other viruses. However, when the body gets coronavirus, this reaction is too strong and harmful to the person.

It is observed that severe coronavirus infection is often associated with rapid autoimmune reaction that leads to inflammation and formation of scarring in the lungs.

In particular, this discovery may explain why in the UK people born in Bangladesh die from COVID-19 more often, scientists say.

The question remains, how much Neanderthal genes affect the risk of complications COVID-19 apart from other factors. Currently, researchers are studying a large sample of patients to understand this. You might also need studies that track the distribution of these genes in the population with their appearance to the present day.

“The evolutionary history of the DNA fragment can give us some clues,” say the researchers.

They expect that more information about the “vulnerability genes” will allow you to learn more why they are so dangerous today and how to protect their carriers.